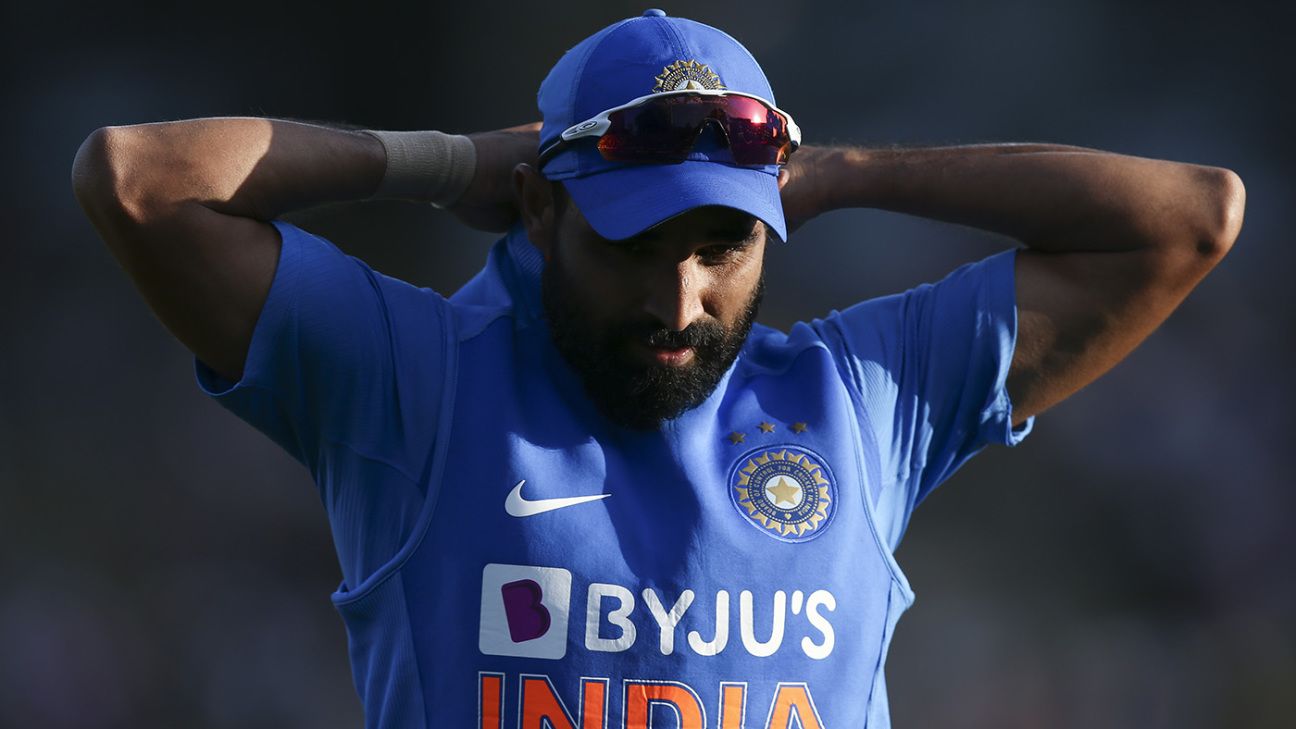 India fast bowler Mohammed Shami has said that he had thought of committing suicide thrice while battling personal issues a few years ago, forcing his family to keep a close watch over him at the time. He said family members feared he “might jump” from their 24th floor apartment.

Shami opened up on this aspect of his personal life during an Instagram chat with his India team-mate and limited-overs vice-captain Rohit Sharma.

“I think if my family had not supported me back then, I would have lost my cricket. I thought of committing suicide three times during that period due to severe stress and personal problems,” Shami said on Saturday.

Now one of the mainstays of India’s bowling attack across formats, he was struggling to focus on his cricket back then. “I was not thinking about cricket at all. We were living on the 24th floor. They [family] were scared I might jump from the balcony. My brother supported me a lot.

“Two-three friends used to stay with me 24 hours. My parents asked me to focus on cricket to recover from that phase and not think about anything else. I started training then and sweated it out a lot at an academy in Dehradun.”

In March 2018, Shami’s wife Hasin Jahan had accused him of domestic violence and lodged a complaint with the police, following which the India player and his brother were booked under relevant sections.

There were also other allegations of wrongdoing levelled against Shami by Jahan, which the BCCI’s anti-corruption investigated and cleared him of.

The upheaval in his personal life forced the BCCI to withhold his central contract for a while. Following the 2015 World Cup, Shami also had a knee injury and fitness concerns to deal with, which, he said, took a toll on him.

“Rehab was stressful as the same exercises are repeated every day. Then family problems started and I also suffered an accident. The accident happened 10-12 days ahead of the [2018] IPL and my personal problems were running high in the media,” Shami said.

Shami said his family stood like a rock with him and the support helped him get back on his feet. “Then my family explained that every problem has a solution no matter how big the problem. My brother supported me a lot.”

Speaking of his injury issues, Shami said: “When I got injured in the 2015 World Cup, after that it took me 18 months to fully recover, that was the most painful moment in my life. It was a very stressful period.”