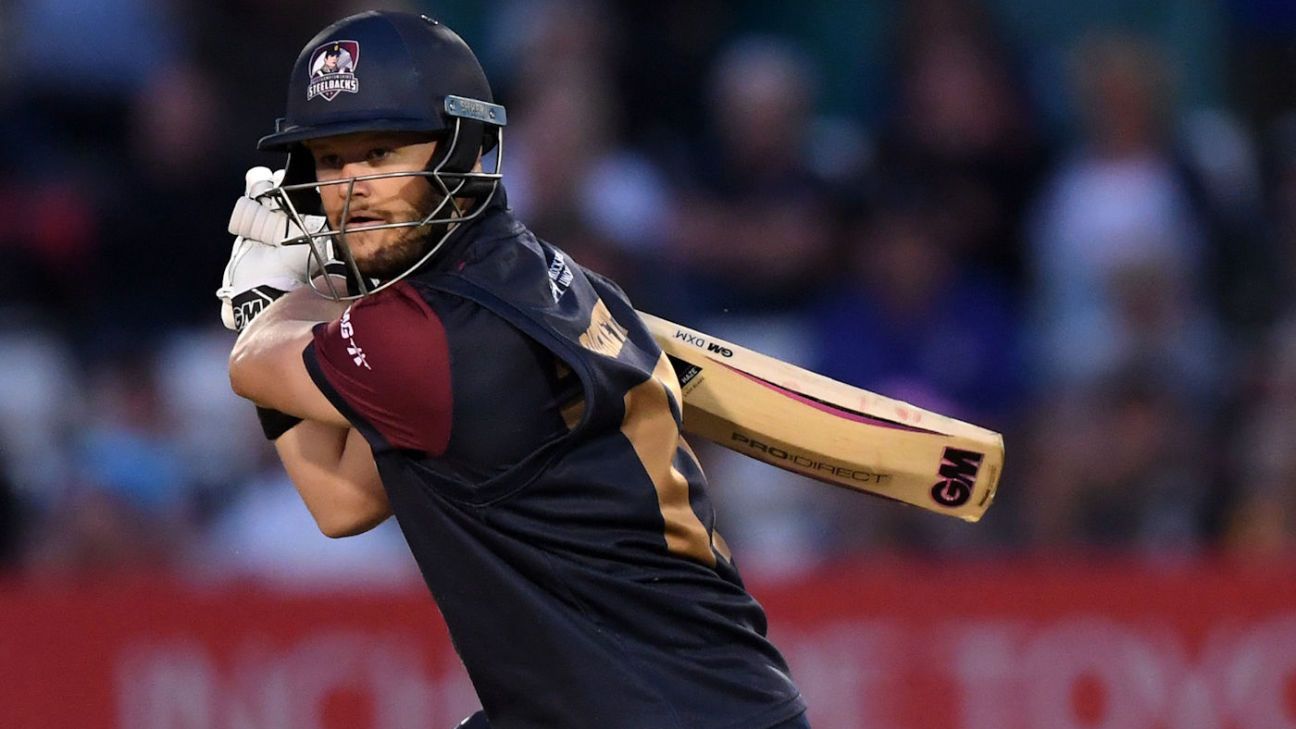 Winter can be a strange time for county cricketers. Once a period of rest or temporary work, the off-season has turned into a six-month bonanza of opportunity for many: T20 franchises are desperate to spot hidden gems outside of the international set-up, representative sides tour ever more frequently, and there are chances to learn or to make a point at every turn.

But for Ben Duckett, last winter could hardly have been worse. It included a fine and a suspension after pouring a drink over James Anderson during England’s ignominious Ashes tour; omission from the Lions squad to tour the West Indies in the spring, and surgery on his left hand which ruled him out of the North v South series. It was, he reflects, “the lowest point of my career”.

Fast forward a year, and there is a chance for redemption. Named in the Lions squad to tour India despite an underwhelming season which he describes as “my worst so far on the pitch”, Duckett has the opportunity to pile on the runs, and make the case that his unquestionable talent rather than his unruly reputation should be what makes him stand out from the crowd.

“People have opinions on me,” he admits, “and I completely understand why they do. Getting the call-up when I’ve not necessarily done that well over the last 12 months shows there’s backing from the selectors and the coaches – they want me in there, which is such a positive for me.

“I’ve made mistakes in my past and I’d be the first to admit that. Every time I have, I’ve been furious with myself. The management have backed me and shown faith in me. That tells me that the past is in the past, and I’m not going to think about it too much – it’s done now, and there’s nothing I can do about it. But thankfully, I’ve been given a great opportunity to represent the Lions again, so now it’s just down to me to go and perform.”

Duckett is in the squad for the duration of the tour, meaning he will have five 50-over games and two unofficial Tests in which to impress. The trip marks Duckett’s first return to the subcontinent since England’s 2016-17 winter tours, during which he won his four Test caps. Despite a fluent fifty in defeat at Mirpur, his method against offspin came under scrutiny in India after R Ashwin dismissed him three times in as many innings, and he was dropped two games into the series.

That is not to say that Duckett is overly concerned about the challenge that spinning conditions will present. “I’ve spoken to a few people about it,” he says, “but the offspinner who I was struggling against was probably the best one in the world. Ashwin’s not just an offspinner, either – he’s got all these variations, and a lot of left-handers have struggled against him. I’m trying not to think too much about it. I know now why I struggled when I last went to India, so at least that’s a head start for me going out there this time.”

Despite his disappointment at a county season which brought only one hundred across formats, compared to three in 2017 and seven the year before that, Duckett impressed with a match-winning 75 on debut in the Mzansi Super League, and played for a youthful Hobart Hurricanes side in the Abu Dhabi T20 immediately after the season’s end.

“Playing in different teams and different conditions is great,” he says. “If I do play at that step above again, and I go and play abroad, then I can now say that I’ve played there and I’ll know the conditions well. You play with different players, different coaches, and feed off them – it’s a great experience.”

2018 also saw a move to Nottinghamshire for Duckett, after 12 years at Northamptonshire. There was no shortage of suitors as he approached the end of his contract at Wantage Road – Yorkshire was mooted as another possible destination – but the decision ended up being an easy one.

“As soon as Peter Moores came and spoke to me, it was easy. After I chatted to him I said to my agent ‘just get it done, that’s the place I want to be’. I’ve played against Notts a number of times in the past few years, and I get on with a lot of the guys there. I loved my time at Northants, but as soon as I knew Notts were keen and spoke to them, I was dead set.”

Alongside the signings of Ben Slater, Zak Chappell, and Joe Clarke, Duckett’s move to Trent Bridge was highlighted by some as evidence of wealthy counties poaching talent from smaller rivals. But from the players’ point of view, the moves are evidence of a long-term vision for the club.

“I think it’s great what Notts are doing,” Duckett says. “They’re finding young, English players who can form the core of a side over the next few years; who can step up and be at Notts for the rest of their careers.

“I completely understand people having opinions, but we’re just trying to get the most dangerous squad we possibly can. There’s a great balance between the experienced players and the younger guys, and looking forward, we should be contenders for every trophy this year.”

For years Duckett has been mentioned as a future England star, although his professionalism has been called into question since he was a teenager. It is clear to him as much as anyone that reputations are hard to shed, and it would surely benefit all parties – Duckett, Notts, and England – if his batting was the only thing to make the headlines in 2019.

Yet it is easily forgotten that Duckett is still only 24; easier still to forget that beneath the reputation lies a man with immense talent, who could well become an all-format regular at international level.

Of course, Duckett knows that competition for England places is fierce, and has few illusions about the length and quality of the queues he is trying to reach the front of. “In all formats, it’s so tough to break into the set-up at the minute: I’m not going to put any pressure on myself, and I’m not the type of person who thinks too far ahead.

“For this year, the main thing is playing for Notts, trying to win games and a couple of trophies. If one day I do get the recall then I’d be chuffed. Whatever the format, if I do play for England again, I’ll be over the moon.”