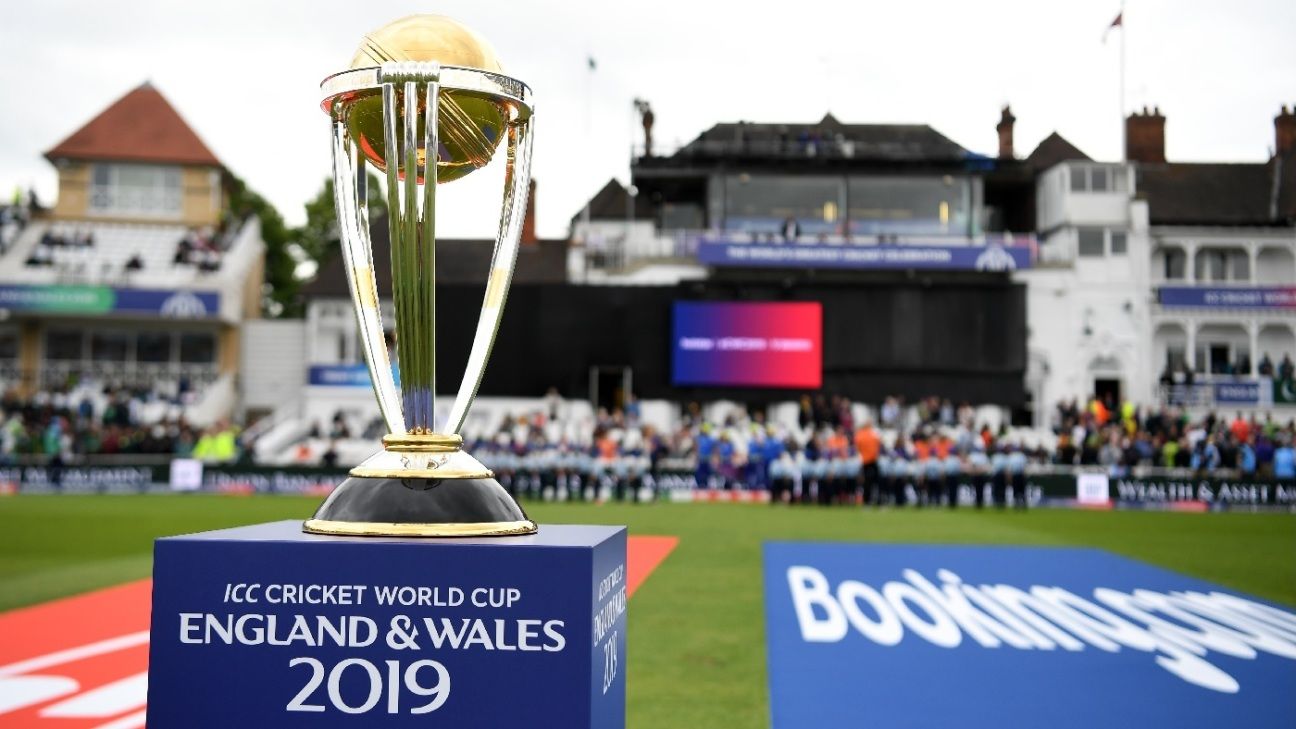 The PCB is planning to team up with the Emirates Cricket Board (ECB) to bid for ICC events in the cycle that runs from 2023 to 2031. According to Ehsan Mani, the PCB chairman, the Pakistan board intends to bid for five to six major events, aiming to win at least two of those.

The ICC had invited expressions of interest from its Member nations until March 15 for 20 global events that will be held in the 2023-2031 cycle but due to the coronavirus pandemic the meetings have been deferred indefinitely. Mani, meanwhile, has opted to initiate discussions with the ECB about the possibility of making joint bids and co-hosting events with a view to increasing the chances of winning the bids.

Since becoming an affiliated member of the ICC in 1952, Pakistan have hosted two global cricket events: the 1987 and 1996 World Cups. They were supposed to host the 2008 Champions Trophy (which was later postponed and staged in South Africa) and the 2011 ODI World Cup but lost the hosting rights as several nations refused to tour Pakistan over security concerns in the wake of rising terrorist attacks in the country.

“It is very important for Pakistan cricket and its development that some of the ICC events are played in Pakistan,” Mani said in a PCB podcast. “We intend to make a very serious expression of our interest on this matter and we will be getting full government support as well. The ICC delegation did met with Dr Fahmida Mirza, the Minister for Inter-Provincial Coordination who also handles sports in the country, and they [the ICC] got a very positive impression [of our intent and ability to host global events].

“We had expressed an interest to host five to six events and, frankly, it is likely we won’t be getting more than one or two. But we also thought out of the box to bid jointly with another country. I have already begun speaking with the Emirates Cricket Board for a team-up to increase the chances of hosting some of it together but, again, it needs cooperation. There are a few events with 16 games and then there are events with 30-40 games, so depending on the scale, the workload can be divided between us.”

For the best part of the decade following the terrorist attack on Sri Lanka’s team bus in March 2009, international cricket on Pakistani soil remained an impossibility, with the PCB also stripped of hosting rights to ICC events. But in May 2015, the PCB convinced Zimbabwe to visit for a short limited-overs series after guaranteeing them a USD 500,000 pay package. Two years later, the final of the 2017 Pakistan Super League (PSL) was held in Lahore, with an eight-member overseas contingent taking part in the high-octane clash. Since then, Bangladesh, Sri Lanka, West Indies, and a World XI side have toured Pakistan for international matches across formats and the PSL, too, has made a gradual comeback in its entirety.

“We have demonstrated through the PSL that Pakistan has what it takes to hold international games at a large scale,” Mani said. “Those 30 games were free of any untoward incidents; they were well run despite some logistical challenges, which we were able to overcome to send the message loud and clear that we have the ability to stage big matches. It’s premature to tell which events we would be bidding for but we have indicated to the ICC about our interest across the board: from youth cricket to the senior World Cups. We have full confidence in our logistic capability and infrastructure to hold them.

“But there are other countries, too, who are likely to present a strong case for their bids. But unfortunately when the “Big Three” (India, Australia, and England) emerged as a combined force and Pakistan and a few other boards couldn’t stop that from happening, the ICC had distributed all major events between them. But this won’t happen this time around. All the major broadcast markets in the world for the ICC to earn its revenue from is in the South-Asian region and Pakistan is well placed time-zone-wise as well. So, our case is really quite strong.”