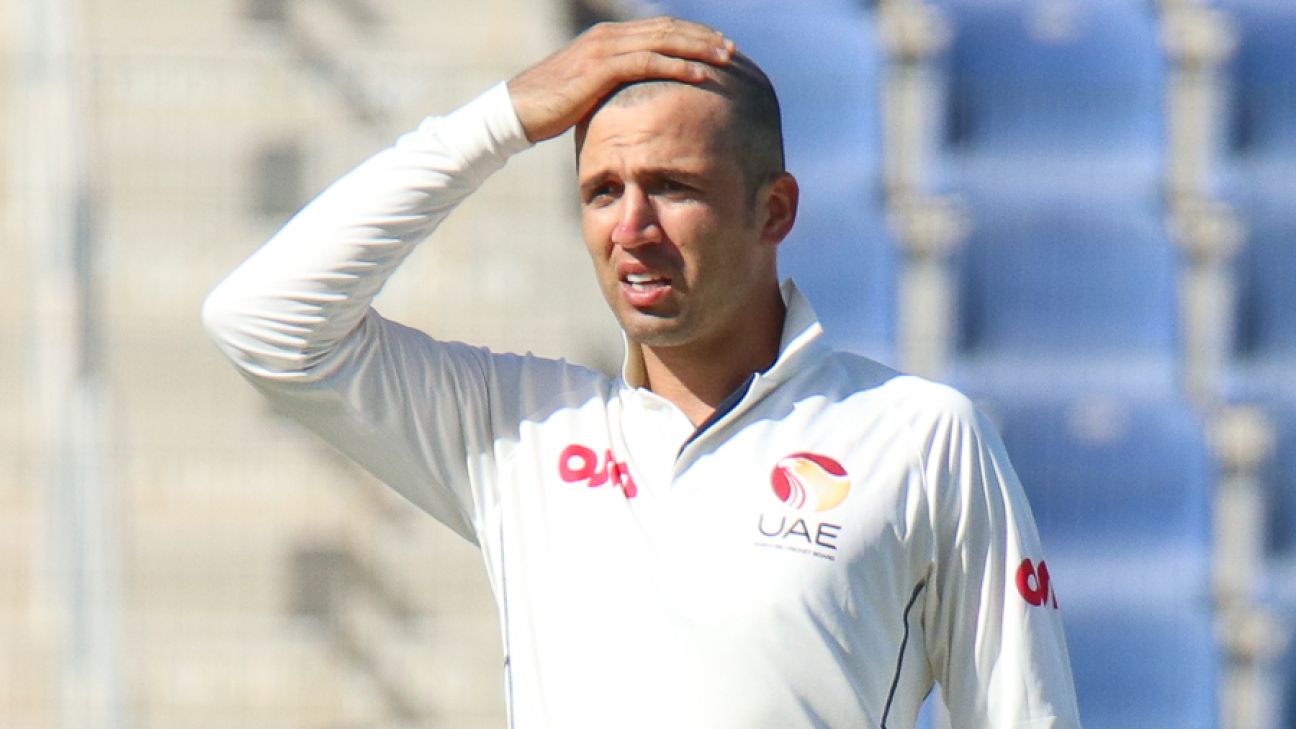 Three UAE cricketers – Rohan Mustafa, Ahmed Raza and Rameez Shahzad – who were suspended last month, were asked by the Emirates Cricket Board to issue formal apologies to the Pakistan Cricket Board for criticising ground facilities in Karachi during the Emerging Teams Cup. In a statement, the Emirates board confirmed that the apologies had been “received and accepted” by the PCB.

The players had each been handed eight-week suspensions from international cricket for violating the ‘Player’s Code of Conduct’ and requirements for the use of social media. The players had tweeted criticising the ground facilities in Karachi after rain wiped out their hopes of a semi-final spot in the Emerging Teams Cup. They had also been fined and the Emirates Cricket Board has said the collected fines will be donated to a Karachi-based charity. The three players, although unavailable for selection, have been training alongside the national squad, which is preparing for the upcoming series against Nepal.

“Following the recent disciplinary sanctions imposed on three of its professional players, Emirates Cricket Board (ECB) has today confirmed that the Pakistan Cricket Board (PCB) has received and accepted formal apologies made to them by the players,” a statement by ECB said. “As a gesture of good will, ECB will donate the fines imposed on the players to a Karachi-based charity. All three players continue their training and, although ineligible for selection, are currently involved in an intense training programme alongside players that will represent the UAE in the upcoming UAE v Nepal series.”

In December, the UAE captain Mustafa, left-arm spinner Raza and middle-order batsman Rameez had taken to Twitter to express their frustration after their match against Hong Kong was abandoned due to rain, wiping out their hopes of a semi-final spot.

In a match played at the Southend Stadium in Karachi, UAE had restricted Hong Kong to 87 for 4 in 31 overs before a spell of rain lasting about half an hour interrupted play. However, the venue had inadequate tarpaulin covers to protect the pitch, and water leaked onto the square. Despite several hours of using sponges, the ground staff failed to dry the pitch. As a result, the match was abandoned, with the teams sharing points. A win would have boosted UAE’s prospects of playing the semi-final.

The PCB, however, has not made a statement and on the fitness of the venue for future games. ESPNcricinfo understands the Pakistan board is aiming to host women’s international games at the venue in the near future.