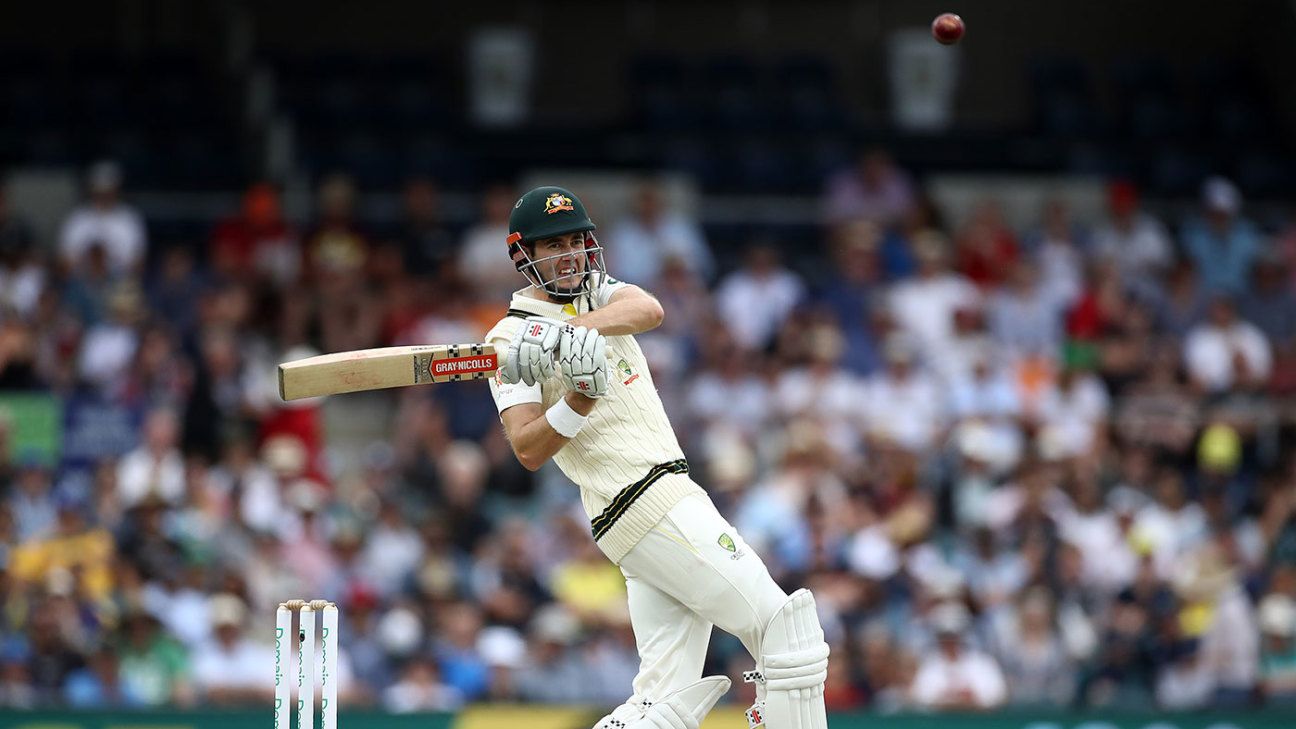 Australia marched happily on to a mammoth total in the first session of day two, losing only the wicket of Joe Burns early, before Kurtis Patterson strode to 74 off 144 deliveries, putting on an unbeaten 70 with Tim Paine for the sixth wicket.

Sri Lanka’s bowlers found swing with the second new ball for a time, but as the movement gradually disappeared, they found themselves neutered once more, as they had been through large parts of the opening day. The only point of solace for the visitors is that at least Australia did not score as quickly in this session as they had in the afternoon and evening on Friday.

With Patterson striking at 51, and Paine taking his time to work his way into the innings, Australia made only 90 runs in 31 overs. Offspinner Dilruwan Perera’s tight lines were also responsible for the dip in the scoring rate.

Burns, who had begun the day on 172, had appeared tetchy in the early overs, finding his edge repeatedly beaten, as Vishwa Fernando and Kasun Rajitha moved the ball consistently off the seam. Although it was his outside edge that Rajitha had most-often tested, it was an indipper that eventually cost Burns his wicket. In attempting to fend a length ball away to the offside, Burns thrust his bat out, but the ball jagged in, took his inside edge, and clattered into leg stump. It was Rajitha’s first wicket of the innings, though he has been Sri Lanka’s most consistent quick so far in the game.

Patterson also almost chopped Rajitha on soon after, but before long, he had his cut and pull shots humming, as Sri Lanka’s early discipline frayed. Once the ball also stopped moving, Patterson began to drive effectively, especially through the covers, where he hit four of his nine boundaries. At the other end, Paine had a laboured start, finding Fernando especially difficult to deal with, but he survived and eventually settled after facing 25 balls.

Patterson’s half-century was the first of his career, in his second Test innings. His family were in attendance for the occasion.