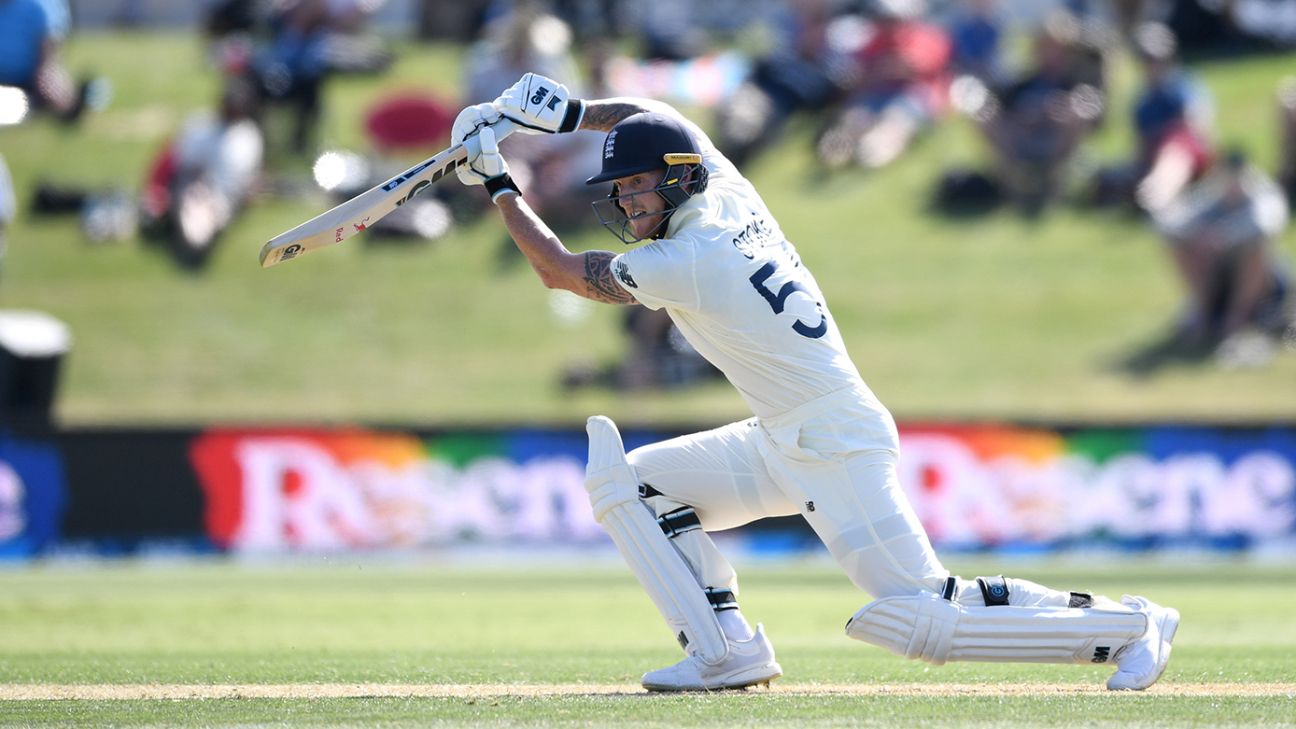 The point? Sometimes it takes time to build something worthwhile (which is very much not a political statement about Brexit). And sometimes, during that process, you have to be patient.

Certainly spectators at the Bay Oval were obliged to be patient on the first day of the series between New Zealand and England. While there were moments during the tenure of Trevor Bayliss when England were accused of reacting to every adversity by playing ever more aggressively – like speeding through fog to get past it – there were moments here when their caution was like deciding to park the car and walk. Joe Root and Joe Denly took 21 balls to get off the mark. Ben Stokes took 15.

England spectators, in particular, have probably been spoiled in recent times. Many of their Test wins have been almost impossibly unlikely and, as a consequence, entertaining. Take the victory against Ireland that was achieved despite being bowled out by lunch on the first day. Or the victory against Australia at Leeds that came despite having been bowled out for 67 in their first innings. Even when they are bad – and they were pretty bad in Barbados – they are entertaining. And all those games were just this year.

But this is what Test cricket used to be like. And, on a slow wicket, against a disciplined attack this was probably the best approach they could take. So while there were moments – and by moments, think of several hours – with bowlers aiming wide of off stump in the hope of tempting the batsmen and England simply letting the ball sail through, when it seemed the game was in something approaching stalemate, England eventually started to pull away from New Zealand in a final session that realised 120 runs. There had only been 121 in the first two combined.

You do wonder what Bayliss, no doubt keeping an eye on scores from his hotel room in the UAE, would have made of it, though. He used to reason that the dangers of such a cautious approach were that it only took a couple of wicket-taking balls and all that work was wasted with little to show for it. And maybe, had Stokes been held at slip on 63, or Rory Burns taken in the slips on 37, Bayliss would have been proved right. But they weren’t and, with Stokes starting to wrestle the initiative away from New Zealand, the day finished with England perhaps slightly the better placed of the two teams.

That’s not just a reflection of the scores, either. It’s a reflection of the amount of work invested by both sides. The New Zealand bowlers, despite their obvious stamina, are human. And there is a quick turnaround – just three days – between games. The miles put in their legs here could yet turn out to be crucial in the coming days. There is every chance they will be pulling their boots on for a fifth session here.

Maybe there were times on day one when we witnessed an over-correction from England. Times when it became apparent that they were learning a new approach and times when they got it slightly wrong. Take Root’s innings: he is masterful at rotating the strike; as adept at anyone of nudging and deflecting and picking up singles. Yet here, perhaps wanting to provide an example to his team, he became almost stroke-less and was eventually persuaded into a loose shot.

Such moments are inevitable. It doesn’t mean the approach is wrong. It just means England have to get better at the way they execute such plans. Because despite all their patience, three of the wickets that did fall in the day – Burns’, Root’s and Joe Denly‘s – all owed a little to frustration. But it’s worth remembering that England tried the Bayliss approach for the best part of five years. It gave them great days and some decent success. But they are the No. 3 side in the Test rankings and, if they want to rise higher, they probably have to show a more sophisticated approach. What we saw here was the start of a new era for England cricket. Nobody should mistake them for the finished article.

Several batsmen can feel satisfied with their day’s work. Denly, in particular, may well have done enough to secure his trip to South Africa. This was his fourth half-century in six Test innings and was, perhaps, as assured as any of them. His six off Mitchell Santner, a bit of a luxury player at this stage, was the shot of the day: a perfectly timed lofted drive that he bore plenty of beauty and no brawn.

And while Denly and Burns, in particular, may feel they failed to capitalise on the foundations they had built, they can console themselves with the knowledge that they resisted a fine attack and built a strong platform for their team. There’s a lot of work left to do – 400 might be considered par in such conditions – but with Stokes set and more batting to come, England could be quietly satisfied with their first day of Test cricket under Chris Silverwood.