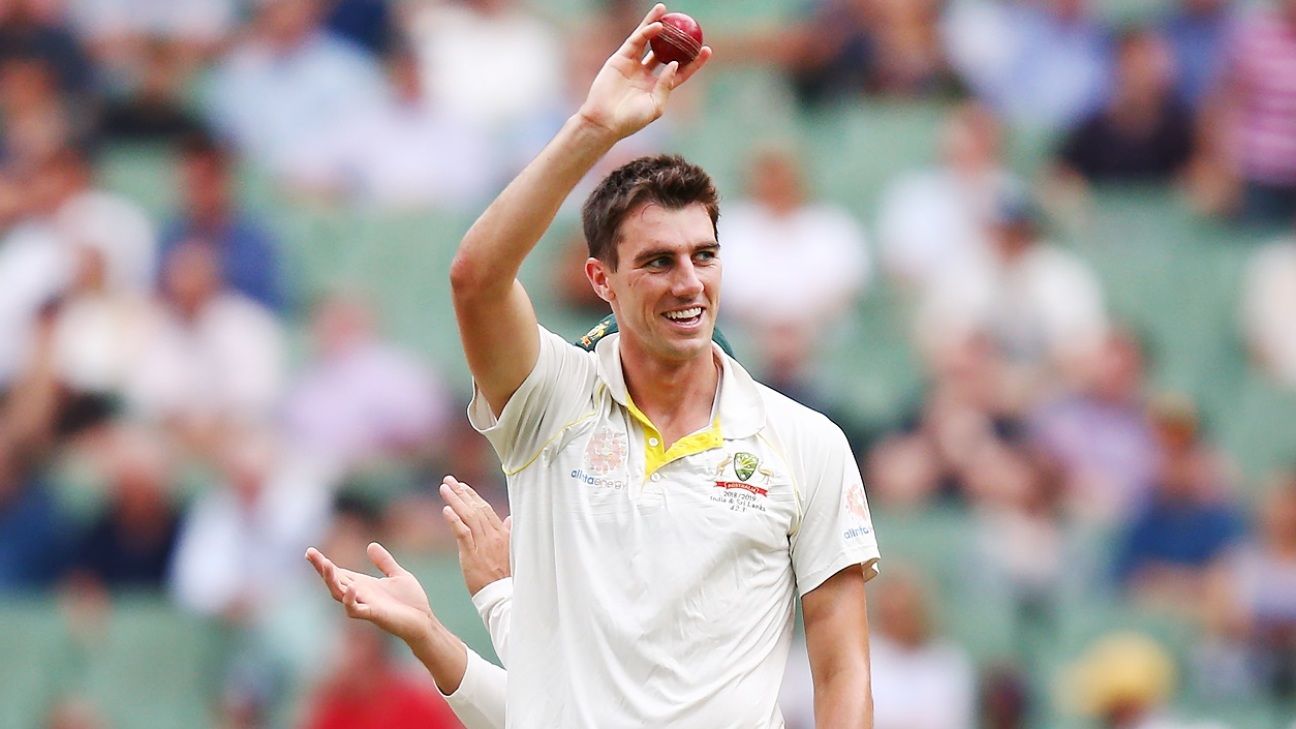 Pat Cummins has been named the Allan Border medalist at the Australian Cricket Awards in Melbourne to confirm him as the standout performer in a tough and controversial year for the men’s game.

In a period which including the ball-tampering scandal that lead to Steven Smith, David Warner and Cameron Bancroft being suspended it was between Cummins, Nathan Lyon and Aaron Finch for the main award.

The voting period of January 9, 2018 to January 7, 2019 took in Australia’s tours of South Africa, England, Zimbabwe and UAE, the one-day series against England after the 2018-19 Ashes, the T20 tri-series which followed plus the recent home season up to the end of the final Test against India at the SCG along with the ODIs against South Africa and T20Is against India.

Cummins took 44 wickets across all formats, seven behind Lyon who had earlier been named Test player of the year, with Finch the only other serious candidate with 1302 runs in the voting period in which Test matches are given a greater weighting. Cummins tallied 156 votes, Lyon 150 and Finch 146.

A look the through the Test batting statistics of the voting period (which doesn’t include the recent Tests against Sri Lanka when four centuries were scored or the suspended trio) highlights the difficulties Australia faced with the bat. Marcus Harris topped the averages with 258 runs at 36.85 and Usman Khawaja the run-scoring with 592 runs at 32.88.

Though Cummins missed the two Tests against Pakistan he produced impressive performances in Johannesburg (the Test after ball tampering) and in Melbourne against India and only went wicketless once in a Test, at the SCG when India piled on the runs.

His 4 for 24 in the Adelaide ODI against England last season will have earned him an extra points haul to keep him ahead of Lyon and Finch and in the final count that may have been the difference.

Though yet to be elevated to the new-ball role, Cummins has become Australia’s most consistent pace bowler and has developed into a handy No. 8 which he showed by scoring half-centuries against South Africa and India.

Beyond the wickets, and useful runs, the standout feature for Cummins has been his ability to stay fit throughout two full Australian seasons following an early part of his career that was hampered by regular injury.

Elsewhere, Marcus Stoinis was named ODI Player of the Year in a period where he was the only player to appear in all 13 matches. He made four half-centuries in 13 innings among his 376 runs and claimed 13 wickets to cement his position the ODI team. By the end of the international season last week he had also earned his first Test call-up and is tipped to be part of the Ashes squad later this year.

Glenn Maxwell, fresh from his outstanding innings for Melbourne Stars on Sunday to secure a place in the BBL semi-finals, was named T20I Player of the Year after making 506 runs in 19 matches including an unbeaten century against England in Hobart. Barring a major reversal, Maxwell will be part of Australia’s squad for the World Cup in England but appears unlikely to appear in the Ashes.

Someone whose numbers mean he probably should be under consideration for all squads but appears likely to find himself missing out is Matthew Wade. He claimed the Domestic Player of the Year title for his prolific form last season which carried into the 2018-19 of which the first part of the Sheffield Shield counts towards this year’s votes alongside the latter half of the 2017-18 campaign. Across all formats, Wade scored 1509 runs in the voting period with five centuries.

The Bradman Young Cricketer of the Year award went to Will Pucovski, the Victoria batsman who was part of Australia’s Test squad against Sri Lanka recently. Having been selected with a view to making his debut as part of a revamp of the batting line-up he then saw his spot go to Kurtis Patterson at the last moment. He was later released from the squad to allow him to continue to manage his mental health issues which kept him out of action earlier this season.