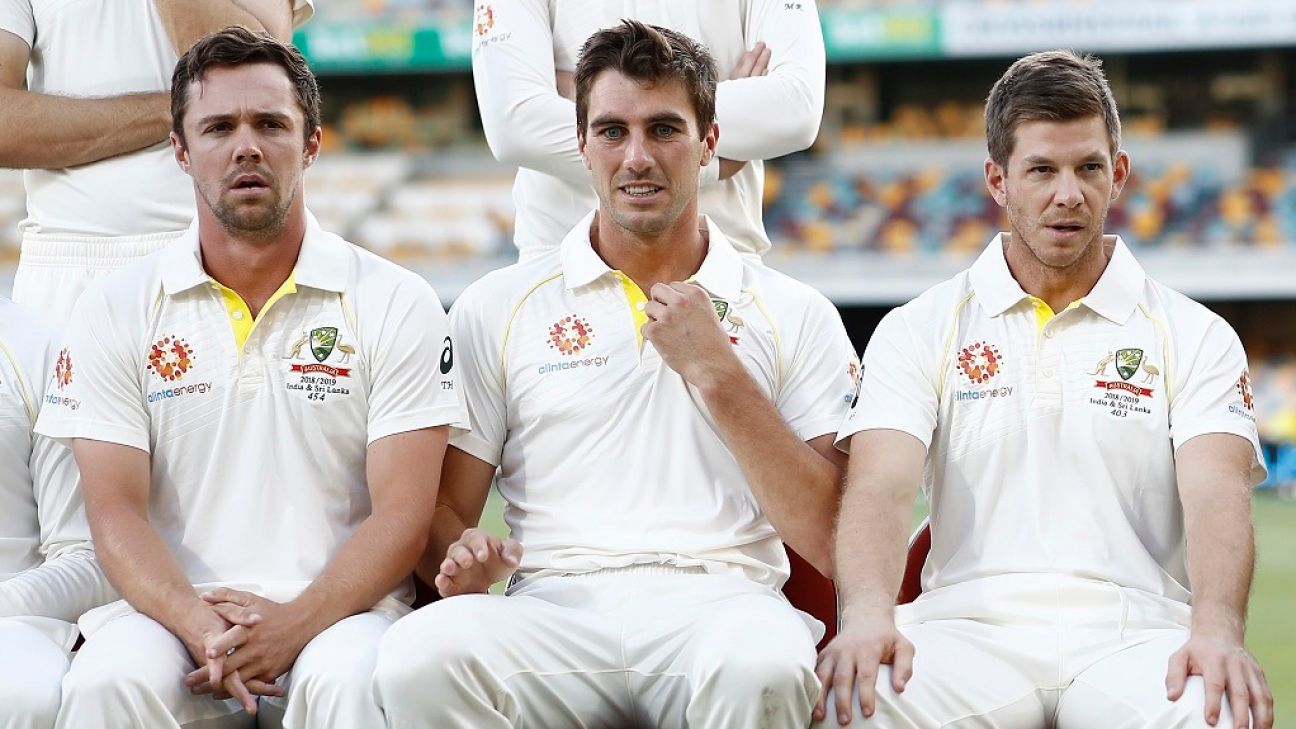 Pat Cummins and Travis Head have been named joint vice-captains for the two Tests against Sri Lanka, replacing the dropped Mitchell Marsh and injured Josh Hazlewood.

Australia went down the route of having two people in the position to support Tim Paine before the tour of the UAE to play Pakistan, but Marsh and Hazlewood have only played once together, in the Boxing Day Test against India in Melbourne.

Marsh was then dumped from the Test team and Hazlewood was ruled out of the two Tests against Sri Lanka with a back injury.

Head has only played six Tests but is captain of South Australia, and Cummins has enjoyed an impressive season amid Australia’s Test struggles.

Usman Khawaja, Nathan Lyon and Mitchell Starc are the other players who may have been considered for the role given their seniority.

“Travis was an impressive candidate when interviewed during the leadership identification process we conducted last year. He has also continued to develop his leadership qualities since joining the Australian men’s Test team,” national selector Trevor Hohns said.

“Travis is a respected member of the dressing room, he consistently demonstrates care for his teammates, provides valuable contributions in team meetings, and embodies the values of the team.

“Pat is a fine young man who displays strong leadership though his actions on and off the cricket field. He is also a well-respected and popular member of the dressing room, who consistently lives and demonstrates the team’s values and standards. We also believe in having strong and even representation of both the batting and bowling groups, and Pat will provide important insights and knowledge when making decisions in the best interest of the team.”

As Australia slumped to defeat against India, there was talk of Cummins being a future Test captain, but it was a suggestion the paceman had quickly dismissed.

“I feel like I’m too busy in the game bowling and when I’m batting putting all my effort into that. And when I’m not doing it I’m usually off with the fairies trying to recover. So, I don’t think I would make a very good captain at the moment.”

The first Test between Australia and Sri Lanka will take place under lights at the Gabba from Thursday, with the second Test slotted for Canberra from February 1.