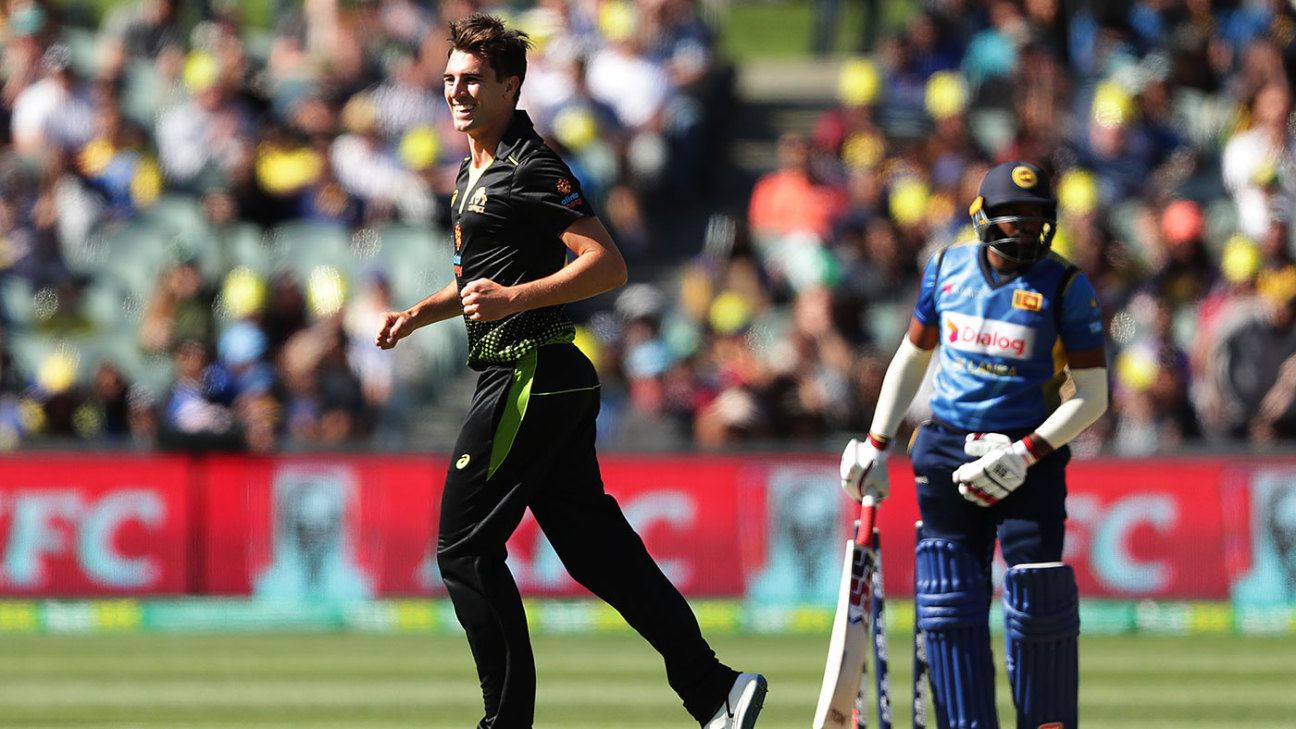 Australia’s spearhead Pat Cummins will be spared the long haul trip to Perth and back to rest his body ahead of the Test series against Pakistan, which has been confirmed as the starting point for Andrew McDonald as the national coach Justin Langer’s senior assistant.

The decision to rest Cummins may well open the way for Sean Abbott to play his first international in more than five years, as Australia look for a victory at Perth Stadium on Friday evening to close out an unbeaten six matches against Sri Lanka and Pakistan, where so far only Sydney rain and arcane playing conditions have prevented a clean sweep.

A shift of Australian thinking from T20 back to the looming Test match assignments against Pakistan (two Tests in Brisbane and Adelaide) and New Zealand (three Tests in Perth, Melbourne and Sydney) have been underlined by the news that McDonald is now clear to commence his role alongside Langer for the Gabba Test later this month, after concluding his duties with Victoria and the Melbourne Renegades.

Lengthy negotiations among multiple parties have been required to allow McDonald the freedom to take up the national team role while also upholding pre-existing contracts to coach the Rajasthan Royals in the IPL and Birmingham in The Hundred, the first such instance of CA allowing a national team assistant coach to wear more than one hat.

As Langer’s senior assistant, McDonald will fill the role left by David Saker at the start of the year when he resigned after the home Tests against India and Sri Lanka, also meaning he is likely to take primary responsibility for helming tactical discussions among Australia’s bowlers.

Graeme Hick remains as the team’s batting coach and Sridharan Sriram as a spin bowling and batting assistant, while the head of national teams Ben Oliver is eager to ensure a good degree of fluidity for other specialist roles to be taken on a short-term basis, as seen with the use of Ricky Ponting and Adam Griffith (World Cup), Steve Waugh and Troy Cooley (Ashes) and Michael Hussey and Ryan Harris (T20I series) alongside Langer this year.

A comfortable victory over Pakistan in Canberra on Tuesday evening, underpinned by Steven Smith‘s deft innings to smooth over the loss of early wickets in the chase, has further demonstrated how Australia are developing role clarity for their T20 team. Smith took complete control of the pursuit, providing a reminder that in the brief phase in which he has previously played in the Australia T20I side as a specialist batsman rather than a speculative wrist spin bowler, he showed an aptitude for being the “clean up man” if early wickets fell.

Across nine matches in 2015-16, Smith returned 263 runs at 32.87 and a strike rate of 135.56, before bowing out of T20I duty to provide brief periods of rest between his many Test match and ODI commitments. “If you look at my batting record in T20 internationals, it’s not crash hot,” Smith said. “I guess you have to bear in mind … early in my career I was batting No. 8 or 9, coming in and slogging, facing half a dozen balls tops. It’s never easy so it’s going to affect your record at some point.

“I don’t doubt my ability. I know the tempos of the game … and I’ve played a lot of cricket now. I may not be as strong as some of the other guys but I use placement and timing. The white ball usually flies off the bat particularly when it’s brand new. If you’re timing the ball well you get value for your shots most places.

“If you’re chasing you weigh up the situation and what you need and what you need to go at, which bowlers you want to target and just work out the maths in your head and that’s chasing. Batting first you have to sum up conditions and how the wicket is playing, what you think a good score is and who is in the opposition, all those sorts of things. I’ve played a lot of cricket now, I’m pretty experienced and my role in this team is to fix it if the top don’t come off.”