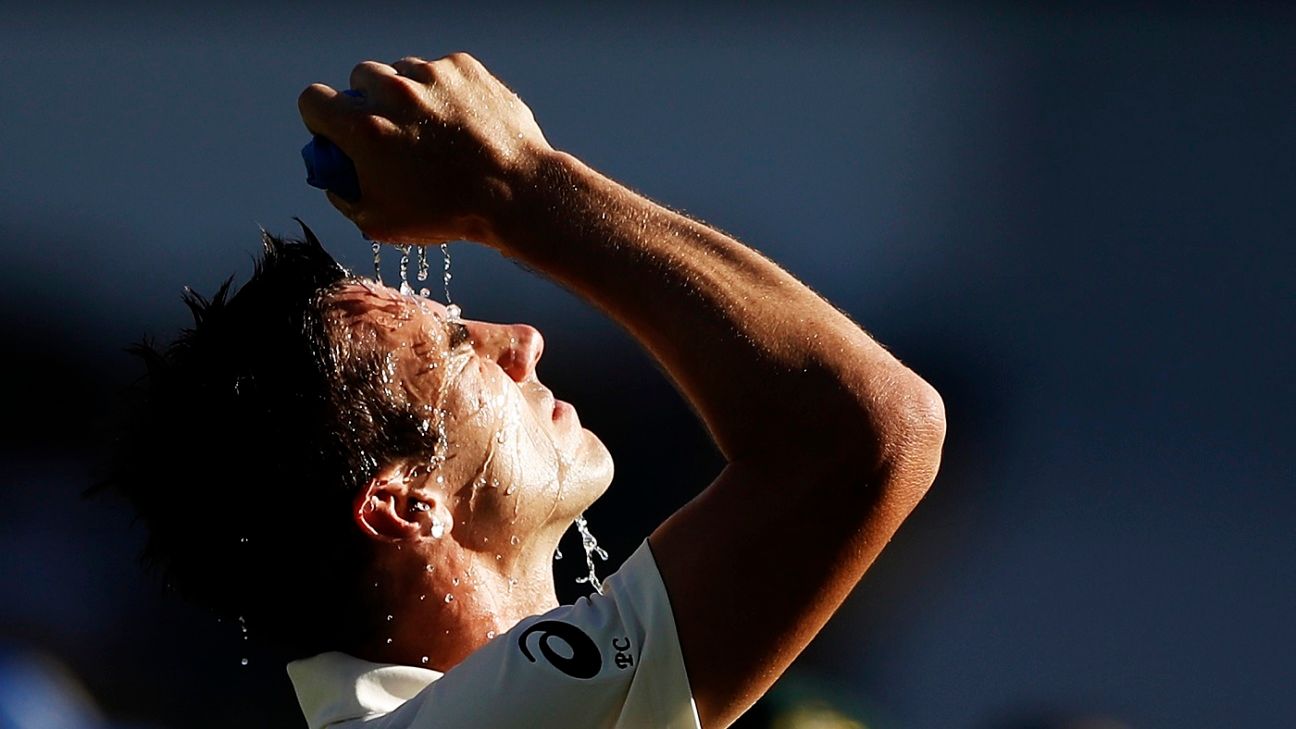 Pat Cummins is not about to use his elevated role as vice-captain to try and force his way into the new-ball role in Australia’s Test team, but is eager not to be rested again between now and a packed season in England which includes the World Cup and Ashes.

Cummins, who was promoted to vice-captain alongside Travis Head before the Brisbane Test, claimed career-best match and innings figures against Sri Lanka – 6 for 23 and 10 for 62 overall – as he spearheaded Australia’s charge to an innings victory well inside three days.

It was the continuation of an impressive season for Cummins, who was the standout Australia quick during the India series, and he has now risen to a career-high No. 3 in the ICC world rankings, behind Kagiso Rabada and James Anderson. He has 90 wickets in 19 Tests at 22.47 and will be vital to both Australia’s Ashes and World Cup hopes later this year.

There is a strong argument to say that his success this season should see him elevated to the new-ball role in the Test team with Mitchell Starc below his best as he went none for 57 in the second innings off 14 overs. However, Cummins was more than comfortable watching debutant Jhye Richardson take the role ahead of him in Brisbane even though his new vice-captaincy role may give him some sway.

“Someone like Jhye, as soon as he came in, I was saying he has got a beautiful seam and has to get the new rock,” Cummins said. “To be honest, I’m pretty happy with my role. I feel like our new-ball bowlers have always done a really good job. When Starcy is on you just feel like he is going to rip through. You saw him against India, both their openers got dropped because we start off really well with the new ball. So, I’m always really happy to come on, itching to get the ball in my hand, but I am happy to wait a few overs.”

There was a tantalising glimpse of what Cummins can achieve with an almost-new ball when he came on in the sixth over of Sri Lanka’s second innings and produced a superb final over on the second day, which ended with the wicket of Dimuth Karunaratne. He then began on the third day alongside Richardson, with Starc forced to wait his turn, and Cummins picked up three wickets before he conceded a run.

“I love to get the ball in my hands in those times but I think overall the new-ball bowlers always do a great job so my job hitting the deck. I do that pretty well and they open the bowling pretty well,” he said.

Cummins was rested for the one-day series against India – along with Starc and Josh Hazlewood, the latter then diagnosed with back injury – with the two Tests against Sri Lanka in mind, but he is desperate not to miss any more white-ball cricket ahead of the World Cup. Australia head to India in mid-February for two T20Is and five ODIs followed by five more ODIs against Pakistan in the UAE.

“After the [Canberra] game there are two ODI tours and hopefully I am on them and a couple of T20s as well,” he said. “ODIs are a lighter load than Tests and then most of April is off leading into the English summer so we’ll wait and see. Hopefully I will play most of those but I had a good two-week break after the last series so I feel pretty fresh.”

Cummins missed the two Tests against Pakistan in the UAE last year with back injury, but with just one more Test to go against Sri Lanka he is on track to get through two full home seasons which, given his injury history earlier in his career, is a commendable effort.

Despite a brittle-looking Sri Lanka batting order, it could be harder work in Canberra. Cummins was expecting less help from the surface than in Brisbane and suggested reverse swing, something which didn’t become a factor in the first Test but that Australia struggled to find against India, would be a key factor.

“I know in Manuka we are going to have really different conditions. We played a Shield game there earlier this year and it was a pretty good wicket but probably more reverse than traditional swing.”