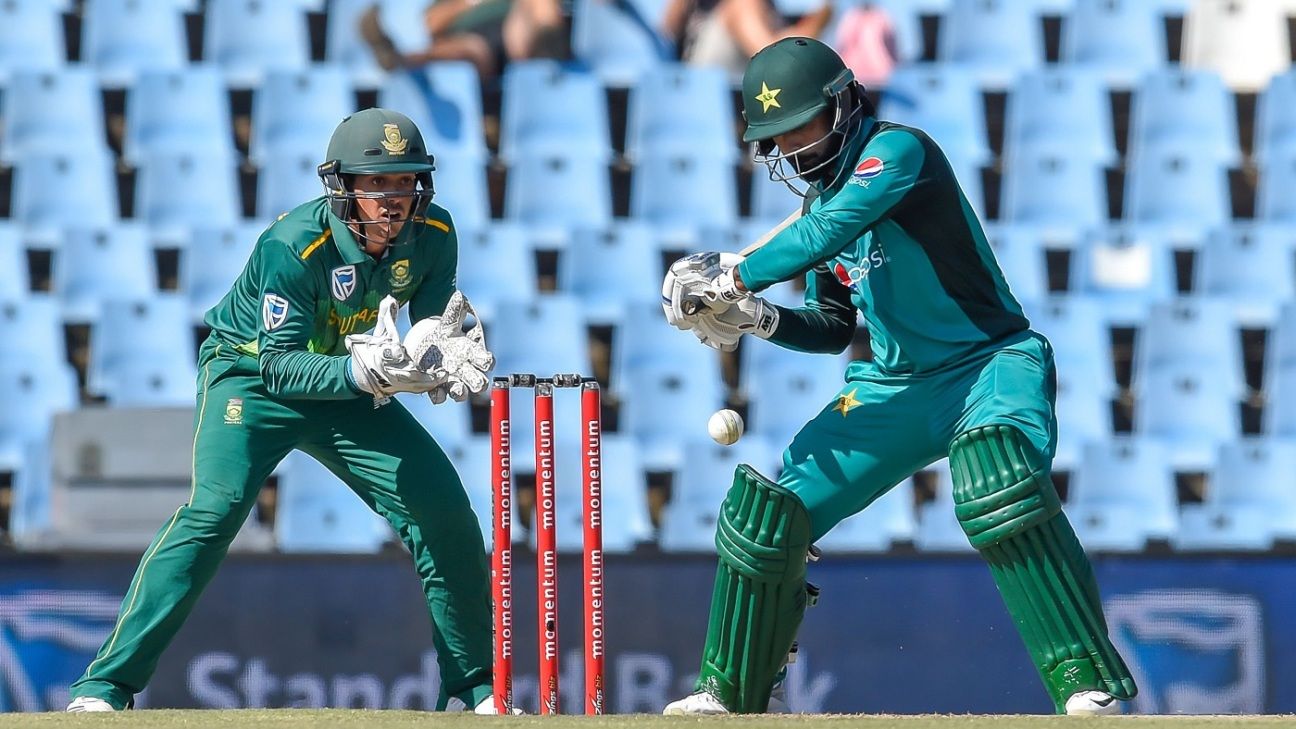 Pakistan have put South Africa in to bat after winning the toss in the first T20I at Newlands. Birthday boy Shoaib Malik, stepping into the formidable shoes of Sarfaraz Ahmed’s impeccable T20 record, revealed a number of changes had been made to the side that played the fifth ODI. One was enforced, with Mohammad Hafeez forced out with a hamstring niggle, allowing both Faheem Ashraf and Imad Wasim to play. Asif Ali, Hussain Talat and Hasan Ali all return to the side, too, with Babar Azam moving up to open the innings, as he has done in T20s of late.

South Africa captain Faf du Plessis admitted he would have bowled first, too, with a raft of changes for the home side as well. Wicketkeeper Gihahn Cloete, playing only his second T20I, will open alongside Reeza Hendricks.