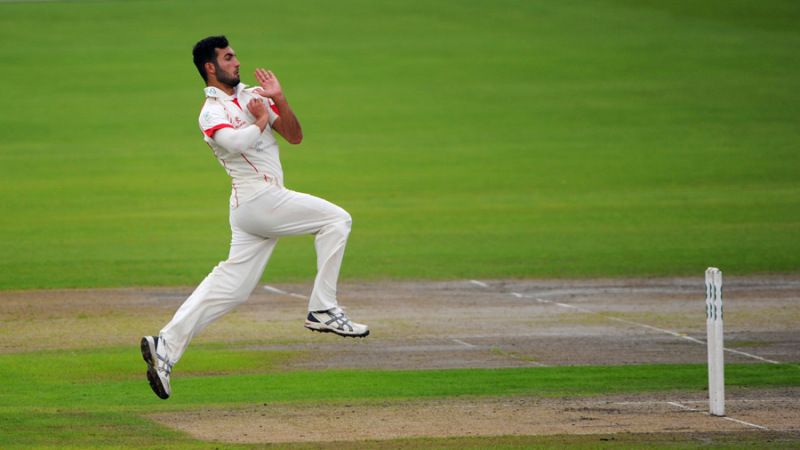 An administrative delay has caused Tom Bailey to be added to the England Lions squad as cover for Saqib Mahmood.

ESPNcricinfo understands that Saqib, who is Birmingham-born, is struggling to obtain a visa for India due to his Pakistan heritage. While the ECB hope the issue can be resolved within the next few days, he did not fly out with the rest of the squad.

Bailey, like Saqib a Lancashire seamer, enjoyed an excellent 2018 season, claiming 64 wickets at 19 in the County Championship, the most by any bowler. He was voted the PCA’s Championship Player of the Year.

England Lions are set to play five 50-over matches against India A in Trivandrum, in the southern state of Kerala, before two unofficial four-day Test matches in February.

“Both sides will want to play good, winning cricket but I think we all understand that it’s the development opportunity for these high potential youngsters that we’re after,” Andy Flower, the England Lions head coach, told the ECB website.

“The purpose of these Lions tours is to offer our highest potential young talent in the country the opportunity to either train or to play in a competitive tour in foreign conditions. Our county system is good; there are some really talented, outstanding cricketers that come out of it.”

Saqib’s late omission was the third change that the Lions squad was forced to make prior to their departure at the weekend. The Worcestershire pair of Joe Clarke and Tom Kohler-Cadmore were withdrawn on the eve of the squad’s gathering after details of their off-field activities emerged during the trial of former team-mate, Alex Hepburn.