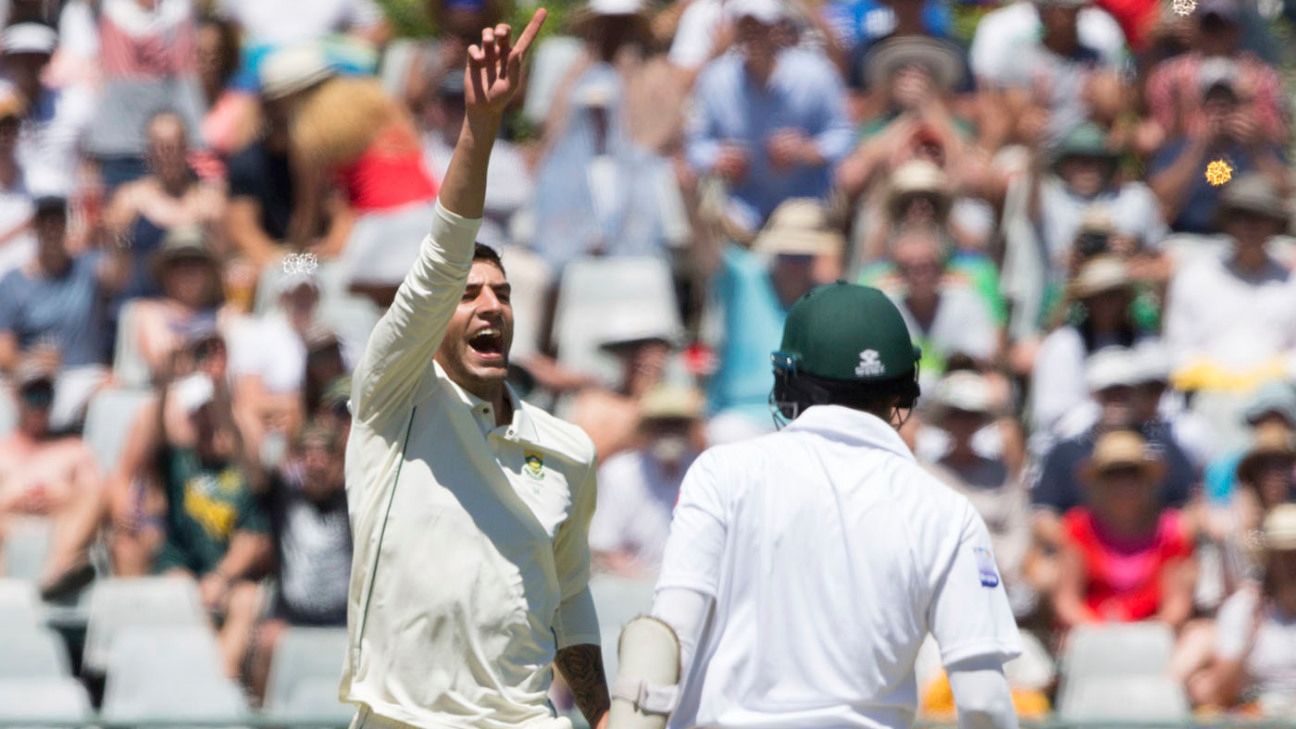 It was perhaps no accident Azhar Ali came out to face the press in Johannesburg. With speculation rife about the number of changes Pakistan may make to their side for the third Test – it could be as many as three – Azhar offered a characteristically straight bat to any queries on the subject.

With Mickey Arthur having said last week that Shadab Khan‘s recovery from injury gave Pakistan a genuine allrounder who can play at No. 7, those changes can be set in motion. According to the Pakistan coach, No. 8 is the highest he was comfortable playing Faheem Ashraf. Should Shadab and Ashraf slot in, as is widely expected, the struggling Fakhar Zaman and equally hapless Yasir Shah would be likeliest to give way.

Given the one-sided nature of the contests so far, it is tempting to write the tour off as yet another miserable episode for Pakistan in South Africa. It took under 18 sessions for the series to be sealed by the hosts, extending Pakistan’s disappointing run in the longer format. Yasir, the man Sarfraz Ahmed had marked out as an important asset to Pakistan even in these conditions, was a non-factor, while the middle order still looks unconvincing. But Azhar, in a somewhat philosophical mood, said just because things hadn’t quite gone to plan didn’t mean the tour was a failure, with several batsmen having “learned a lot”.

“It’s always very tough here. We knew that and we’ve tried to plan for it, but unfortunately things didn’t go to plan. There are some things we think we have achieved on this tour. A few of the batsmen really stuck in and showed we can play on these hard wickets. As a batting unit we did not score enough runs but all the batsmen learned a lot and will hopefully do well in future.”

That he would be pressed on arguably the burning issue of the tour – the state of the pitches – was perhaps inevitable. In three of the four innings so far, Azhar’s stay at the crease has been ended by vicious bouncers, at least one of which reared up from a length. The other dismissal, in the second innings at Cape Town during which he sat on the back foot slightly, more wary of the short ball, saw Azhar undone by one that stayed low from Kagiso Rabada and crashed into his pad plumb in front.

“We knew we’d get pace and bounce but even if you asked the SA batsmen they’d say these wickets were hard. It’s not quite even, there were cracks in both wickets but it’s the same for both teams. We didn’t perform as well as we should have done. We had opportunities but I think the South African attack is very good in these conditions. All the bowlers bowled 140kph-plus apart from Philander but he’s quite accurate, but I do think the pitches were unusually difficult too.”

The good news on that front, though, is Azhar feels the surface at the Wanderers isn’t quite cut from the same cloth. “I think it’s a much better surface than the other two,” he said. “Yes, this does have grass and a few cracks, but I think they will widen a lot later than Centurion and Cape Town.”

The series might be gone in quick time, something Azhar acknowledged the whole team felt “disappointment” about, but wasn’t letting despondency take over. “We are disappointed but every Test match you play in countries like South Africa, England and Australia, it’s always important to bring our A game. We want to do that tomorrow in this Test match. The tour is not over, we still have to play ODIs, so there’s still an opportunity to do well here.”