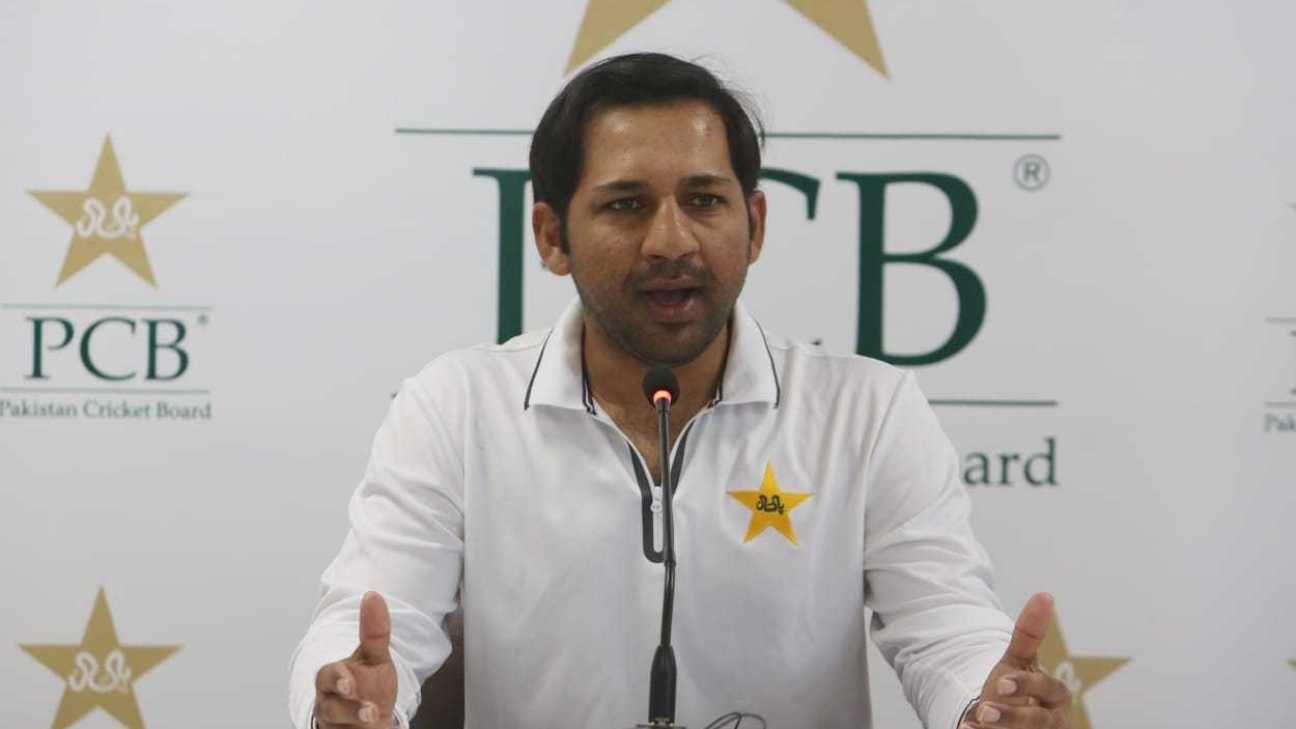 The ball is now firmly in the PCB’s court after Sarfaraz Ahmed declared he wished to continue as captain of Pakistan in all three formats. Speaking shortly after landing in Karachi following Pakistan’s exit from the 2019 World Cup, Sarfaraz said the job had been given to him by the PCB, and any decision to replace him must come through the same channel.

Sarfaraz had earlier in the year hinted he would take a decision on the Test captaincy following the World Cup, but now appears content to continue in the role unless asked to step aside. The PCB officially only makes appointments on a series-by-series basis, with managing director Wasim Khan set to head a cricket committee review of the last two years before making any recommendations on the future.

ALSO READ: Babar Azam up to No. 3 in ODI batting rankings

Pakistan began their World Cup campaign disastrously following a thumping defeat to West Indies, the consequences of which stretched far beyond the loss of two points. It meant Pakistan were always catching up in terms of net run rate against their rivals in the race for the semi-final slots, a problem exacerbated by a heavy defeat against India that left them hanging by a thread.

While they did stage a comeback following that game, winning their final four, they could only tie with New Zealand on 11 points, with the latter’s significantly superior net run rate meaning Pakistan fell just short. Speaking of the tournament in general, Sarfaraz found heart from the way Pakistan had responded to adversity, particularly after intense criticism, both professional and personal, following the loss to India.

“We couldn’t do well against the West Indies in our tournament opener, but gained momentum by beating England, the home team and the favourites,” Sarfaraz said. “Because of the delay in our next match due to a washout against Sri Lanka, we had lost that momentum and it reflected in our performances against Australia and India.

“There’s always criticism when you play poorly, and we did play poorly initially. A lot of things happened after the India game that hurt the players deeply. We were distressed by that defeat like every fan. It was really difficult for us to cope with the things that happened in the next seven days. Some of the former players, who were commentating, were present there and provided us support and backing. I called up a meeting comprising just the 15 players in the squad and discussed what mistakes we might be making. The team responded really well, and everyone gave their honest opinions, and we bounced back and won the final four games.”

Footage of Sarfaraz Ahmed walking around a shopping mall with his young son in his lap being repeatedly abused by a fan went viral on social media, with Sarfaraz’s decision not to react winning him much support among the general fanbase. It led to much criticism of the tone of the censure the players had received following the game against India, with a general softening in the days that followed, eased inevitably by the uptick in both form and results.

“The whole squad was mine. When you lose, a lot of things that should stay in the dressing room get leaked”

“It wasn’t only me who was subjected to slurs by fans,” Sarfaraz revealed. “Many other players were also targeted in malls and other public places. Some things that happened did not get attention, but we reported all incidents to the management.

“Anyhow, it is unfortunate that we couldn’t qualify due to NRR. But I am happy with every player. Everyone, regardless of their seniority or experience, contributed. I am also thankful to the coaching staff. They are normally behind the scenes and don’t get credit. But I am thankful to them and especially to Mickey Arthur who kept things together in that difficult time.”

There were reports of malcontent in the first half of the campaign, with rumours of disagreements between the players and the management that had to be mediated by chief selector Inzamam-ul-Haq, who, it had not escaped notice, was there with the team for much of the campaign. Sarfaraz, however, dismissed reports of infighting, and said there was no disagreement about squad selection, with coach Mickey Arthur, Inzamam and Sarfaraz himself all satisfied with the make-up of the final 15.

“The whole squad was mine. The team for the first five matches was made by me, Inzi bhai, and Mickey. When you lose, a lot of things that should stay in the dressing room get leaked. The players that we needed, they were present. Except for Wahab Riaz, all the players had been playing in the recent years. This was my team and I had full authority over it.

“Amir was never out of the team. People say that we selected him again, but we wanted Amir to play in England before he got chicken pox and couldn’t play in the bilateral series. We called on Wahab because we had realised we’d need an express pacer.

“The performances overall have been good. The most junior bowler [Shaheen Afridi] picked up 16 wickets. Babar Azam playing his first World Cup batted brilliantly and scored a century and half-centuries. As a team, we put up a great fight. It is unfortunate we couldn’t qualify.”