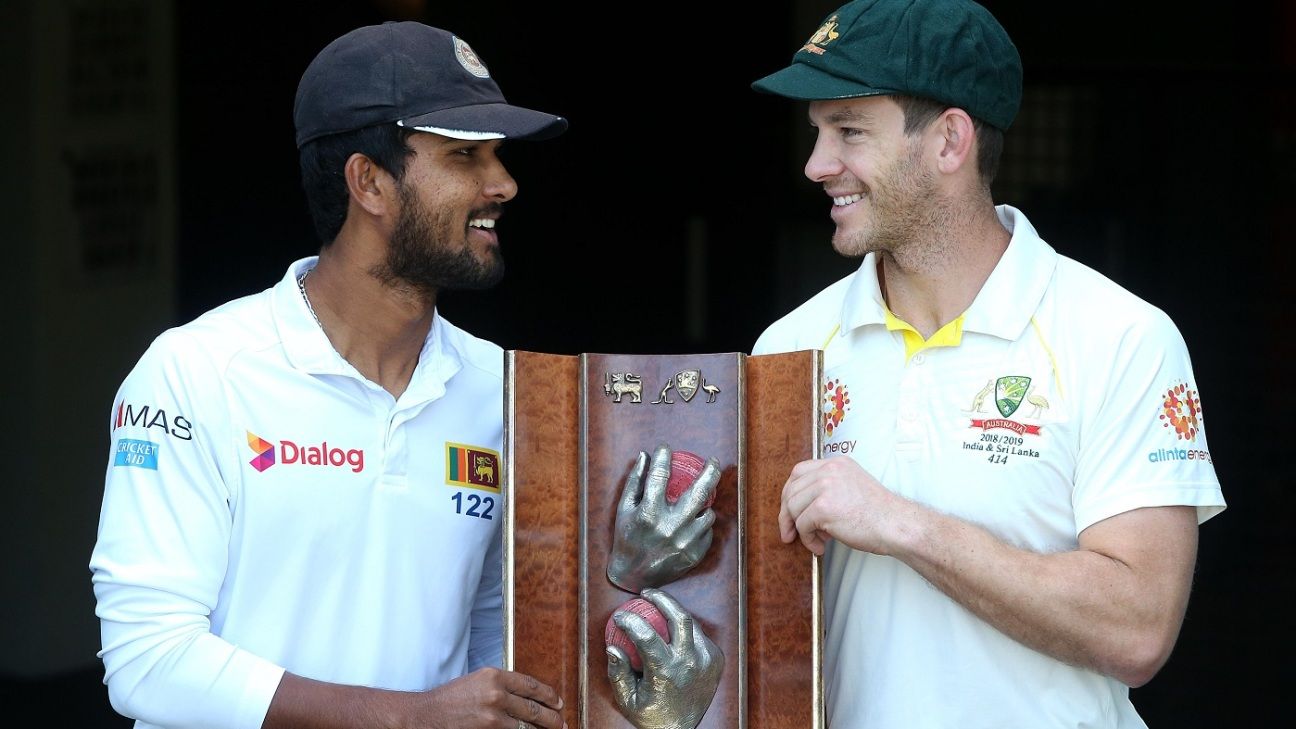 No one has been able to breach the Gabba fortress since West Indies in 1988, and Sri Lanka’s winless record in Australia does not suggest they can be the team. The visiting captain Dinesh Chandimal, however, hopes for a “miracle” as he chases his dream of securing a Test victory in the country.

Sri Lanka have lost 11 of their 13 Tests in Australia but the vibe around the team is that they will never have a better chance of breaking their duck against a vulnerable home side who have again shuffled their top six.

“It will definitely be a challenge for us,” Chandimal said. “If we can take this challenge as a batter or bowler, if you can give your best shot…we can do some miracle here. That’s what we want to do as a team.”

If Sri Lanka are to make history, they will have combat a pitch which has proved too much for most touring sides over the last 30 years. There was a good tinge of green the day before the match, and allied with the day-night factor, there could be some testing periods for batsmen, although the previous floodlit Test at the Gabba, against Pakistan in 2016, included totals of over 400 for each side.

There was also a strong hint from Paine that Australia wouldn’t hold back on the short stuff, with his view that it was underused in the series against India. Australia’s bowling tactics often came under scrutiny, especially in the Melbourne and Sydney Tests, with them unable to gain a single lbw for the quicks in the four matches but Paine believed that smart use of the bouncer could also bring the stumps into play.

“Clearly we need to be hitting the stumps a little bit more than we were and it’s been spoken about, but I also didn’t think we used our bouncer as much as we would like,” he said. “When you are using your bouncer a couple of times an over and then when you pitch up it’s a bit more effective. We know the majority of the time we want to be hitting the top of the stumps a bit more, but there’s also a way to set that up.

While Chandimal expected his batsmen to have their techniques challenged by the Australia quick bowlers, he was confident he had the firepower to respond in kind. “When you look at the pitch you can see a lot of grass on the wicket, but we have got really good fast bowlers who can bowl over 140.”

He also wanted his batsman to take a leaf out of Cheteshwar Pujara’s book and force Australia’s pacemen back for multiple spells. Whatever balance of side Australia select, they won’t have more than three pace-bowling options, although Mitchell Starc and Pat Cummins were rested from the India ODIs with this series in mind.

“Pujara made a difference, especially these days the weather is really hot here. They brought the Australian bowlers back for more spells. That’s what I think Pujara did, and after that it helped the other batters enjoy their batting in the middle. That’s one area I think we learned in the India-Australia series.”

Chandimal drew on the memories of his Test debut against South Africa in 2011, when Sri Lanka secured their first victory in the country, in Durban. He scored two half-centuries in the match to play a key part in a 208-run win.

“That was a really good memory. I made my Test debut against SA and we won that game and that was the first time we won a game in SA in their soil,” he said. “One of my dreams as a captain and player is to win a Test match here. But that’s not an easy thing coming here. You have to do a lot of hard work…that has to come from all 11 players for all five days. That’s what we are looking at as a team. It is a really good opportunity to make history and we just want to do that as a team.”