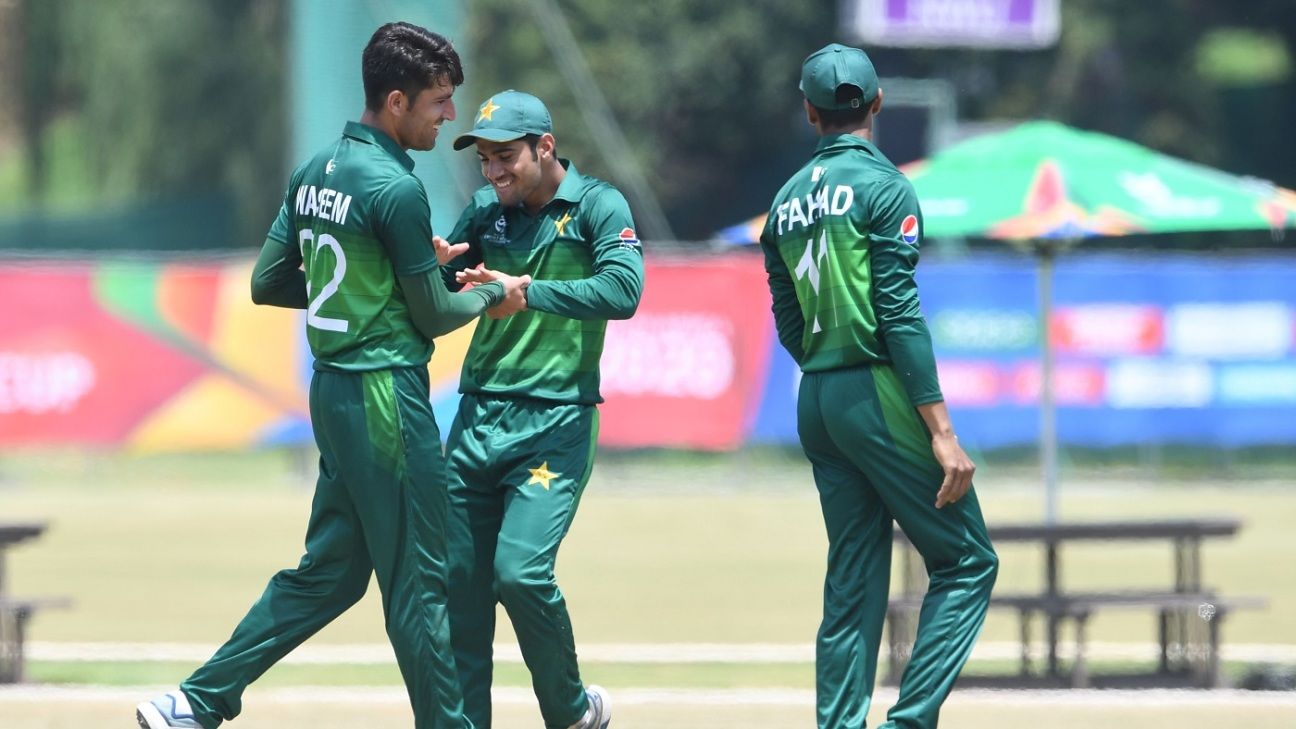 It was all rather one-sided in Potchefstroom as Pakistan steamrolled Scotland to get their Under-19 World Cup Group C campaign off to a rousing start.

Medium-pacers Tahir Hussain, Mohammad Wasim and Abbas Afridi first shared all ten wickets between them to bowl Scotland out for 75, and Irfan Khan then led the way in a straightforward chase, the target coming up in just 11.4 overs with seven wickets in hand.

Angus Guy, the Scotland captain, won the toss and opted to bat, but was bowled by Tahir off the second ball of the innings for a duck, his opening partner Ben Davidson suffering the same fate two balls later to leave the scoreboard reading 1 for 2 after four balls. Tomas Mackintosh got going, but became Tahir’s third victim when he was caught behind for an 18-ball 17.

Once Tahir was done, Wasim – who came into Pakistan’s squad as Naseem Shah’s replacement – and Afridi took over. Apart from Mackintosh, Uzzair Shah was the only other batsman to get to double-digits as Wasim returned 5 for 12 in 75 overs, to go with Tahir’s 3 for 23 and Afridi’s 2 for 32. The Scotland innings lasted just 23.5 overs.

The reply didn’t start well for the 2004 and 2006 champions, as openers Haider Ali and Muhammad Shehzad were dismissed with just four runs on the board. That was as good as it got for Scotland, though, as captain Rohail Nazir and Irfan scored quickly in a 47-run third-wicket stand and, after Rohail was sent back for a 23-ball 27, Irfan took Pakistan home in the company of Qasim Akram, finishing unbeaten on 38 off 37 balls.

Pakistan next play Zimbabwe on January 22, while Scotland take on Bangladesh a day before.