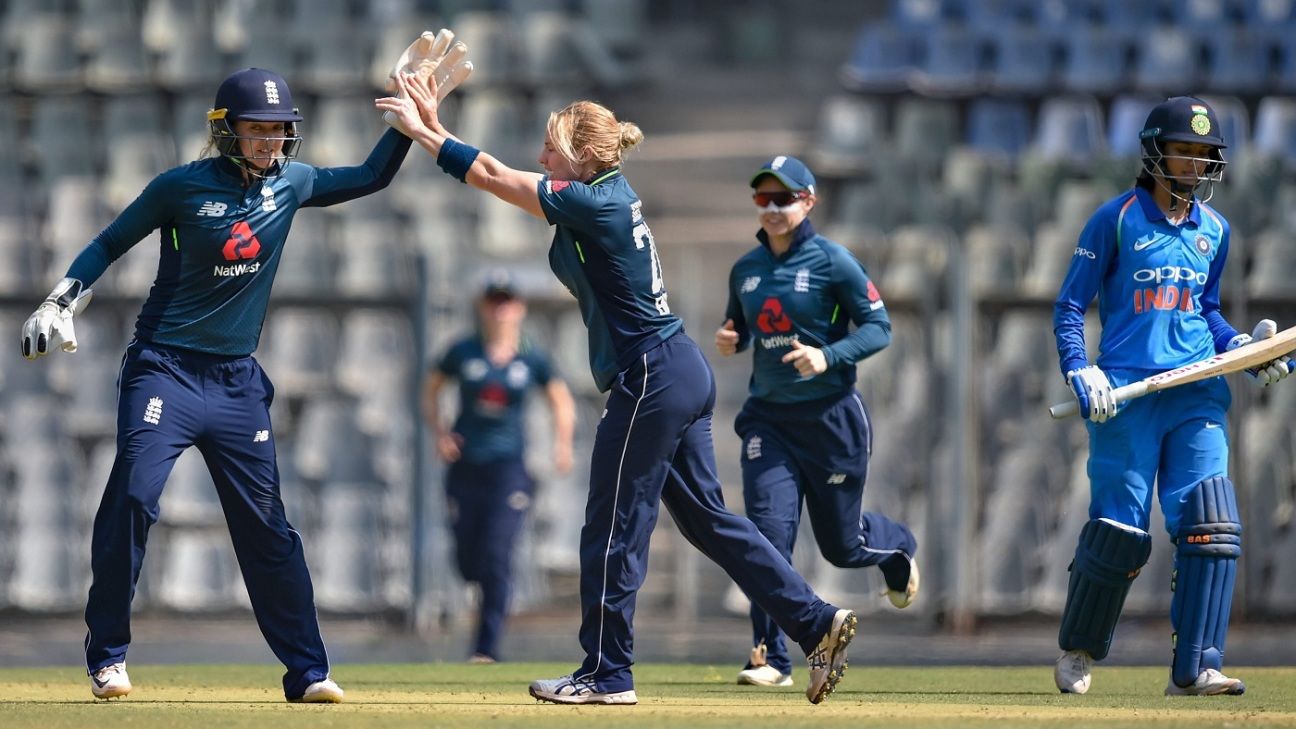 India women’s stand-in captain for the T20I series, Smriti Mandhana, has urged the domestic players, particularly the batsmen, to step up and play more “fearlessly” to bridge the gap between domestic and international levels. Mandhana’s comments came after India scored a modest 111 for 8 against England in the second T20I, which they lost by five wickets to go down 2-0 in the three-match series. In the first T20I, India had been restricted to 119 for 6 in reply to England’s 160 for 4.

“If you look at our domestic scores in T20s, it is generally around 110-120. I think we all need to go back, step up our domestic circuit, take those scores to 140-150. If that is happening then all the batters will come with the same mindset of playing a fearless brand of cricket. Fearless doesn’t mean careless. There is a thin line between fearless and careless. I think we need to play fearless.”

India’s woeful form in the shortest format continued after they were whitewashed 3-0 in New Zealand recently. In that series too, weaknesses in India’s batting were exposed, such as over-reliance on Mandhana, who scored two half-centuries, Jemimah Rodrigues and an out-of-form Harmanpreet Kaur. Only two India batsmen – Mandhana and Rodrigues – had scored over 50 runs in the entire T20I series.

When asked how the domestic players could express themselves more, Mandhana said: “We have spoken to all the batters, [Coach WV] Raman sir has spoken to them. Even me, Mithu di (Mithali Raj) and Harry di (Harmanpreet) have spoken to all the domestic batters regarding how the approach should be. We are definitely working on it. It is going to take some time because still our batters have the fear of getting out.

“I think we need to leave that fear, including me. We need to just get off those fear and select the areas [to hit]. Our batters are not going out there and selecting the areas in terms of which balls to hit. I think another major difference between other teams and our team is running between the wickets. We either play a dot ball or boundary. We don’t take lot a of singles. Definitely we will be looking to work on reducing the dot-ball percentage, taking more singles and rotating the strike.”

The third and final T20I of the series will be played on Saturday in Guwahati.