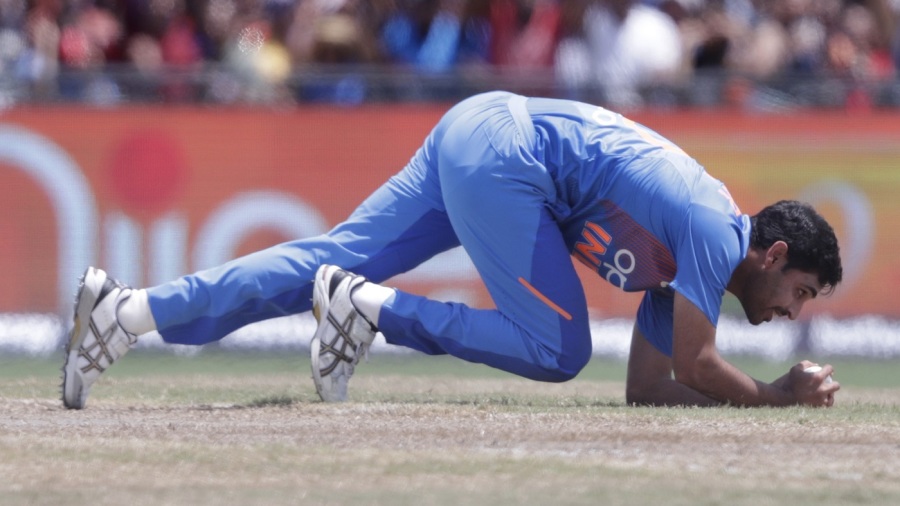 You look at the ICC T20I rankings and wonder, how the mighty have fallen. The reigning champions of T20Is enter the three-match series ranked tenth. But as it often is after the Caribbean Premier League, rankings mean very little because the team composition is so different from the one only six months before.

Neither Chris Gayle nor Andre Russell are around, nor is Carlos Brathwaite. So there are plenty of opportunities for some of West Indies’ squad members to contest for a spot in the XI for next year’s T20 World Cup. There’s Fabian Allen, the allrounder who is expected to fill in for Russell in the XI. Then there’s Brandon King, the highest scorer of CPL 2019. And finally, there’s Hayden Walsh Jr, who will be determined to show that he made the right call by switching allegiances from the USA to the West Indies. The return of the experienced Lendl Simmons boosts their batting too.

There’s also the fact that these youngsters are playing a T20I series in India that starts just a fortnight before the IPL auction. There will be plenty of eyeballs on them. The likes of Oshane Thomas, Shimron Hetmyer and Nicholas Pooran went for big bucks last year, and the opportunity to impress looms large for some others.

But even if you don’t look that far ahead, West Indies would be brimming with confidence under new captain Kieron Pollard, especially after spending more than a month in the country for their series against Afghanistan. They face a side for whom the shortest format is arguably their weakest, and the visitors would look to capitalise on the frailties of the hosts.

For India, the come-from-behind win against Bangladesh in the T20Is has calmed some nerves over their consistency in the format. They’ll be boosted by the rare appearance of Virat Kohli in home T20Is, as the captain has usually rested in the format over the last 12 months – like when West Indies toured India in 2018 – but with the World Cup less than a year away, it appears every game counts.

It’s a young Indian team, but with Manish Pandey, KL Rahul, Washington Sundar and Sanju Samson entering the series after successful outings in the domestic T20 tournament, there couldn’t be a better time than now for them to show their worth in the absence of the injured Jasprit Bumrah, Shikhar Dhawan and Hardik Pandya.

With Deepak Chahar’s meteoric rise, the pressure on Bhuvneshwar Kumar to succeed following his return from injury is high. He took only one wicket in two games in the domestic T20 tournament last month and since the end of the 2019 World Cup, he’s gone wicketless in three of his last six white-ball internationals. With Bumrah unfit, there couldn’t be a better chance than this series for Bhuvneshwar to show that he’s still an important cog in the team’s white-ball plans.

With Pooran sitting out the first T20I due to a for ball tampering, the series opener offers the best opportunity for Denesh Ramdin, the West Indies wicketkeeper-batsman, to make his mark. Although he’s a safe wicketkeeper, he has not impressed in subcontinental conditions with the bat. Last year, he made only 27 runs in three innings (at a strike-rate of under 100) when West Indies toured India and in PSL 2018, he came under scrutiny for failing to rotate the strike adequately. With Shai Hope and Pooran possessing adequate keeping skills, Ramdin’s days with West Indies may be numbered if he fails to get among the runs.

Since Sanju Samson replaced the injured Dhawan in the squad, he could be the second opener – instead of KL Rahul – beside Rohit Sharma. The other speculation is whether India play both wristspinners or choose multiple allrounders. India cannot ignore Pandey’s form for too long either. He scored heavily in Karnataka’s recent defense of their domestic T20 title. Although Mohammad Shami is part of the squad, he may be rested for the opener after delivering a heavy workload in India’s home Tests.

Pooran’s absence in the first match hurts West Indies’ depth with the bat, and so they may play an extra allrounder. That could be Keemo Paul, unless they want to go with a third spinner in Khary Pierre.

Two days before the start of the match, the pitch was covered for precautionary reasons because of overcast conditions. Since then, the skies have brightened. A cool evening is expected on match day, although weather reports claim that the air quality will be “very unhealthy.” The Hyderabad surface has traditionally offered plenty for bowlers, with the home team in the IPL – Sunrisers Hyderabad – finding more success at the ground defending.