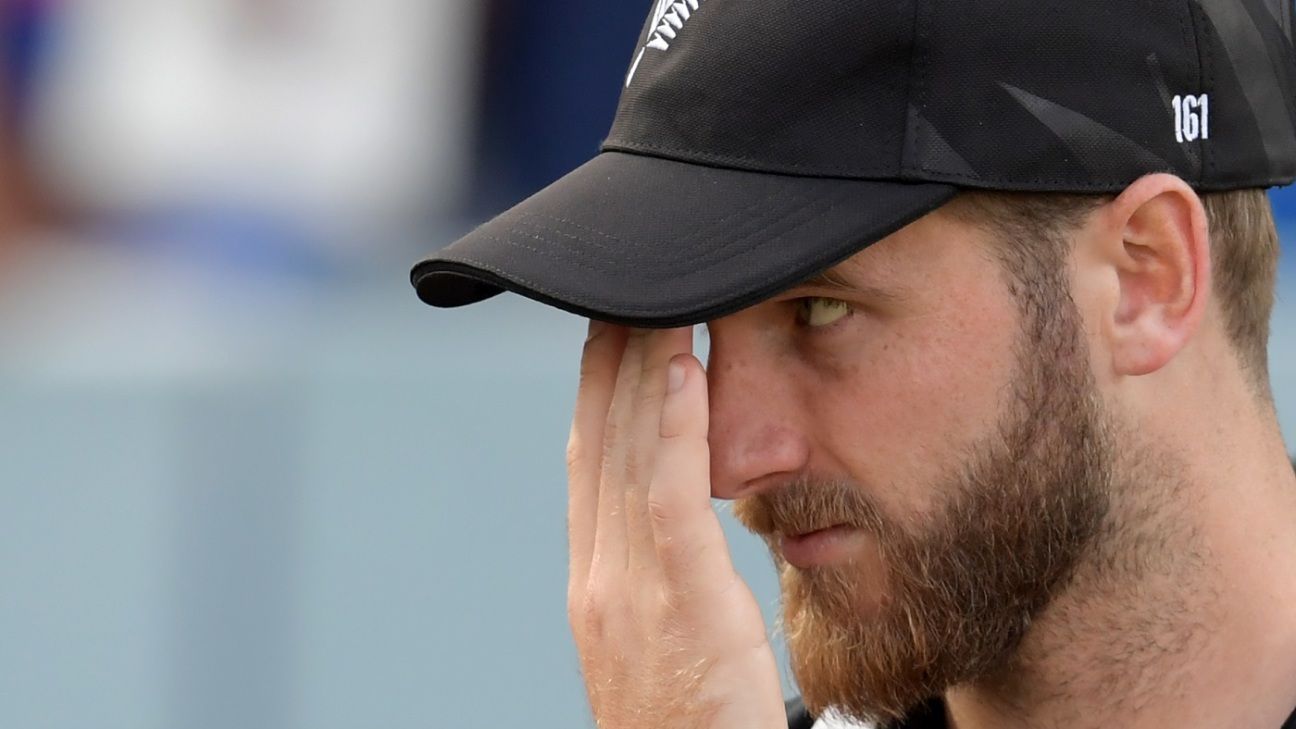 Kane Williamson is open to the possibility of playing under another captain if it results in the betterment of New Zealand cricket. However, he also said he has been enjoying the captaincy across formats.

“For me it’s always been about what’s best for the team,” Williamson said. “If those discussions [about captaincy changes] are to eventuate and collectively there’s a thought that it would be best for the team, then my stance is whatever is right and fits the group.”

Williamson took over as captain across formats in 2016, and has had to deal with scrutiny after New Zealand’s 3-0 Test series whitewash in Australia. His poor returns with the bat was even linked to his workload.

Ahead of a full home series against India, Williamson responded to the captaincy concerns. For starters, he understands the criticism and scrutiny that come with the role.

“I’m always open to whatever is going to help move the team in those directions,” he said. “Without a doubt, there are a number of challenges that come throughout that period that you’ve been in the job.

“I’ve been in it for some time now and you are forever dealing with those challenges and that’ll always be a bit different. It’s part and parcel of the job, but for me the focus is very much trying to help the team to grow and move in the right direction. That’s been the focus from day one”

His leadership was openly criticised by Brendon McCullum during the Australia series. The former New Zealand captain felt Williamson was being a “reluctant leader at times” and that he wasn’t perhaps enjoying captaincy as much.

For Williamson, captaincy is simply an extension of being part of a core leadership group, even before he formally assumed the role.

“Even prior to captaincy I was fortunate to somehow be in the leadership role. I do feel fortunate to be leading such a great group of guys that share a similar passion, which is to keep moving this team forward,” Williamson said. “I’m not the only one that is trying to lead that.

“There are a number of other guys, senior players and some younger guys who also obviously share the passion. The leadership thing is a collective approach. It is enjoyable and you do learn so much about yourself and about the team.”

Earlier, Williamson’s team-mate and senior batsman Ross Taylor had jumped to his defence, suggesting that taking breaks instead of giving up the role altogether could help him better. On Thursday, Williamson received support from his Indian counterpart Virat Kohli.

“I don’t think leadership can always be determined by the results,” Kohli said at his arrival press conference in Auckland. “It’s also about how you get the team together and get the guys functioning under you as well, which Kane has done wonderfully well. I think he has the respect of his team-mates and he has the trust of his team-mates, that is what I can see.

“And he is obviously a very, very smart cricketer. But if a team outplays you, you have to accept it as a collective failure, and not necessarily a lack of leadership or captaincy. I don’t think it’s fair to pressurise him.

“It’s only fair that he is given space to sort of figure out himself whether he wants to continue or he wants someone fresh to take over, because I’m sure he is thinking in the best interest of New Zealand cricket and the team as well.

“He has taken the team to the finals and as much as I know him, he reads the game very well. I think it should be left up to the guy who is most responsible for the team to take that decision and I’m sure that his heart and mind is in the right place.”