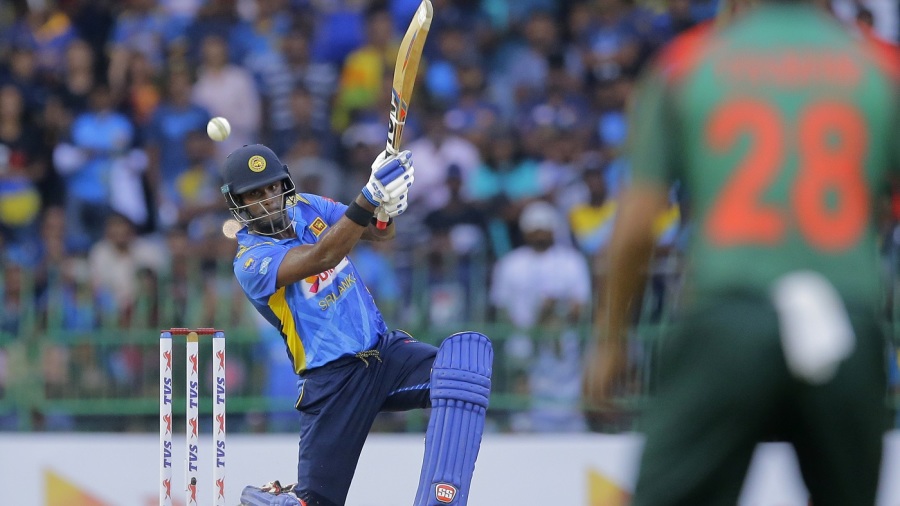 The margin of defeat may have been large, but Bangladesh Captain Tamim Iqbal was optimistic in his analysis of the first ODI.

“I thought the wicket was really good, 310 [314] I felt was a decent score. At half time we were happy, because I thought we came back strongly. And we believed that we had a chance of chasing this down,” he said after the game on Friday.

But of course that analysis was with a certain Lasith Malinga removed from the equation. Fortunately for Bangladesh, all their future equations for the remainder of this series will not involve Malinga.

While that may give their top order a little more cause for optimism, there were nevertheless a few other concerns. In the field Bangladesh were sloppy, their bowlers wayward, and their batsman – Malinga yorker victims aside – wasteful. In summary, this looked a far cry from the team that had performed so admirably at the World Cup, and they will be fired up to take this series to a decider.

For Sri Lanka, much went right in the first game. They will have been pleased to see the top order clicking into gear, and the pace and threat of seamers Lahiru Kumara and Nuwan Pradeep would also have offered hope going forward. However, a lack of finishing ability at the death with the bat could have come back to haunt them on another, Malinga-less, night, while their continuing inability to pick up wickets in the middle overs, nor stem the flow of runs therein, was again highlighted.

All things considered, expect a much closer affair second time around.

Tamim Iqbal got a Malinga classic to uproot his stumps in the first game, to go with a dropped catch earlier in the match. With Malinga now no longer a threat, Tamim will be hoping to build a better platform for his middle order to capitalise on.

Lasith Malinga was almost a one man wrecking crew on Friday night, but his performance overshadowed that of Nuwan Pradeep, who picked up three wickets himself. Now tasked with leading the line on his own, Pradeep needs to show Sri Lanka’s fast-bowling legacy is in good hands.

Khettarama has always been good for batting, as it proved in the 1st ODI. With the skies expected to be clear, winning the toss and batting first should be a no-brainer.

“I thought we started very poorly with the ball, we gave away way too many easy boundaries to them. The whole batting lineup, right throughout, was also very disappointing.” Bangladesh captain Tamim Iqbal knows the team has to improve in a lot of areas ahead of the second ODI

“We have some good fast bowlers, but we also need to keep an eye out for new talent that we can fast track. Do they bowl a good slower ball, or a good yorker? We need to find bowlers like that and get them to focus on improving those particular skills. If we keep waiting for bowlers to gain experience before coming into the side, we’re going to miss out on talent.” Lasith Malinga on how to find the next Lasith Malinga.