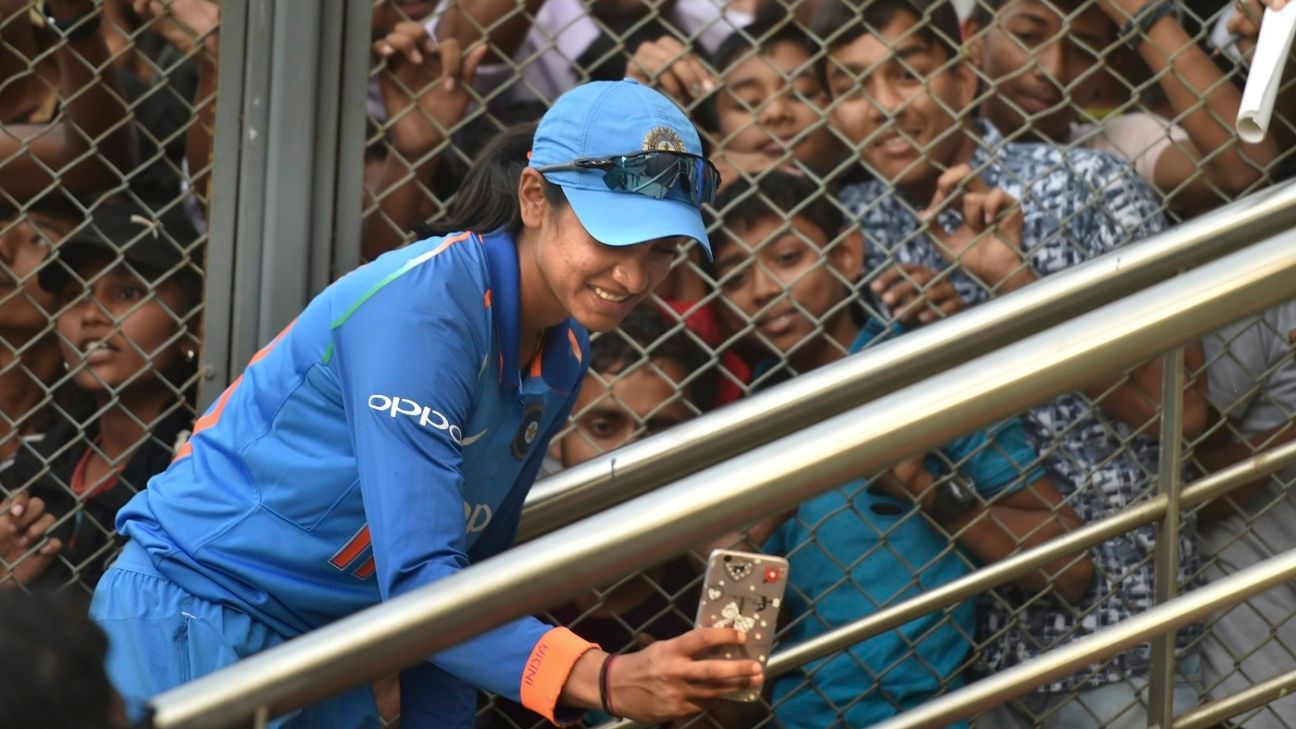 Smriti Mandhana thinks it is “unfair to compare” the BCCI women’s retainer contracts to their male counterparts. Speaking at an event in Mumbai, India’s T20I vice-captain made it clear the team was only focusing on winning, which would automatically bring in a bigger following, thereby more revenue.

Currently, the top grade of women cricketers are paid an annual retainer of INR 50 lakh, which half the value of the lowest retainer for men – those in Grade C get INR 1 crore.

“We need to understand one thing: revenue for women’s cricket. The day when women’s cricket starts generating the same revenue, I’ll be the first person to say we need same pay, but right now, we can’t say that,” Mandhana said on Wednesday. “No one is thinking about the [salary] cap or anything like that.

“The focus is to win matches, get crowd and revenues coming in. It’s unfair on our part to say ‘we need same pay’. It’s not right. I don’t want to comment on the gap. If we win matches and the crowds come, all other things will fall in place, and for that we need to perform.”

The Indian team will leave for Australia on Thursday, a month prior to the T20 World Cup. They will play a tri-series involving defending champions Australia and England in the run-up to the eight-team event, where India are looking to go a step ahead of their semi-final finish in 2018 in the Caribbean.

Never before in recent memory have India slotted in so much match time in the build-up to a global event. Only last month, 45 of the country’s top players played two rounds of group games followed by a final in the Challenger Trophy.

Also for the first time, an India A team was sent to Australia as part of a preparatory tournament, keeping the T20 World Cup in mind. As many as six players from India’s World Cup squad – Priya Punia, Shafali Verma, Veda Krishnamurthy, Arundhati Reddy, D Hemalatha and Mansi Joshi – were part of the series India lost 3-0. The results aside, it provided a young squad much-needed acclimatisation time.

“Most of us have played in Australia. With India A also touring there last month, it will be a big help. Four-five players were part of that team as well,” Mandhana explained. “But the tri-series is going to be very important when it comes to judging our team composure, the targets we need to aim at on those wickets, and how our bowlers can plan better. The tri-series will help us understand that.

“Over the last one year, whatever we were doing in the matches was by keeping the [T20] World Cup in mind. Now that we’re leaving for the tournament, it’s very exciting. We’ve got a mix of experience and new young players.”

At a personal level, Mandhana endured a mixed 2019, struggling with patchy form and niggles. As she looks to build towards the World Cup, she has the words of head coach WV Raman on her mind. Shot selection and spending time in the middle is foremost on her mind.

“The one thing he [Raman] told me was to try and play 30 overs in an ODI and 12 overs in a T20I. He said ‘if you do this, your game is such that you will automatically get a big score’. Being there is very important.”