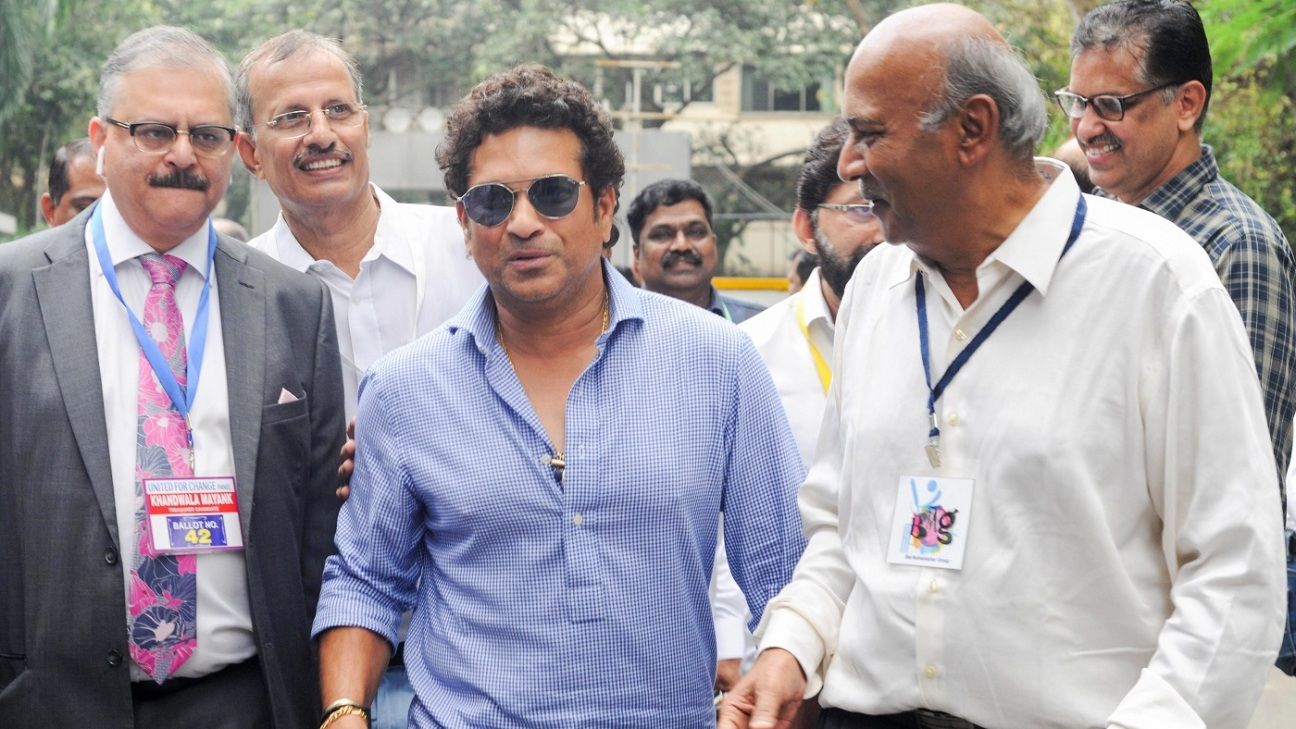 Sachin Tendulkar has suggested tweaking one-day cricket in order to promote a greater balance between bat and ball. He believed that having “two innings of 25 overs per side” could boost the interest among the spectators as well as the broadcasters.

This wasn’t the first time that Sachin was in favour of tinkering with 50-over cricket. He had mooted the same idea of splitting a one-day match into four innings of 25 each in 2009. The ICC even considered the idea, but it wasn’t implemented in the end.

“The 50-over format is the first thing that needs a look-in,” Tendulkar told The Times of India. “As I had suggested, the format needs a tweak of two innings of 25 overs per side with a 15-minute break between each innings (a total of four innings between two teams). The number of innovations that can be brought in are huge.

“Let’s say there’s a 50-over-a-side match between Team A and Team B. Team A wins the toss, bats 25 overs; then team B bats for 25 overs; Team A resumes innings (with whatever wickets left) from the 26th over; Team B then resumes the last innings to chase the target. If Team A has lost all their wickets within the first 25 overs itself, then Team B gets 50 overs (25 overs plus 25 overs with a break) to chase the target.”

Tendulkar explained how his proposal could help deal with dew, that often hinders the team bowling second, resulting in a more even contest. “There’s always a chance to come back into the game,” he said. “In a regular 50-over format, if a side wins toss and there’s dew, the side bowling second has no chance. The wet ball just skids on to the bat and it’s never a fair battle”.

In the recent 50-over Vijay Hazare Trophy in Bengaluru and Vadodara, wet weather affected a number of matches, forcing them to be abandoned. Rain also affected the quarter-final clashes, denying Mumbai and Punjab cracks at the semi-final. Tendulkar believed splitting the 50-over game could help avoid such no results.

“Frankly none of us understood Duckworth & Lewis,” he said. “I think only those two gentlemen understood it. Look at the recent Vijay Hazare game washout, when Mumbai bowed out. Nobody likes a no-result contest.”

Tendulkar also suggested that the first five overs of each set of 25 overs could constitute the Powerplay as opposed to ten overs first-up. He proposed that the bowling side could take three overs of a Powerplay whenever they want, which leaves two overs with the batting side.

“The six extra balls for bowling Powerplay will balance the battle between the bat and ball,” he said. “It’ll be exciting for the viewers because teams will constantly rethink strategies.

“If a batting side has consumed seven overs of Powerplay (five mandatory and remaining two), and have a pinch-hitter waiting to come out yet, they could hold the batsman back until the fresh mandatory Powerplay will begin from the 26th over. Or, if the bowling Powerplay is on and two offspinners are on strike and batting side loses a wicket, a ‘nightwatchman’ can walk out to see off those overs”.

A day after the 50-over Deodhar Trophy final, Tendulkar questioned the relevance of that tournament along with the four-day Duleep Trophy and 20-over Syed Mushtaq Ali Trophy.

“Look at the Challenger. Players come from different states, zones, play together for a few days and disperse,” he said. “There’s no team bonding. Do we even remember these games? Teams are randomly chosen. The same applies to the Duleep Trophy in certain ways. It doesn’t serve any purpose when players arrive overnight from different zones and play a few matches and go their separate ways.

“It’s [Syed Mushtaq Ali Trophy’s] the same format. The IPL is serving that purpose and is getting revenue too, which is important.”