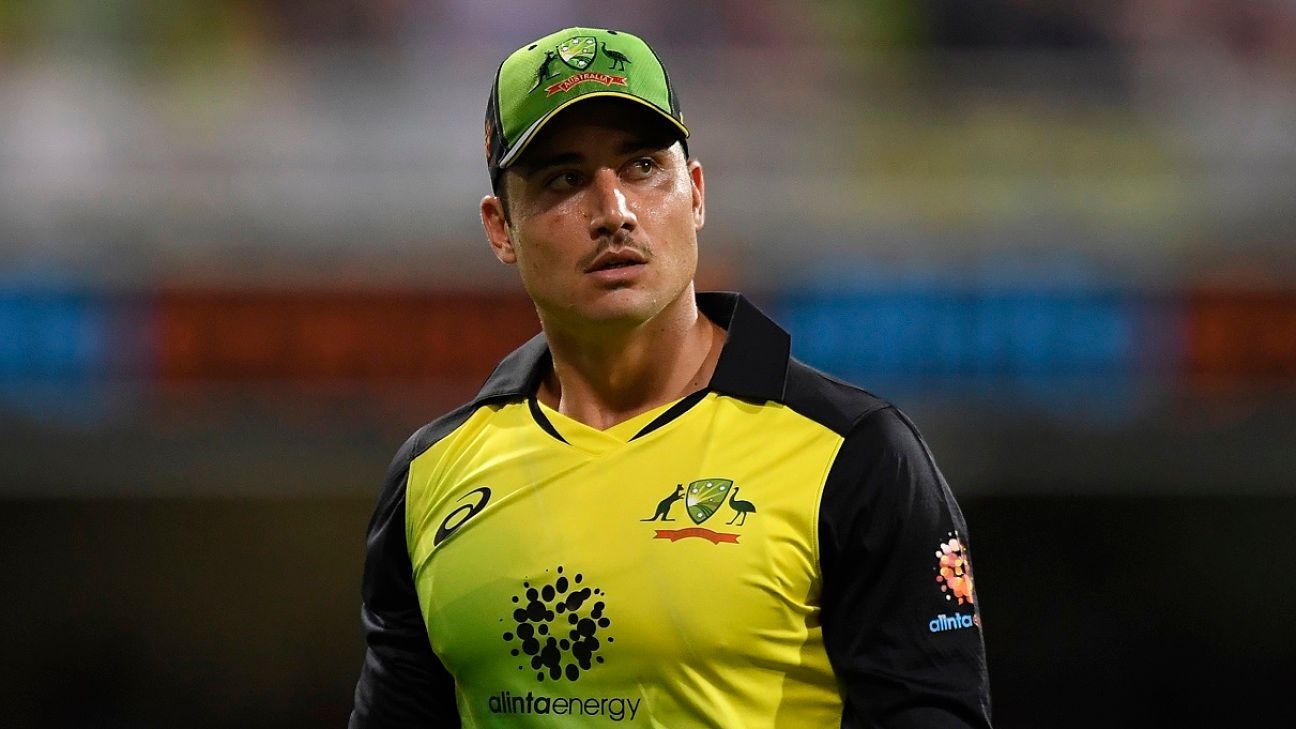 He has not played a red-ball fixture since December 10, with his last 11 matches being either domestic T20s or ODIs.

Yet, he is on verge of making his Test debut at Manuka Oval on Friday against Sri Lanka, just five days after playing his third Big Bash League match in just over a week.

“We’re used it to now,” Stoinis said. “You play so many formats in different teams all round the world, it’s something you have to adapt to. Everyone has to deal with the same thing.”

Australia’s schedule is being hotly debated both publicly and privately. While Stoinis is more challenged than most by the haphazard nature of it, he is also a beneficiary.

“You play so many formats in different teams all round the world, it’s something you have to adapt to. Everyone has to deal with the same thing”

MARCUS STOINIS ON SWITCHING FROM FORMAT TO FORMAT

Stoinis has been called up to potentially provide a fifth bowling option on what is anticipated to be a very flat surface in Canberra, leapfrogging Mitchell Marsh as the preferred seam-bowling allrounder for the Test side.

The workloads of Australia’s fast bowlers are being carefully monitored despite the Brisbane Test not lasting three days. Having already lost Josh Hazlewood to a back injury, Australia do not wish to lose another. Mitchell Starc has bowled 321.1 overs in 13 matches this summer and Pat Cummins 238.4 in 10. While Jhye Richardson has played nearly every match he’s been available for, sending down 314.3 overs in 19 games across three formats.

Stoinis, one of the most meticulous preparers in the Australia set-up, chose not to complain about the schedule, saying that the cricketers simply had to deal with it.

“To even think about changing it is way beyond my pay grade,” Stoinis said.

“There’s so much cricket, there’s so much reporting to do for you guys, the commentators are travelling around, the cricketers are travelling around. It’s probably hard to ever get that perfect. It’s probably just a matter of, the fact that you get experienced enough to start dealing with those sorts of things. It’s a non-negotiable. You just have to keep going and it’s something out of your control.”

The biggest challenge for Stoinis if he debuts won’t be the bowling loads. As was the case for Marsh, runs are the only currency in the Test allrounder role.

Stoinis’ first-class batting record does not match-up well against other top-six contenders. He averages 33.61 over 91 innings. He has scored only four first-class centuries and none since July 2016 – for Australia A against South Africa A in Brisbane. Since then he has averaged just 22.32 in his last 34 first-class innings. He went a stretch of 28 first-class innings without a half-century, despite some exceptional white-ball form in the same period, but found some good touch in his seven Sheffield Shield innings this season, producing scores of 80, 81 and 85 for Western Australia before the BBL break.

“I’ll take some confidence out of that,” Stoinis said. “(It’s been) a couple of lean years in red-ball cricket so it was really good to have a good year this year and everything is going well so far and then again you just try and implement those plans as often as you can.”

Part of the issue for Stoinis is that his role is always changing. He began his senior career in grade cricket in WA as an opener, playing alongside current Australia coach Justin Langer at Scarborough, and was initially picked for Shield cricket with WA at the top of the order. He moved to Victoria and batted almost exclusively at No. 3 in Shield cricket where he scored three centuries and averaged 38.22 over four seasons.

Since moving back to WA for family reasons, he has had to adapt to batting at No. 5 and No. 6 after strong performances in those unfamiliar spots at the ODI level for Australia.

“It’s quite a different role,” Stoinis said. “But I think it’s also just something to show selectors, or whatever the team needs as well, is to adapt to situations. It’s something I’ve had to learn with one-day cricket and Twenty20 cricket as well. Everything as you become more experienced becomes a little bit easier to transition to.”

He has shown his versatility in his last eight innings in BBL and ODI cricket. He has opened for Melbourne Stars in five games, scoring three half-centuries, and has been man of the match on four occasions. While in the ODI series against India, he batted at No. 6, batting in a variety of different scenarios.

If he plays in Canberra, he will likely bat at No. 6. But he said he can take a lot of confidence from his most recent form despite the change of format.

“I think so. I think any form of cricket, if you’re playing well, you feel good – whether it’s club cricket, whether it’s state cricket, or international cricket,” Stoinis said. “We play all year round. So when you feel good you make the most of it. I haven’t played Test cricket yet so we’ll see but I feel like I’m in a good spot.

“(I’ll) probably look to play my natural game. And I’ve played long enough now to probably identify what that is. But also, definitely understanding that Test cricket is the art of discipline. Just sticking to your plan, being disciplined to the art of batting and art of bowling, all that sort of stuff. So that’s definitely my focus, but my own spin on it.”

Complicating matters further, this could be Stoinis’ last red-ball match before a potential Ashes tour berth, as ODI tours of India the UAE will take him out of Shield cricket before the Indian Premier League and the World Cup.