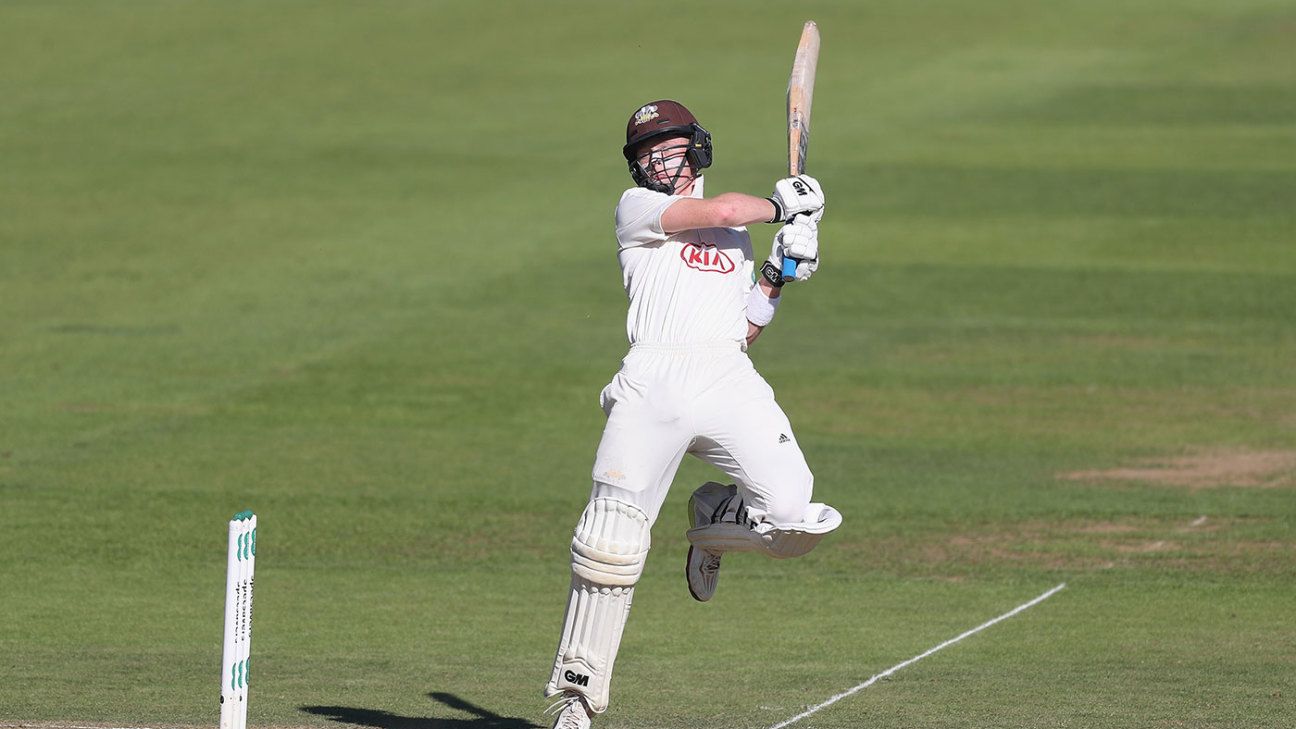 India A bowlers did not find much help from the final-day pitch at the Krishnagiri Stadium in Wayanad, as England Lions batted through the last day, with Ollie Pope and Sam Hain making half-centuries to salvage a draw. Lions started the last day on 20 for 0 in their second innings, trailing by 180 runs, and ended the day on 214 for 5, with an overall lead of 14 runs.

Pope played with composure, and was circumspect on his way to a well-crafted 63 off 122 balls. While the pitch did not offer much for the quicks, the two wickets left-arm spinner Shahbaz Nadeem got later in the day gave some evidence of spin available from the Pavilion End. But the English batsmen stuck around and saw through the rest of the day, avoiding any risky shots.

A couple of wickets earlier in the day kept India A interested in victory, but resistance from Pope and Hain over two sessions subdued their ambitions. Lions lost Ben Duckett early to a poor shot, when he was tempted by Avesh Khan to slash at a ball that was well outside the off stump, only to find a thick outside edge flying to KL Rahul at first slip. A couple of overs later, Max Holden fell to a dodgy decision – he was convinced the ball had hit the ground before it was pouched by Abhimanyu Easwaran at silly point off Saxena.

India A suddenly had a spring in their step, but Pope and Hain motored on for the next two sessions, although the runs didn’t come quickly on a pitch that seemed a bit slower for expansive shots. But Pope fell soon after lunch, when Nadeem got a full ball to grip, turn, and bounce that caressed his outside edge for the wicketkeeper.

Captain Sam Billings followed soon, pressing forward to Nadeem and popping a catch to silly point. Hain’s dismissal within the next five overs, trapped lbw by Saxena, would be the last wicket to fall on the day.

Bad light halted play for about 15 minutes with more than an hour’s play left in the day, but it eventually resumed, only to be stopped again due to bad weather. With Steven Mullaney and Will Jacks at the crease, the players shook hands with 12 mandatory overs remaining.