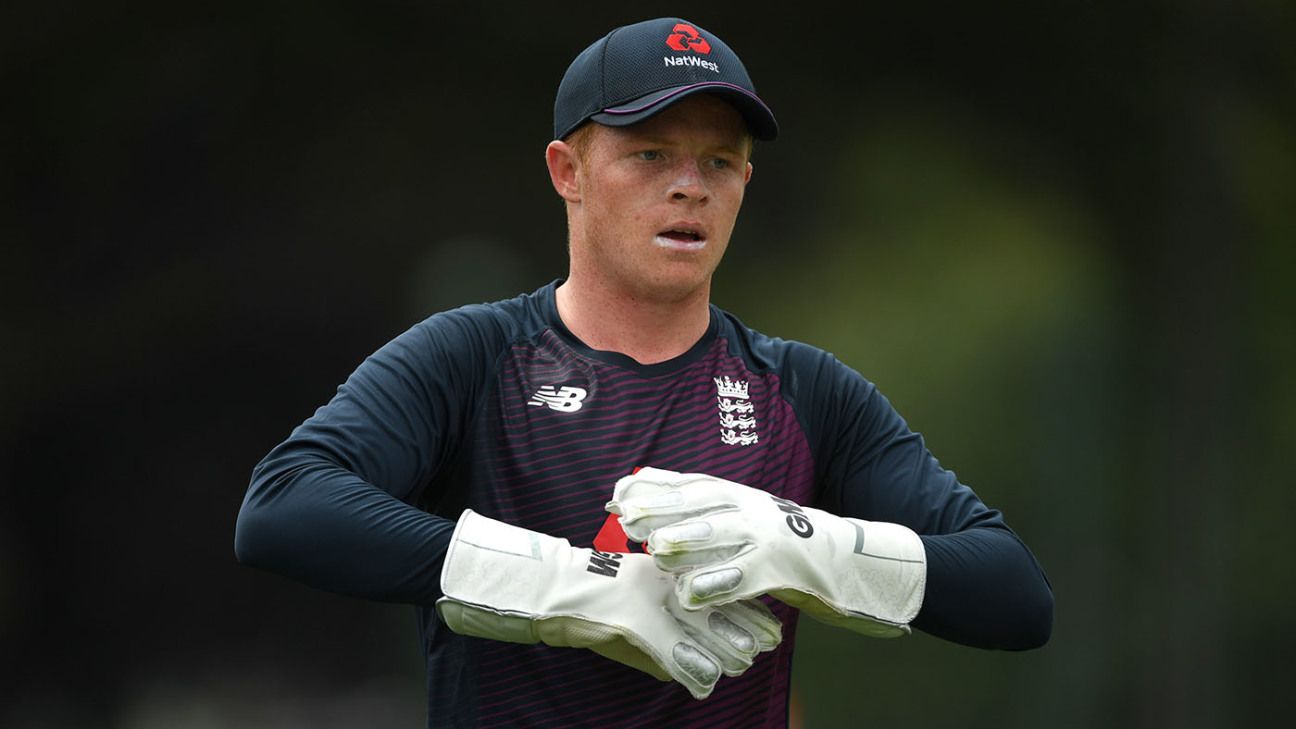 Ollie Pope is keen to prove himself as a world-class wicketkeeper after he was parachuted into the role as for the second Test against New Zealand as cover for the injured Jos Buttler.

Pope, who went into the match in Hamilton having kept in just five first-class matches previously, scarcely put a foot wrong for the entire opening day, producing some athletic takes along the way despite being slotted into the role in the absence of a specialist back-up keeper and experiencing limited exposure at Surrey, where the No. 1 keeper is Ben Foakes.

“I’ve seen a lot of talk on social media the last few days,” Pope said. “I’m a keeper, I’ve kept since I was eight years old.

“Since I’ve become a professional it’s obviously just been limited, the amount I’ve done, with Foakesy being at Surrey, but it’s something I’ve had on my radar since the moment I got told I was coming on this tour. So if the opportunity were to come around I just made sure that I was ready and hopefully that shows in my performance.”

In terms of keeping wicket for England as well as batting – the latter being the reason he was included on the tour of New Zealand – Pope said he would take any opportunities that arose.

“At the moment my focus in on my batting going forward but at the same time at Surrey we’ve got Foakesy so the amount of game time I get I don’t know,” he said. “I’m going to keep going as much as I can, if I’m not getting the game time hopefully the training will look after itself and then if I do get a go in the games whenever it does happen hopefully I can do a good job.”

Pope, playing just his fourth Test, was confident in offering his opinion on whether to use DRS and said he would continue to do so as he had “the best seat in the house for it”. Having learned he would stand in the night before match eve after Buttler suffered back spasms in the gym, Pope also revealed he had pulled up well after a rain-interrupted first day on which play was halted shortly after the tea break.

“It was a different role, I feel pretty good this morning,” Pope said. “The body feels good. A bit of a surprise but I always had it on my radar that something like this could happen so yeah, I was prepared for it.

“I like keeping, I still see myself as a keeper. Obviously I haven’t done a massive amount … but it’s still something in my game I want to keep going so I was excited and ready to go.”

Pope is also keen to improve on his “frustrating” first-Test performance with the bat after making a 29 and 6.

“I’m feeling really good in the nets,” he said. “I played well in the warm-up games so to get out in the fashion I did in that game was probably the most frustrating thing for me.

“But at the same time there’s some good lessons for me as well and watching how these guys go about their stuff, how they bounce back, it’s a good thing for me going forward so hopefully I can take those lessons into this game and into the future.”