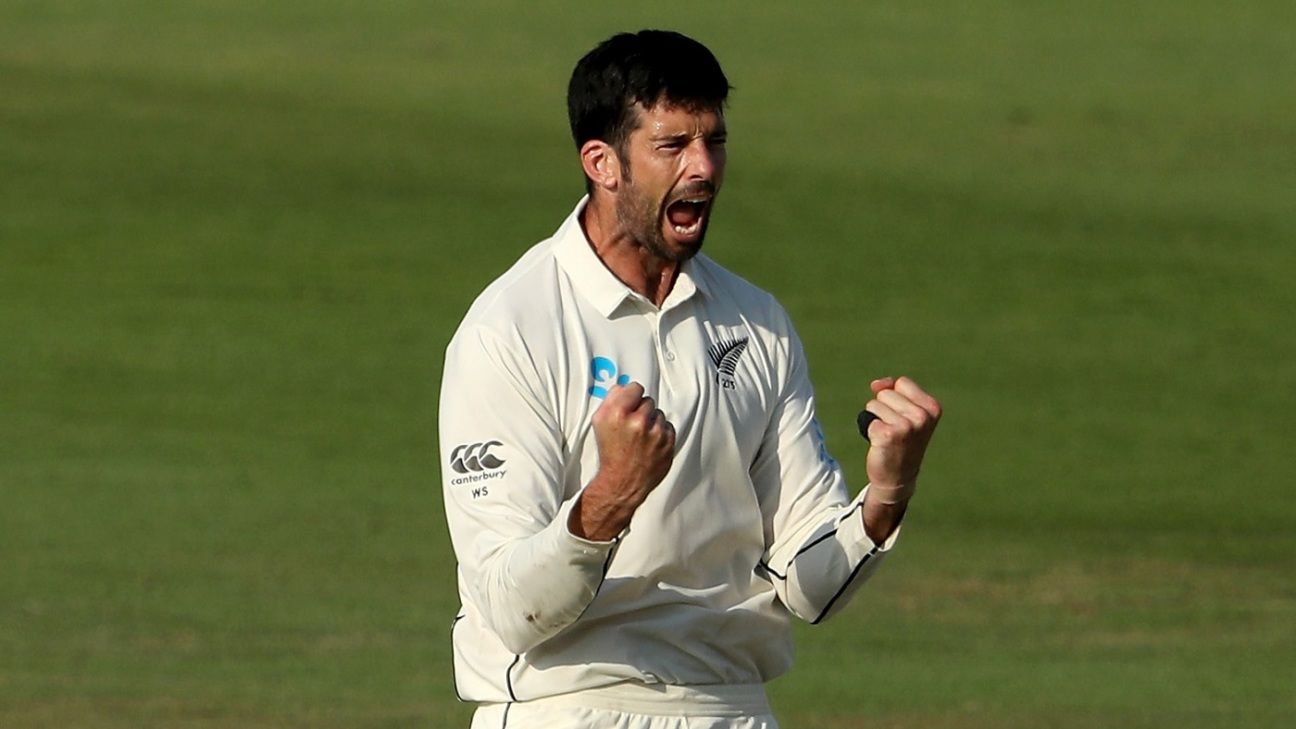 New Zealand have called up offspinner Will Somerville to their squad for the third Test of their series against Australia as an injury replacement for Trent Boult.

Boult fractured his hand while batting in the Boxing Day Test, and is set for four weeks of rehabilitation back home before he is fit to play again. He had also missed the first Test of the series with a side injury.

ALSO READ: Boult out of SCG Test after fracturing hand

Somerville, the 35-year-old offspinner, has played three Tests for New Zealand, all of them in Asia, and has taken 14 wickets at 25.14 in his career.

While it might seem unusual for a spinner to replace a fast bowler in the squad, the decision has been made with an eye on conditions, given the third Test is in Sydney. The SCG has a reputation for turning pitches, and Australia have added legspinner Mitchell Swepson to their squad with that in mind.

Somerville has played five first-class games at the SCG, taking 23 wickets at 20.69 at the venue in his days as a New South Wales player.

Gary Stead, New Zealand’s coach, said: “There’s no secret the SCG pitch is one of the more spin-friendly in Australia.

“Will offers something different to our two other spinners in the squad with his right-arm offspin and height. The fact he’s played a lot of cricket in Sydney during his career for New South Wales will also be helpful as we prepare for this final Test.”

Somerville is the third frontline spinner in the touring squad, alongside legspinner Todd Astle and left-arm spinner Mitchell Santner. If New Zealand do opt to pick two spinners, it is likely that Santner will be one of them given he offers the most of the three with the bat, but he has endured a tough series to date, taking one wicket for 250 runs and leaking 3.62 runs per over.