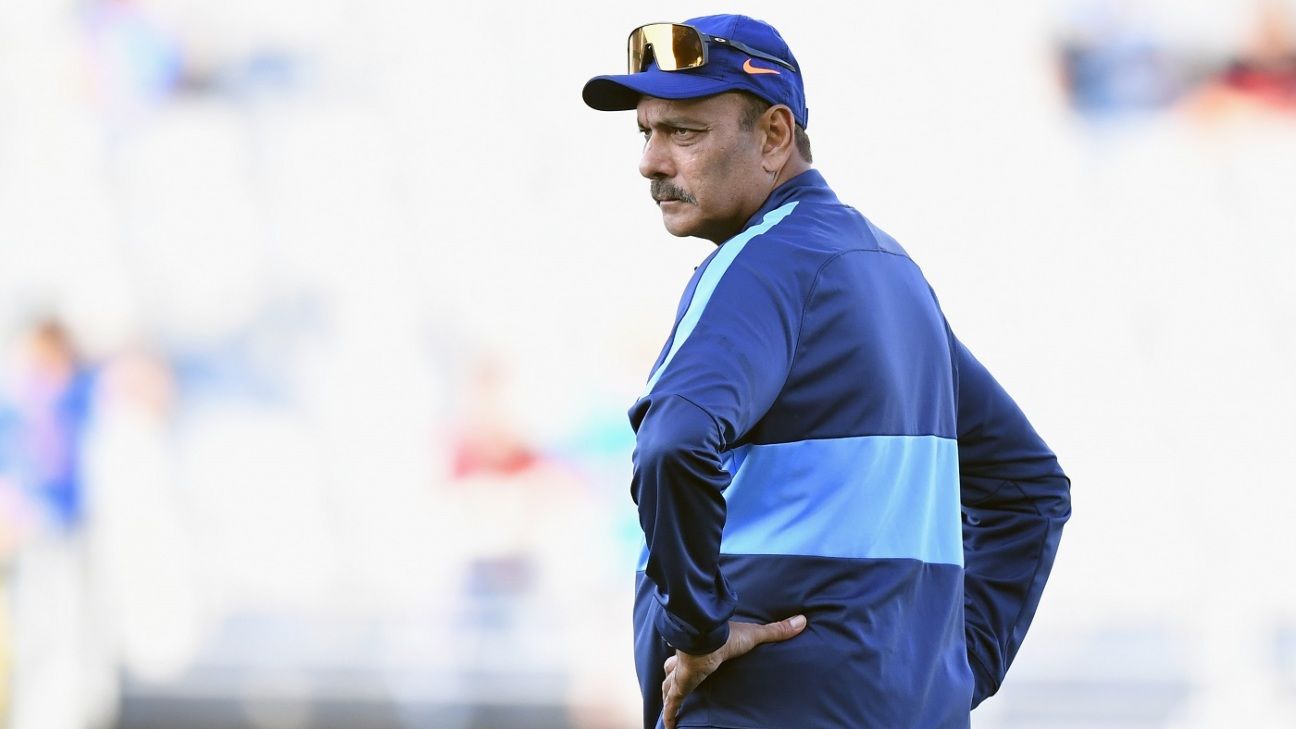 The objective in the two-Test series in New Zealand is to “play like the world’s No. 1 Test team” and collect full points – 120 of them – “to be in contention to play at Lord’s” in the World Test Championship final in 2021, according to India head coach Ravi Shastri.

India are currently on top of the championship table with a full 360 points after beating West Indies 2-0 away and then South Africa and Bangladesh 3-0 and 2-0 at home respectively. Winning two Tests out of the ones in New Zealand, which starts February 21 in Wellington, or the four in Australia later in the year should put India in a good position to make that trip to Lord’s.

“We need 100 points to be in contention to play at Lord’s. Two overseas wins out of six Tests will keep us in good stead. We play six Tests overseas this year (two in NZ and four in Australia). So, that’s one objective,” Shastri was quoted as saying by the Times of India. “The other is to play like the world’s No. 1 Test team – because that’s what this team believes in more than anything else. On the Test front, that’s what we’re looking at.”

India swept the five-T20I series in New Zealand before being blanked 3-0 in the ODIs, and Shastri called the ODIs “relatively irrelevant” in what is a T20 World Cup year, and that the Tests “matter more right now”.

As for the Tests, India are without Rohit Sharma with a calf injury, and have Mayank Agarwal, Prithvi Shaw and Shubman Gill as the opening options in New Zealand.

“Both [Shaw and Gill] are supremely exciting talents,” Shastri said. “Regardless of who gets into the XI in Wellington, the fact of the matter is they’re here, part of India’s national squad, and from here on they should know that the sky remains the limit.”

Speaking specifically about Gill, Shastri said, “He’s phenomenally talented. His approach to batting is very clear and he exhibits a very positive mindset. That’s very exciting for a boy who’s just 20 going on 21.”

In their first innings of the only three-day tour game before the first Test, Shaw and Agarwal opened and scored 0 and 1 respectively, while Gill, batting at No. 4, scored a duck too, all of them falling to Scott Kuggeleijn.

“They’re all from the same school, you know. They love facing the new ball, enjoy a challenge,” Shastri said. “Rohit is unfortunately out so that puts Shubman and Prithvi in contention to open with Mayank. That competition is necessary and that’s what makes a bunch of 15 look strong and stable.”

India are also without Hardik Pandya, Bhuvneshwar Kumar and Ishant Sharma, who will be undergoing a fitness test in Bengaluru on Saturday to see if he can join the touring party.