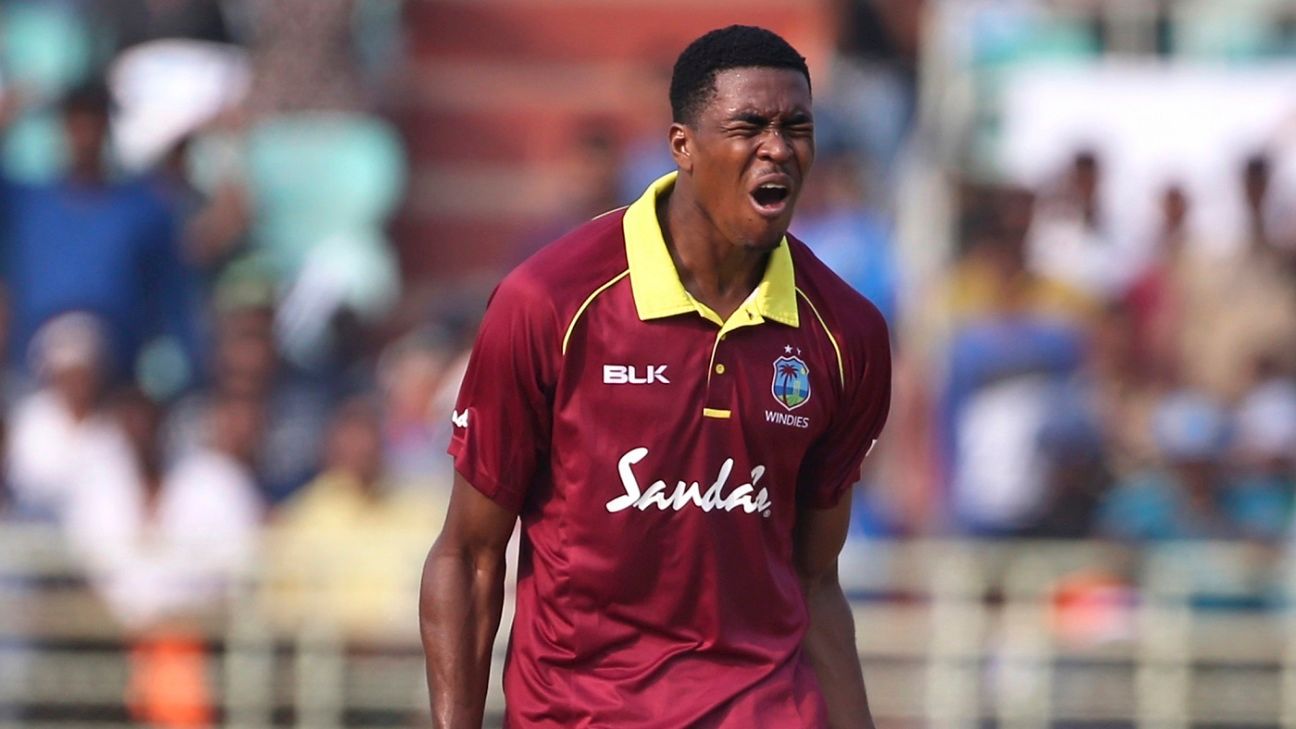 Obed McCoy is set to be called into the West Indies squad.

McCoy, the 22-year-old left-arm fast bowler, replaces Andre Russell who has been forced to pull out after a recurrence of a long-standing knee problem.

McCoy, blessed with pace, control and one of the best slower balls in the business, has long been seen as one of the most exciting bowling prospects in the Caribbean. He made his international debut in India in October and, while he has played just three first-class games, impressed with St Lucia Stars in the CPL and for West Indies B in the Global T20 Canada.

He played for the University of West Indies Vice Chancellor’s XI in the limited-overs warm-up match in Barbados in February and, having flown into St Kitts on Wednesday, is expected to be available for the final two matches of the T20I series against England.