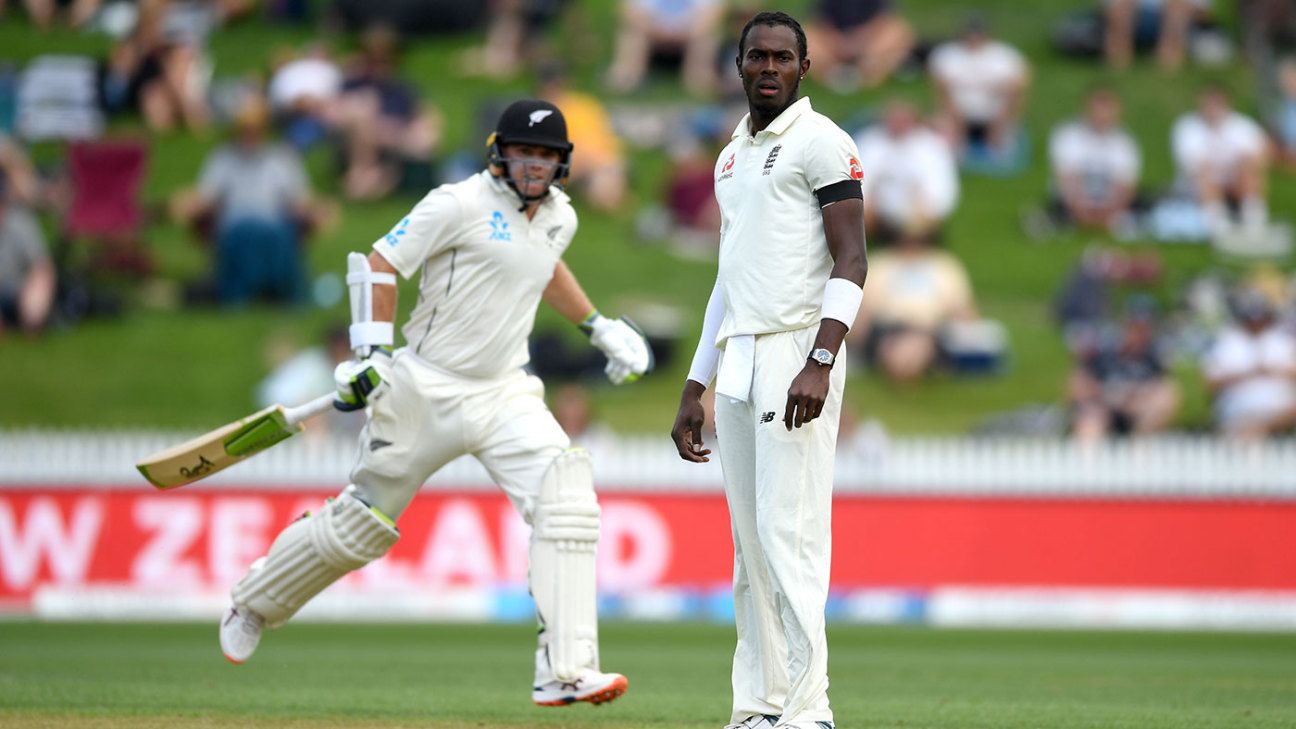 New Zealand Cricket has lodged a complaint with Tauranga police over the racial abuse directed at Jofra Archer near the end of the first Test against England at Bay Oval.

Information gathered from an inquiry which included studying CCTV footage, listening to audio, interviewing bystanders and obtaining material on social media has been incorporated into the complaint. As ESPNcricinfo reported at the time, the alleged culprit contacted Archer on Instagram in the hours after the incident.

While NZC describe the information-gathering exercise as “useful” and are confident they have been able to identify the culprit, they lack the authority to conclusively and publically identify the person responsible and therefore feel “unable to comment on public speculation regarding his personal details”.

Despite this, NZC chief executive David White said he believed there was enough material to justify lodging a complaint with the police especially, a press release stated, “if the Bay Oval perpetrator was to reoffend”.

“What happened to Jofra was reprehensible and has led to a general upscaling of security around the area of racial abuse at all our international venues,” he said.

“Should the person responsible ever reoffend, we believe we have enough information to link him to the Bay Oval incident.”

White confirmed that, if a conclusive identification was forthcoming, NZC would seek to ban the offender from all its international venues “for a lengthy period”.