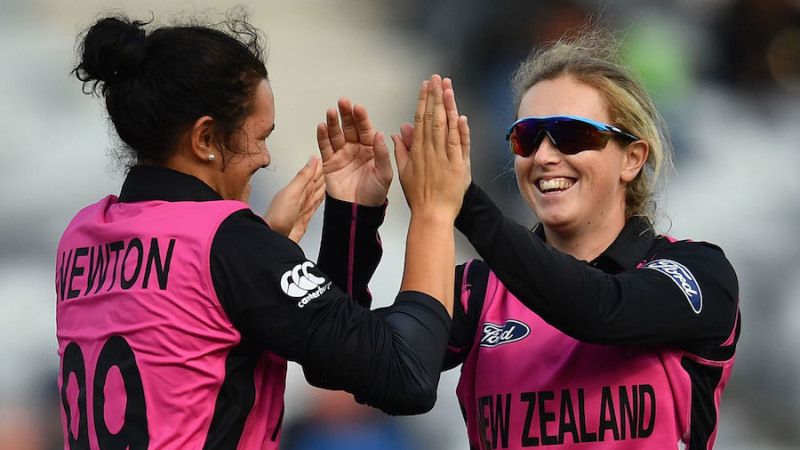 New Zealand wicketkeeper-batsman Bernadine Bezuidenhout has been ruled out of the T20 series against India, owing to a fractured middle finger of her right hand. Spin-bowling allrounder Anna Peterson, who was the Player of the Match in the third and last ODI on February 1, has been named Bezuidenhout’s replacement, and will join the squad in Auckland on Thursday.

Coming off an underwhelming run in the three-match ODI series where she scored 22 runs in two innings took two catches, Bezuidenhout was struck on the hand when batting at the Basin Reserve nets ahead of the T20I series opener on Wednesday. New Zealand head coach Haidee Tiffen confirmed Bezuidenhout will return home to rest.

“You never like to see players miss out due to injury and it’s no different in Bernie’s case but unfortunately it’s just part of the game,” Tiffen said. “We wish her a speedy recovery and know she will be doing everything in her power to get back on the park.”

Peterson, meanwhile, finished as the hosts’ leading wicket-taker with five wickets in two innings in the ODI series, and the second across teams, behind India’s Poonam Yadav.

“Anna joins the side and brings with her experience as well as an option with both the bat and ball,” Tiffen said of the 28-year-old Peterson. “She will slot right in having already been with the squad for the ODI campaign.”

New Zealand lost the three-match ODI series 1-2 but their captain Amy Satterthwaite was excited to see what the new faces can do during the T20I series that starts on February 6.

Meanwhile, New Zealand Test opener Jeet Raval has been named captain of the New Zealand XI side for a one-off 50-over tour match against Bangladesh, in Lincoln on Sunday. Rachin Ravindra, the Under-19 batting allrounder, has also been included in the squad.

“We’ve identified Rachin as a player of interest for a significant period of time now,” selector Gavin Larsen said. “He did a very good job for the NZ A team in both the UAE and at home against India A and we believe another day of international cricket would be very advantageous for him.”