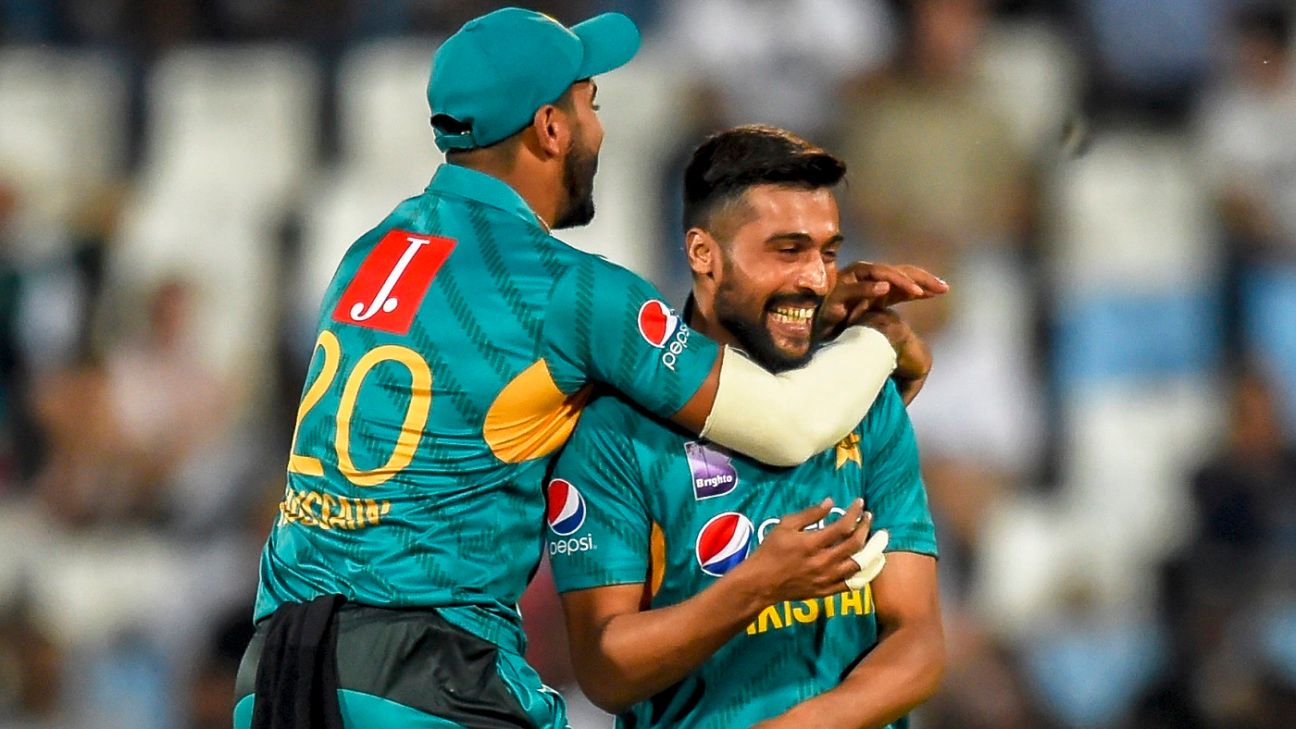 Mohammad Amir’s ODI numbers since the 2017 Champions Trophy make for worrying reading if you’re a Pakistan fan. With just five wickets from his last 14 ODIs and the World Cup less than two months away, Pakistan’s head coach Mickey Arthur has cast doubts over the fast bowler’s inclusion in the side “going forward”.

In the 21 months since that Champions Trophy final against India in June 2017, Amir has gone for an average of 92.60, failing to complete his quota of 10 overs even once. The spotlight on him only increased after he was named in the Pakistan squad for the ongoing series against Australia, only to be dropped immediately after another wicketless, expensive outing in the first ODI in Sharjah.

While both Arthur and chief selector Inzamam-ul-Haq have previously backed Amir as a bowler for the big occasion, it is becoming increasingly more difficult to see him seal a spot in the squad for the World Cup, which begins on England on May 30.

“Yes, Amir’s form is a worry and nobody is more worried than Amir,” Arthur said. “I still think he is an incredibly skilled bowler and has all the attributes to be successful. He has got a big match temperament and we will see how we use him going forward.”

Amir has potentially three more chances to make an impression in Dubai, with three ODIs left in the series against Australia. Things haven’t gone according to plan so far for Pakistan, who lost the first two matches convincingly after resting six key players (as well as a seventh later in Faheem Ashraf). The team faced further ire when makeshift captain Shoaib Malik suggested after the second ODI in Sharjah that Pakistan were using the series merely to test their bench strength, and that winning or losing did not matter.

Arthur, however, put those suggestions to bed, claiming that Pakistan were always out to win, and that the environment in the dressing room was positive.

“Every time we play for Pakistan, we are playing to win,” he said. “You ask the guys in the dressing room, I am a very bad loser. We hate losing. We are representing a very proud cricket nation and we never want to lose. We are testing our bench strength, but we will never sacrifice our intensity and the will to win.

“The attitude of the guys that we have around here has been incredible. These guys will become very, very good cricketers. The other guys [who have been rested for this series] have been in a tough system for two years. These guys are only now making their way like Mohammad Hasnain, Abid Ali, Saad Ali. Shan [Masood] and Rizi [Mohammad Rizwan] have been in and out of our ODI side. Umar Akmal is back. We are trying to increase the depth of Pakistan cricket.

“We get castigated for not giving opportunities to the younger guys. Now we are giving them the opportunities are we are being castigated again. There seems to be no winning. What people need to understand is that we are a very passionate cricket team and whenever we go on the field, it is to win. We represent 210 million people and it is so important. Myself, Inzi [Inzamam ul Haq and the selection panel have a plan in place which is to have our core group of 15 ready and firing to go by April 23, when we go to England, to win the World Cup for Pakistan.”