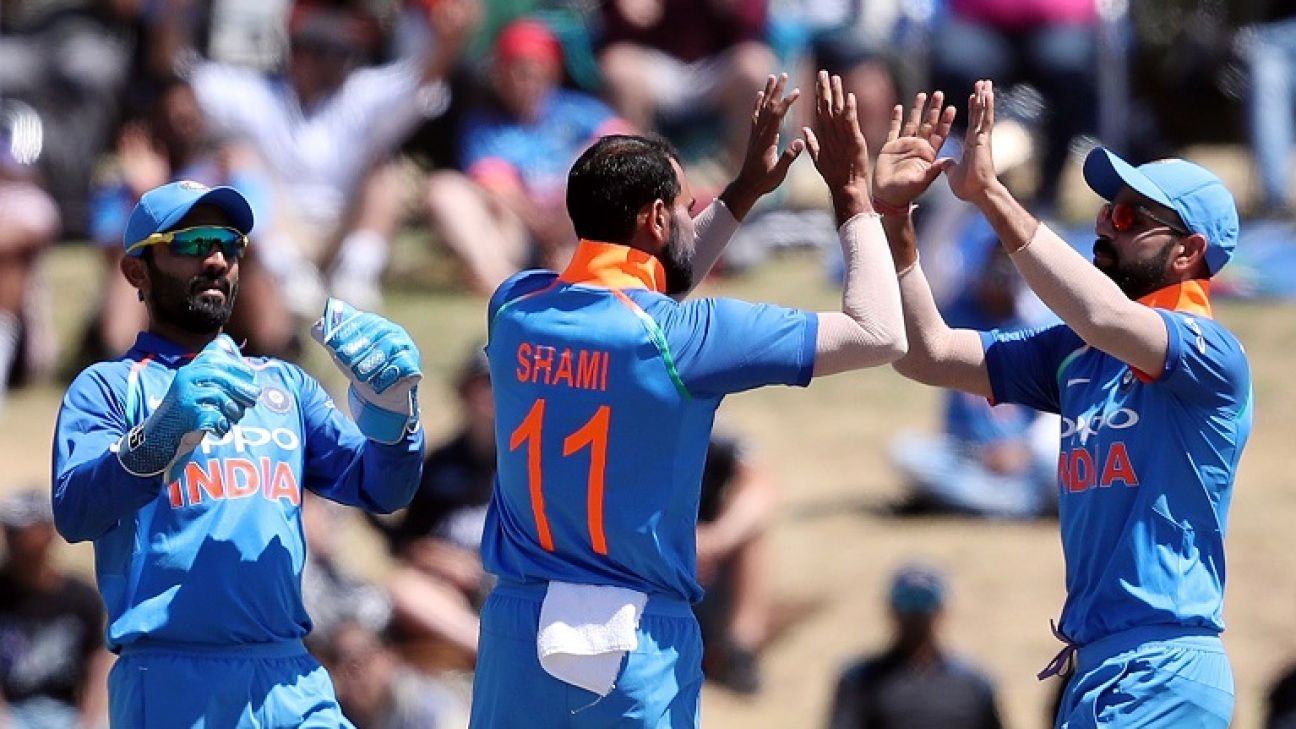 Never mind the 2007 World Cup, India have been a very good ODI side pretty consistently since the 2003 World Cup. Yet, there is a headiness now that can be compared to the dominant Australians of the 1990s and 2000s, which could pitch an Australia A side in an international tournament and end up making it more competitive. At the moment, former Indian cricketers are asking for another ‘superstar’ to be introduced in place of the resting superstar.

Imagine the aura of the side: Virat Kohli, for all intents and purposes an all-time great of the format, believes he was not 10% the player when he was as old as Shubman Gill. This is four months from the World Cup when a conservative side would not even be thinking of newcomers. For India, Gill may or may not be allowed to present his case; back home Rishabh Pant is keeping the pressure up for incumbents. We are talking about incumbents who have seen the team to 12 series wins in their last 13 bilateral contests. In tournament cricket, they have made two finals of two tournaments in this period, winning one of them.

At the other end to this team at the peak of its powers are New Zealand, still holders of the best win-loss record at home since the last World Cup, still serious contenders at the upcoming World Cup, but suddenly unable to respond to a brand of cricket only India seem to be playing in a power-driven sport. Not that New Zealand believe in the philosophy, but what India have can’t be bought in a market. Two wristspinners who win by bowling slow, and getting even slower when under pressure. Three top-order batsmen who have outdone by some distance Sehwag, Tendulkar and Ganguly as a combination.

The last time New Zealand lost four matches in a series was back in 2012, but in the West Indies. At home, only Australia (twice) and Sri Lanka have consigned them to the fate. Now they need to find a way to avoid it in the next two games.

Does Colin Munro work in ODIs? Some might call him a poor man’s Brendon McCullum, the sharp impact player at the top of the innings as opposed to someone who sets himself up for long innings, a T20 player of sorts to play the first 20 overs as a separate match. In theory, it is a move that tests the limits of the format, but Munro doesn’t have the success rate to inspire confidence that this can work at the World Cup. Not blessed with the same human resource as India are, New Zealand have to make some low-percentage moves to try to even out the field. Munro, though, needs flat conditions with the ball not doing much off the straight – both in terms of line and in pace – to come off. Now is about time for New Zealand to decide whether they want to change their plan for the World Cup.

He is known for his double hundreds. He is now playing his 200th ODI. And Rohit Sharma is doing it as India’s captain in Kohli’s absence. On one occasion in this series, he has raised the possibility of a double, on another he has looked good for a hundred; now he will finally want to score his first century in New Zealand.

After missing the last game with a hamstring strain, MS Dhoni was back in the nets. Tempting as it might be to take a look at future ‘superstar’ Gill, it will be more practical to persist with Dinesh Karthik, who did a good job in Dhoni’s absence. Ambati Rayudu could move up to the No. 3 vacated by Kohli, with Karthik and Dhoni manning the middle order.

New Zealand have made two changes to the squad that surrendered the series in the first three matches. James Neesham and Todd Astle have replaced Doug Bracewell and Ish Sodhi, and could be the only changes to the XI. Depending on the conditions, Tim Southee could replace one of the spinners.

In the last three ODIs at Seddon Park, scores of over 260 and under 290 have been chased down successfully. Spinners have done well in all three; Mitchell Santner even opened the bowling once. No weather disturbance in expected.

“The thing that stands out for me is the relentless intensity with which the guys have played all these three games, not relaxing after 2-0 up as well, which I think is very, very important. Now they’ve started to realise how to close series and how to capitalise when we have advantage in a series. “
Virat Kohli has gone to rest a satisfied man

“I hope it’s not a problem in the future. We’ve got a very clear plan of how we want to play – that won’t change. We have to recognise at the moment that the top order aren’t getting as many runs as what we’d like, but also [Mohammed] Shami and [Bhuvneshwar] Kumar have been outstanding with the new ball and really put us under pressure.”
New Zealand coach Gary Stead doesn’t want to panic