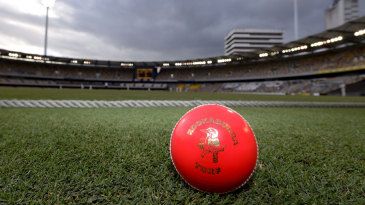 Cricket Australia announced their domestic schedule for the 2019-20 season on Tuesday with notable changes to the domestic 50-over competition. However, there will be no pink-ball Shield matches for Australian Test players in preparation for the two day-night Tests.

There were no pink-ball Shield games last summer as the only day-night Test came in late January against Sri Lanka while the BBL season was on. Sri Lanka played a day-night tour match against a Cricket Australia XI in Hobart in the lead up.

All four Tests against India that came during the traditional December to early January window were day games and the six Shield matches leading into that Test series were also day fixtures.

The first round of the 2017-18 Sheffield Shield season were day-night fixtures with a pink ball to help Australia’s Test players to prepare for the day-night Ashes Test in Adelaide that summer.

England Lions are also touring Australia in February to play five 50-over matches and three four-day games, with one of those games, at either in Hobart against a CA XI or at the MCG against Australia A, set to be a day-night fixture.

CA’s head of cricket operations Peter Roach said CA felt there was no need for any Shield rounds to be pink-ball matches this season.

“We’ve got an Australia A game versus Pakistan at Perth Stadium in early November and we’ve also agreed with England Lions to play one of their games as an under lights game,” Roach told ESPNcricinfo. “So we’ll have two opportunities for a group of our players to play under lights this year and it was felt that that was enough exposure for our players this year.

“We’re still going to go with the red Kookaburra [ball in Shield cricket] before Christmas and Dukes balls after Christmas. We’re still using two different balls. On balance it was felt that was enough.”

Like last season, there will be six Shield games before the BBL starts on December 17 and four more plus the final after the BBL concludes on February 8. The bonus point system remains in place for both the regular season and the final.