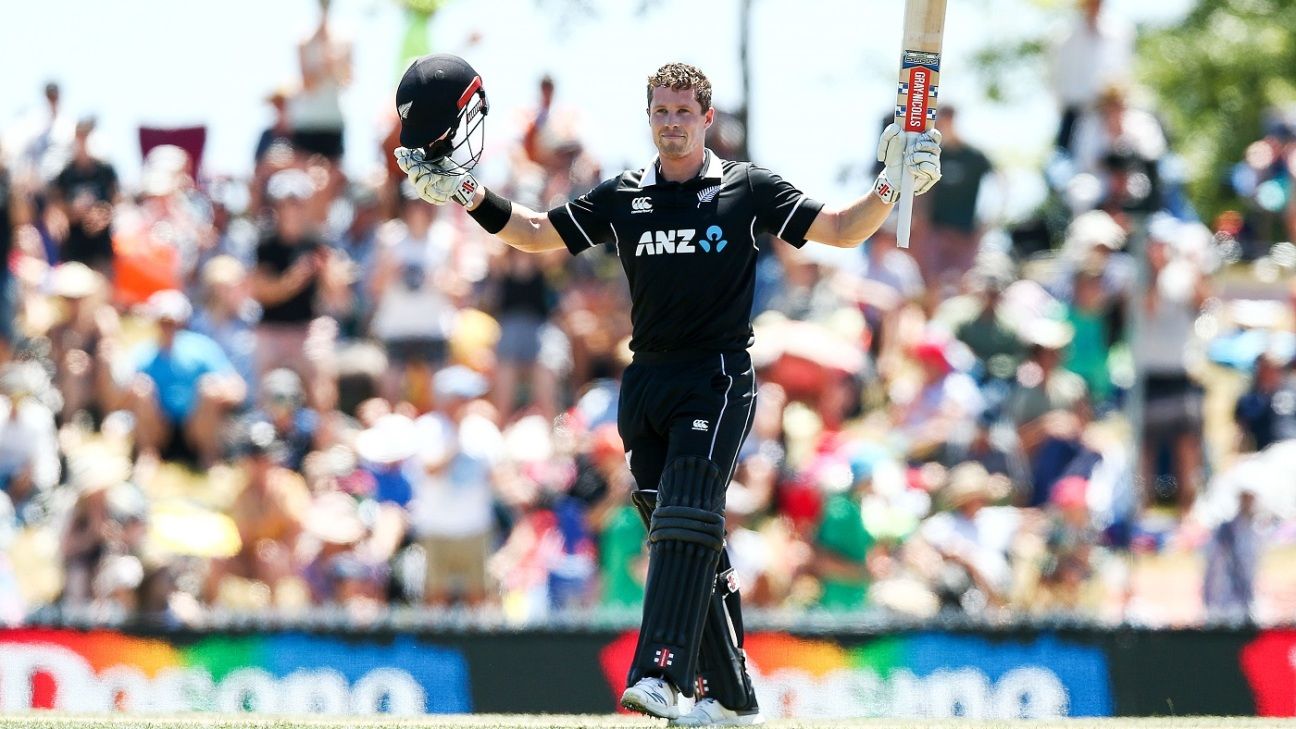 Henry Nicholls could be considered as New Zealand’s back-up wicketkeeping option for the World Cup while there remains the possibility that three spinners might be taken to England as they search for the ideal balance of their 15-man squad.

New Zealand’s preparations for the tournament continue with a five-match series against India with coach Gary Stead saying there were still parts of the “puzzle” to complete although was happy with the bulk of the squad.

Tom Latham returns to face India having been rested against Sri Lanka and will be the No. 1 wicketkeeper at the World Cup, but it remains uncertain whether there will be a specialist back-up for him in the squad. Tim Seifert played the three matches against Sri Lanka but it could be that New Zealand try to get maximum value from their World Cup squad by backing Nicholls to stand in if needed.

“It’s a possibility,” Stead said. “Henry has had a little bit of keeping in the past and again that’s a selection question when we sit down to finalise the squad of 15 and work out the balance we need. We’ll work out whether we go that way or have a genuine person who keeps all the time as balance.

“We got some information we wanted [about Seifert] which was really good, we certainly have no question marks around his ability with the bat and to change a game quickly. We’ve given him some things to go away and work on with the gloves in terms of being a little bit tidier generally, but he’s certainly on the upward ranks in how he’s going with his keeping.”

If Nichollas was the reserve wicketkeeper it could open up a spot in the final World Cup squad for a third spinner or another allrounder. Stead is delighted with the depth he has in both areas and there is the prospect of two legspinners, Todd Astle and Ish Sodhi, joining the fit-again Mitchell Santner in New Zealand’s bowling options. Astle’s knee injury has kept him out of the initial squad to face India but he is expected to be included later in the series.

“The spin-bowling stocks is a position we are lucky with in New Zealand,” Stead said. “In Astle, Sodhi and Santner we have three guys who have performed well. Personally I’ve always been a fan of legspinners because I think they can still spin the ball both ways and provide a real point of difference. There is a possibility that [three spinners] could still happen.”

Stead said a cautious approach was being taken with Santner after his comeback from the knee injury which kept him out for nine months. “It’s great that we have Mitch back, he’s a world-class performer and we are really excited to have him back in the fold. We’ve been monitoring how he’s been going, think it’s unlikely he’ll play in every match [against India] and we just want to be a bit cautious around his comeback after the injury he’s had.”

Allrounder Jimmy Neesham is not expected to be sidelined for long by the hamstring injury picked up in the final ODI against Sri Lanka. Corey Anderson has also resumed bowling but is running out of time to push his claim for a World Cup spot and would probably have to play in the Bangladesh series to be in with a serious chance. What appears certain is that he has to offer overs to be considered.

“It helps his case definitely,” Stead said. “Guys who can provide three to five overs in your and help balance it up is a definite advantage and if he’s not doing that then he’s up against the batsman and needs to prove he is better than them.

“The allrounder’s positions is being hugely sought after, we probably have four people who are genuinely contenders for two or three spots.”