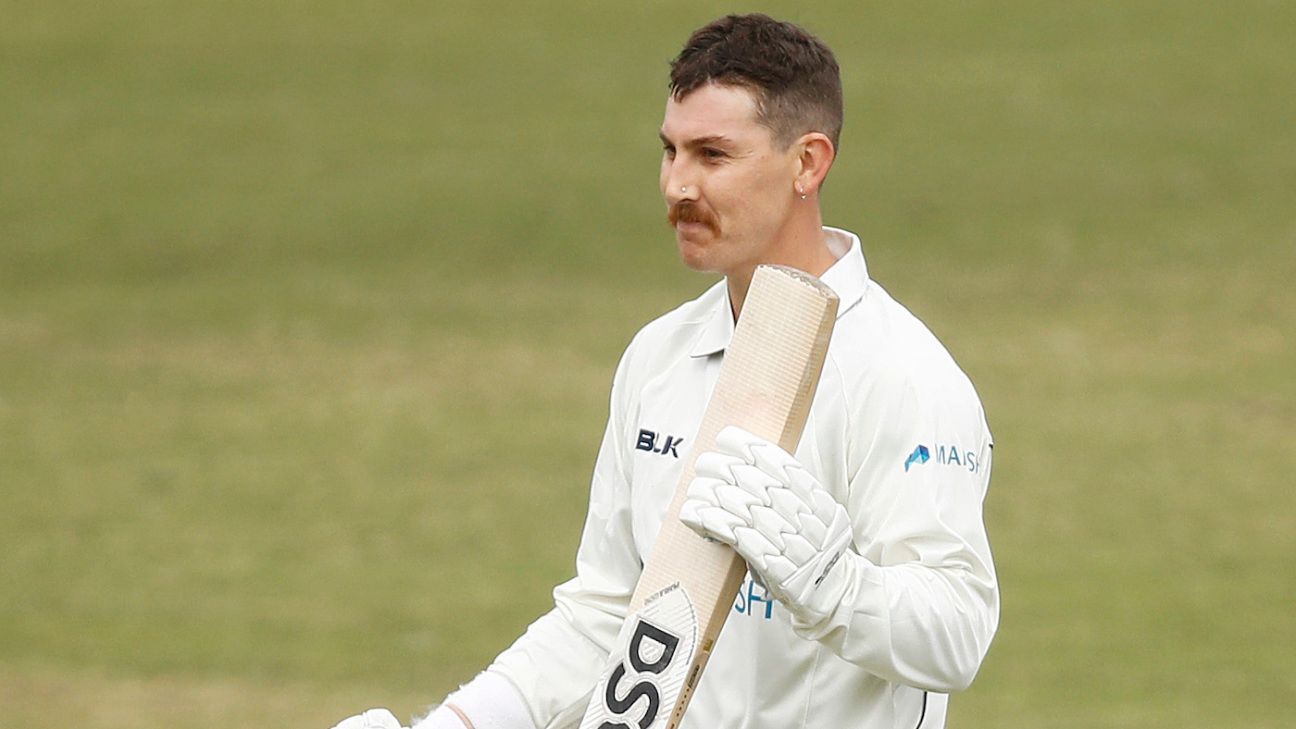 Nic Maddinson has withdrawn from the Australia A team to face Pakistan a three-day tour match in Perth for mental-health reasons.

Maddinson, 27, has become the second player in recent weeks to step down from an Australian representative team due to mental-health issues after Glenn Maxwell stepped away from the T20 international squad during the series against Sri Lanka.

Western Australia batsman Cameron Bancroft will replace Maddinson in the Australia A team for the day-night game at Perth Stadium.

Australia A coach Graeme Hick said the squad was fully supportive of Maddinson’s decision to withdraw.

“Nic has made the right decision and we are all behind him,” Hick said. “It is braver to speak up than to suffer in silence and I applaud Nic for having the courage to put his health first.

“While saddened to see Nic stand down, we welcome Cam Bancroft to the Australia A XI. Cam is obviously no stranger to quality international bowling and the Perth Stadium wicket. We have no doubt he will fit well into the team.”

Ben Oliver, Cricket Australia’s Head of National Teams, said Maddinson would be given all the support he needed to return to full health.

“The wellbeing of our players is always our primary concern,” Oliver said. “We are proud that our players are comfortable to speak honestly and openly about how they are feeling.

“We will provide Nic with all the support and care we can and wish him a full and speedy recovery. We also ask that Nic’s privacy be respected at this time.”

This is the second time Maddinson has needed to take personal leave from the game during his career due to mental health issues.

The first came in early 2017, not long after his initial shock selection to play Test cricket in late 2016 and subsequent omission after just three Tests.

Although he returned to New South Wales his performances at state level tailed off dramatically and led to him losing his contract at the end of the 2017-18 season.

But Maddinson was an outside chance to find his way back to Test cricket having been selected for Australia A on the back of 12 months of outstanding form for Victoria. Since moving to Melbourne without a contract he has scored 952 runs in 13 Sheffield Shield innings at an average of 79.33, with four centuries including 224 against South Australia this season.

He has spoken openly about maturing as a person and a player since his three Tests in late 2016, conceding he simply wasn’t ready for Test cricket at that stage and has learned some valuable lessons from the experience.

He has also spoken about the positive effect Victoria’s more relaxed environment has had on his game.

Mental health is becoming a far more prevalent issue in Australian cricket than before. Moises Henriques was the first to go public with his battle. Australia women’s player Nicole Bolton has also opened up about her issues over the past 12 months.

Maddinson’s Victoria and Australia A teammate Will Pucovski also needed time out of the game last summer.

Alex Kountouris, CA’s Sports Science and Sports Medicine Manager, said in a statement that CA is committed to better understanding mental health and supporting those who were encountering issues in this area.

“Mental health is a challenge faced by Australian communities and elite sporting organisations and cricket is no different,” Kountouris said. “Like other professional sports we are working very hard to better understand the challenges faced by our players and staff so we can support them.

“We are all proud to work in an industry where players can feel safe to talk about these issues. It goes without saying that we offer all our players the support they need in the difficult times but importantly we are working on education, resourcing and research to better understand how we do this.”