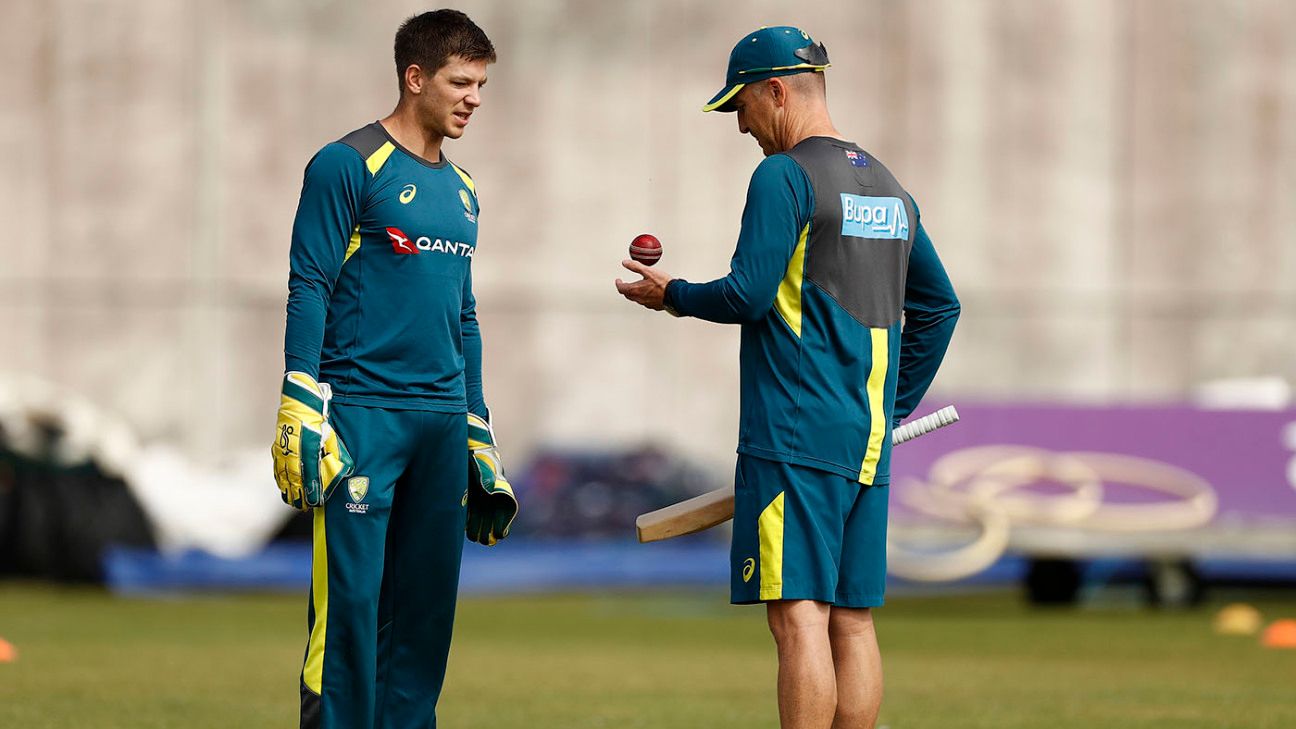 Australia’s Test captain Tim Paine believes that the Newlands scandal and its aftermath served to end what had been a rapidly escalating arms race among international teams in finding methods for ever more rapid and frequent reverse swing – a race that resulted in heavy penalties for Steven Smith, David Warner and Cameron Bancroft when caught in the act.

In a frank admission ahead of the 2019 Ashes series, Paine suggested that numerous international teams had got caught into a cycle of trying to outdo one another in terms of generating reverse swing by different means of looking after the ball, without sufficient consequences for transgressing.

After Cricket Australia responded to the Newlands scandal and subsequent attempted cover-up by banning Smith and Warner for 12 months each and Bancroft for nine months, the ICC followed up by introducing far heavier penalties than had previously been in place for ball tampering. A suspension of up to six Tests or 12 ODIs is now in place, relative to the eight Test matches that Smith and Warner were forced to miss due to their bans under the CA code of conduct, and Paine said the traumas of South Africa had served to see that this area of the game is “cleaned up”.

“I think teams are always looking at ways to get the ball to reverse swing,” Paine told cricket.com.au. “Whether that’s throwing it into [the dirt], or using their fingers to work on the quarter seam, or in England for years it’s been talked about mints being used [to impart sheen through players’ saliva] – there’s always something.

“The worrying trend was that teams were starting to try more and more methods, and getting more adventurous. So the thing I hope will come out of South Africa is that it will be cleaned up, and it will be a more level playing field rather than teams trying to push the boundaries and develop a mentality of ‘they’re doing this, so we’ll try this’ and ‘they do that, so we’ll try it too’. I think for too long, it was allowed.”

Australia’s ultimate admission that Bancroft had attempted to change the ball’s condition by using sandpaper had followed a period where increasingly extravagant reverse swing had been gained by numerous teams in a short space of time, a constant source of speculation and suspicion among opponents as to how such movement was being achieved. The ICC’s change in penalties at last year’s annual conference reflected widespread acknowledgement that it was not just a problem limited to Australia but a broader pattern of sharp practice.

“I could very easily be in England this summer, but working for Kookaburra, and getting the bats ready for the players”

Paine, who was thrust into the Australian captaincy by Newlands, has also admitted that he was close to retiring from the game for good until a phone call to Ricky Ponting in 2017 led to a longer deal with Tasmania that meant he was available when the national selectors came calling ahead of that year’s home Ashes series.

“I had only been offered a one-year contract with Tasmania, which I felt didn’t offer me enough security, and so I simply couldn’t turn down the chance to start a new career,” Paine told foxsports.com.au. “I still loved the game, but for the sake of my family I believed I had to make a sensible decision. It just felt like my time in the game had come to a natural end.

“I phoned Ricky Ponting, who had made the same move [from Hobart to Melbourne] several years earlier. ‘Hi mate, could you keep an eye out for me and see if there are any houses in Brighton up for sale?’ I asked him. I was sort of joking because I couldn’t afford to live in Ricky’s neighbourhood in Melbourne, but I thought he could give me some advice about where else was good in the city.

“Ricky was really confused: ‘I don’t understand. What on earth are you talking about?’ he said. I explained my situation, and how I only had a one-year offer from Tasmania, and planned to retire from cricket and take this new job. He listened and just said, ‘Just wait, let me make some calls.’ Within a few days I had an improved two-year deal with Tasmania, and that changed everything so I decided to keep playing. Things could have been very different if I hadn’t made that call to Ricky.”

In imparting significant cultural change on the Australian team, Paine has been given perspective by the fact he rose to the captaincy from a position where he could quite easily have been finished with the game.

“I could very easily be in England this summer, but working for Kookaburra, and getting the bats ready for the players, but instead I am captaining them in the Ashes. It feels amazing to say that, and this is all like a dream for me,” he said. “I have been dreaming, literally dreaming about this moment since I was a kid. Even during the last Ashes series in Australia, I can remember winning it in Perth, and thinking, ‘Imagine going to England in 2019 and trying to win it there too?’ I didn’t know if I would still be playing, and I would be 34, so probably no chance, but here I am.

“Even now when I am just at home doing regular things with the kids I think to myself, ‘Wow I am Australian Test captain’ and I have a laugh to myself and say, ‘Can you believe this?’ Or I can be watching the news or listening to the radio and someone will say ‘Australian captain Tim Paine…’ and I will just break out in a smile. I love it, and still can’t believe it.”