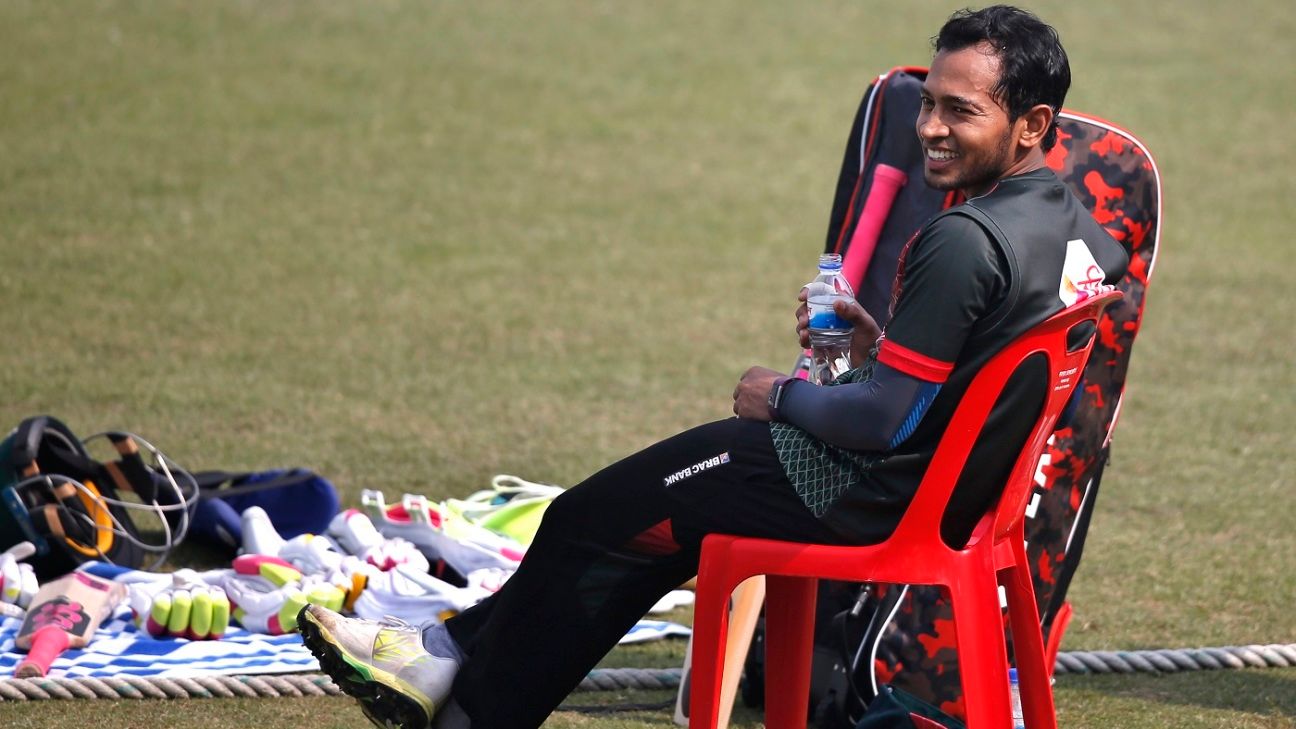 Mushfiqur Rahim has identified the ODI tour of New Zealand, starting February 13, as ideal preparation for the 2019 World Cup. Conditions vaguely similar to England, high-scoring games and a quality bowling attack are what, Mushfiqur believes, Bangladesh will be confronted with in Napier, Christchurch and Dunedin.

“It will be a difficult challenge in New Zealand,” Mushfiqur said. “India won the ODI series but New Zealand fought really hard. They have a really good bowling attack but I believe that our team will do well.

“We ran them close in two (out of three) ODIs on our last New Zealand tour, in Nelson and Christchurch. If Mosaddek and I had batted for longer, things would have been different. It will be the ideal preparation ahead of the World Cup. There may be high-scoring matches. If we can overcome those challenges, it will only help us for the future.”

Bangladesh have never beaten New Zealand in an international in New Zealand, and their last ODI assignment was in mid-December, when they beat West Indies 2-1 at home. Since then only T20s have been on their roster, three internationals against West Indies, followed by the ongoing edition of the BPL.

But Mushfiqur felt that the match practice would prove useful, especially with regard to fitness. “Ideally there should be a week’s break (after the BPL) but still, our first game is on February 13. So we have seven or eight days left. We are in match practice, so there can’t be anything better than that. It helps you fitness-wise too.”

Mushfiqur’s BPL side, Chittagong Vikings, exited the tournament after a meek surrender against Dhaka Dynamites in the eliminator in Mirpur. Mushfiqur, his team’s highest scorer with 426 runs at a strike rate of 139.21, said that although he missed out on Monday, he was still satisfied with his showing earlier in the tournament.

“I wanted to play a match-winning knock today but it didn’t happen. I feel that I am slightly happier than previous tournaments. I have got out of some tough situations, and believed in myself a little more.”

Mushfiqur said that the lack of pressure on the team, particularly because of their underdog tag, helped the Vikings exceed expectations.

“We had the belief to finish in the top four. There was little pressure on us. We didn’t have the team on paper but we wanted to show that despite being a low-budget side, we can set an example with a good result.

“I think if we had better foreign inclusions after winning five games, things could have been different. If we leave out today, I think we had a good tournament.”