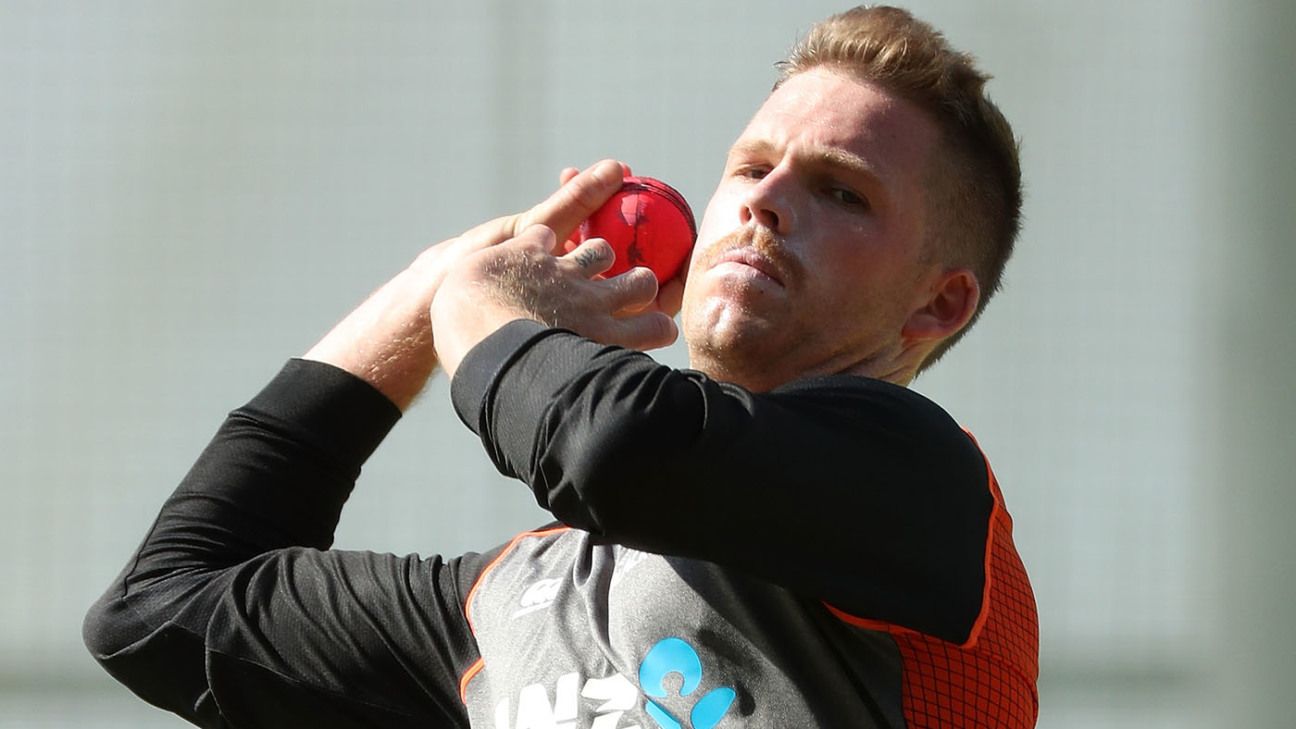 Former New Zealand wicketkeeper and now world-renowned commentator Ian Smith believes room has to be found for Lockie Ferguson to play the first Test against Australia in Perth.

Ferguson, who has enjoyed impressive returns in limited-overs cricket, is uncapped at Test level but with the Perth Stadium wicket expected to provide pace and bounce, Smith argued it is time to unleash him to provide a point of difference in the New Zealand attack for when the ball doesn’t swing.

New Zealand coach Gary Stead acknowledged the skills Ferguson would bring to the side but said that it was difficult to fit him into a settled line-up. There may yet be a vacancy in the XI if Trent Boult does not prove his fitness from a side strain, but if Boult is available, Smith agreed it would a tough decision on who would miss out and suggested there could be a case for not playing Mitchell Santner and going in with an all-pace attack.

“They’ve got to wake up and pull the curtains and find out where they are and that’s Australia and that is conducive to bowling fast. I believe he [Ferguson] should play,” Smith, who will be commentating for Fox Cricket, said. “He’s an element of the unknown. They’ve all seen him do very well in the World Cup but you can’t coach [someone to bowl] 145-150kph and, if it’s very accurate, it’s very often hard to play and commands respect.

“The reason I would have him is it’s all very well for the ball to swing and seam around initially but at 135kph when it stops doing that, how are you looking? That’s bit of a problem from New Zealand’s point of view. I’d have him in the side.”

“Would you put him instead of Wagner? Probably not. Wagner is going to give you 110 percent for 100 percent of the day, so I’m not sure I would. What I would think about here knowing it hasn’t had a massive history of Test cricket or spin I might even think about playing four [fast bowlers] and just going at Australia and saying ‘You against us, us against you; fight fire with fire’. But [New Zealand have] got to find room for him.”

There would be a significant risk in going in without a spinner in a Test that is set to be played in very high temperatures. The other option could be to leave out Tim Southee, who averages over 50 with the ball in Australia. Smith, however, cautioned against that because of the threat Southee could pose with the pink ball.

“It’s a difficult call; it’s one they have to consider because if it’s a one for one and you keep Santner in probably Southee is the one they’re looking at,” he said. “But I’ll bring in the pink ball to that. Red ball, bright sunny day late in the afternoon – I’m with you, but I just worry that late in the afternoon the pink ball kicks in all night and Southee over the years has been one of the best seam/swing bowlers that we’ve had and that is an asset we might just need at this particular venue.”

Of New Zealand’s prospects of securing just their second series win in Australia – after the 1985-86 triumph in which Smith played – he was confident they have the side to pull off victory, but the opening exchanges in Perth will be vital.

“If they hang in, they have a right royal chance of pulling it off,” Smith said. “I think they can go the distance. I say that because I’ve seen them do it for a number of years, they aren’t ranked No. 2 because they are an overnight good side, they have been playing good cricket in most conditions for quite some time.

“The only worry I’ve got is that sides have come over here labelled as underdogs and thought like underdogs. That’s more the New Zealand psyche that anything else, but I do believe ability-wise I think they are ready. Whatever they do, New Zealand have to start well. First hour, first session they have to win that. If they do, I think they are on track.”