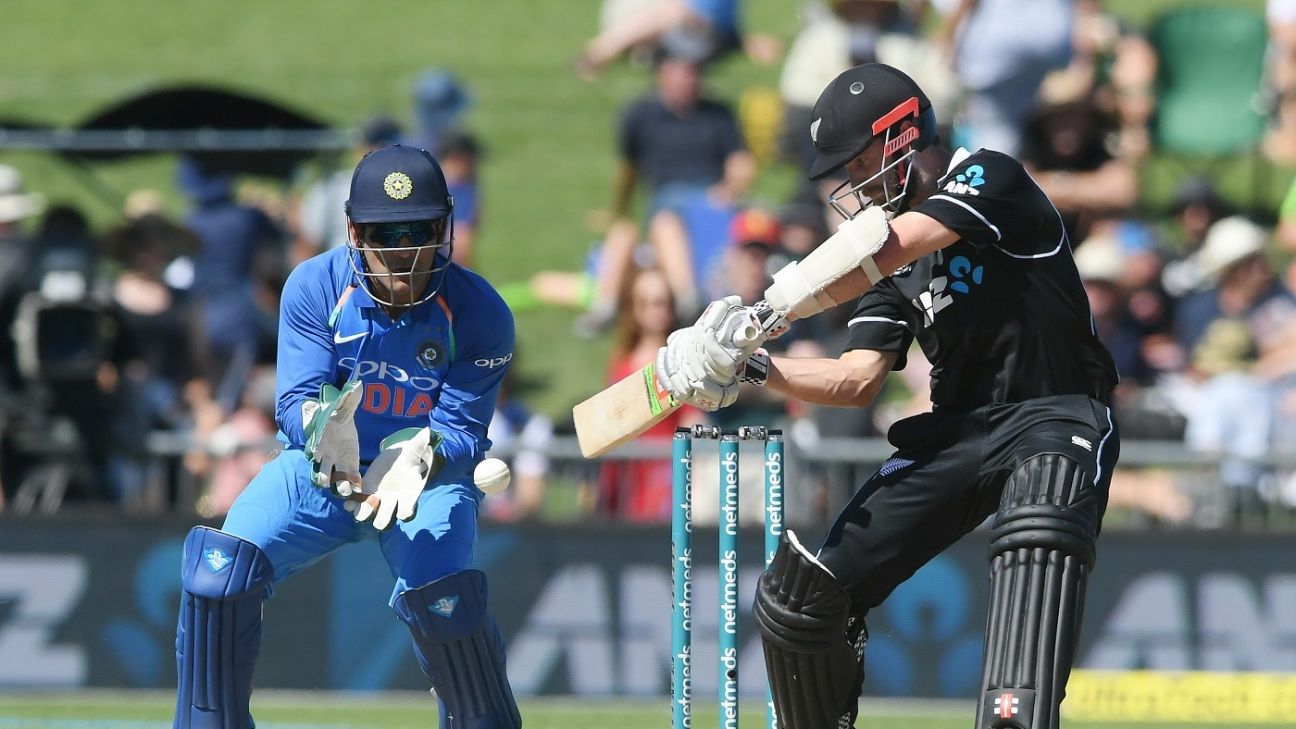 After a hard-earned win in the final ODI in Wellington underscored India’s domination over New Zealand in the format – in a World Cup year at that – what value can a T20I series hold for the visiting side?

For one, India haven’t yet won a T20I match in New Zealand, losing the series 2-0 in 2009, the only previous time they played the format in the country. Secondly, the old chestnut: winning is a habit. It might be worth revisiting, especially since India have the core of their ODI team for the T20Is.

In the last two years, most teams have chopped and changed their openers, but India, along with England, have used the least number of players for the two spots. With good reason too, as their top two – three actually – have been among the most prolific in the world in this period. Although with both Virat Kohli and KL Rahul out of the squad, for different reasons, the No. 3 position is vacant, and that’s cause for excitement with the back-up talent India have.

While New Zealand will hope the change of format helps them turn things around after an underwhelming ODI series, their recent record isn’t the best. They have only won two of their last seven T20I series, and were whitewashed in the UAE by Pakistan not too long ago. Among the three formats, New Zealand are at their lowest, No. 6, in T20Is.

They also go into the series against India without top-order stalwart Martin Guptill, meaning Kane Williamson might have to open the innings. But they will expect the batsmen in the mix to raise their game, and use these matches to rediscover their best with the World Cup not too far away.

After Kohli talked him up, Shubman Gill scored just nine and seven in his two ODI appearances. But those were tough conditions that tested even the more accomplished players. Ravi Shastri has since attributed the failures to Gill’s eagerness to play shots, besides clarifying that the team has a lot of time for a talent like him. With Kohli and Rahul away, India may want to try Gill at No. 3, which should give him a chance to prove that there is more to him than met the eye in the Hamilton and Wellington ODIs.

Kane Williamson will likely promote himself to open the batting alongside Colin Munro in the absence of Guptill, but he goes into the series with an average of just over 32 in his last ten 10 ODI innings. Williamson has opened the batting in 27 out of his 54 T20I appearances, averaging 38.52 in that position as opposed to an overall average of 31.64. Furthermore, New Zealand have gone on to win 17 of those 27 matches. Good portents there.

India could have a few interesting calls to make. MS Dhoni is around, unlike the last time India played T20I cricket, in Australia. So does he slot in, as is likely? If he does, who goes out, assuming Gill gets in too? Or does Gill sit out? Similarly, Hardik Pandya was missing in that series in Australia, and might walk into the XI here.

Apart from Guptill, New Zealand are also without Trent Boult, but the squad is brimming with exciting all-round talent. James Neesham, who played the Wellington ODI and looked in good batting form, was named a late replacement for Guptill, and could be a key cog in the wheel.

The pitch at Westpac Stadium in Wellington remains a mystery, with its tendency to behave contrary to its appearance. The last T20I at the ground was a high-scoring affair, where the hosts defended 196 by just 12 runs against England. Dew could play a part, since it’s a night game, and the ball should slide on to the bat, as it was in the latter part of New Zealand’s chase in the final ODI.

“Without knowing just yet, there’s probably a number of guys that potentially could play that role, there’s number of power players that could potentially move up the order, or it could be me,” Kane Williamson on who might replace Martin Guptill to open the batting

“Tennis ball drills are for repetitive skill training, it helps with muscle memory, today we were using tennis balls to get used to swing,” Shikhar Dhawan on the reason behind practicing with a tennis ball