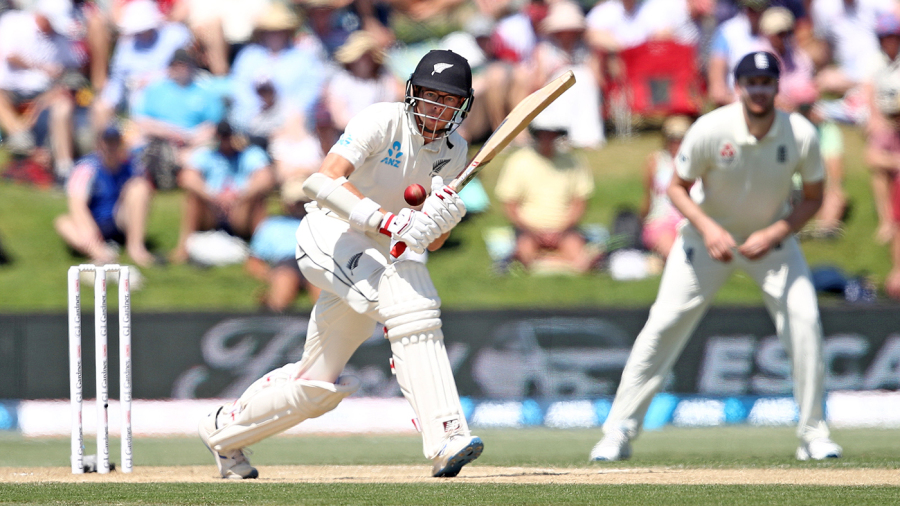 New Zealand’s seventh-wicket pair of BJ Watling and Mitchell Santner adopted a circumspect approach during the morning session as they attempted to bat England out of the game at Mount Maunganui. Only 58 runs were scored from 30 overs, but the lack of impact on the wickets column was the chief concern for Joe Root.

England dutifully went through the motions with the ball, but there was an air of fatalism about their attempts to finish off the innings. Jofra Archer strung together five maidens in a row, while Stuart Broad managed to make one delivery seam past Santner’s outside edge; a three-over sally from Root produced an lbw appeal against Santner (ball-tracking showed it would have missed leg) and a delivery that shaved off stump.

In the final over before lunch, Archer raised his pace up above 145kph/90mph once again, striking Watling a glancing blow on the top of the helmet. Having been assessed by the physio, Watling cut the last ball of the session for four to move within two runs of his 150.

New Zealand resumed on day four in control but not in a hurry. Watling had already demonstrated his appetite for crease-occupation by batting throughout day three, and he continued on his way to notch a couple more personal milestones: a new Test best and the most balls faced in an innings by a New Zealand wicketkeeper, surpassing his own mark during the epic rearguard against India at Wellington in 2014.

For Santner, the reward for his application was a third Test fifty, and his highest score since January 2017. Although he was occasionally troubled by the short ball once again, he showed good judgement and a straight bat to eclipse his previous longest innings in Tests.

The morning began with Watling slicing Archer’s second delivery for a boundary through gully, but that was a false portent. The next seven overs were maidens, as New Zealand set out their stall to try and bat only once in the game. Only 19 runs were scored in the first hour, but England’s frustrations mounted in the face of a second successive century stand featuring the obdurate Watling.

While England could look to the unresponsive surface and envisage a clear path to safety, every run added to the New Zealand lead was one that could come to bear down on them when they are asked to bat again.