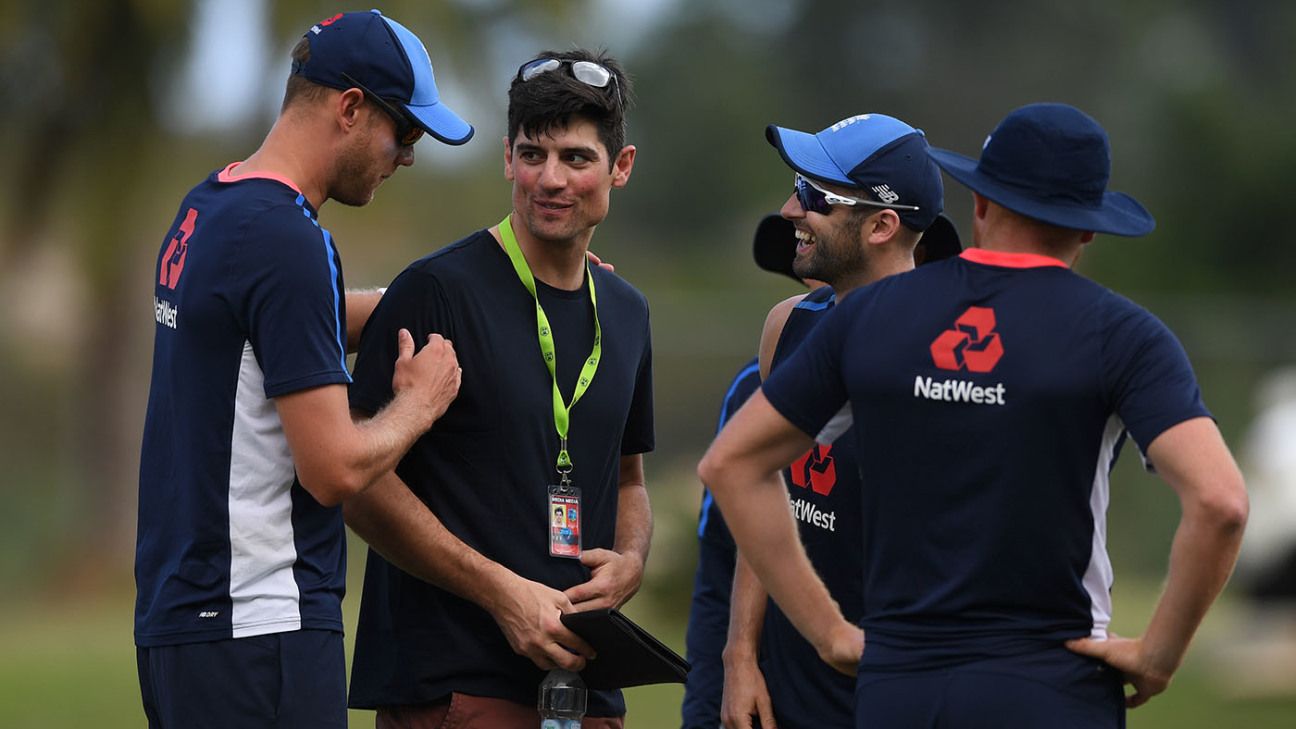 With England’s Test plans in turmoil after their thrashings in the first two Tests in West Indies, is a knight in shiny padding about to ride to the team’s rescue for the St Lucia Test, and beyond it, the Ashes?

Well, err … no. But when put on the spot by his new employers, the BBC, Sir Alastair Cook couldn’t quite bring himself to admit that, if his country did come calling, he could not be tempted to reach for his bat once more, and step out to open England’s innings for a record-extending 162nd Test.

“You can never, never, never say never because you don’t know what the situation is,” Cook told BBC Five Live. “But I am very, very unlikely ever to play for England again.”

English hankering after a batsman of Cook’s solidity is understandable given their failings in Barbados and Antigua, where they have twice lost all ten wickets for fewer than 100 runs – all out for 77 in the first Test, and a collapse of 10 for 97 in the second.

Cook’s direct replacement in the team, Rory Burns, has acquitted himself adequately in the circumstances – scoring a fluent 84 in Barbados – but Keaton Jennings was dropped for his twin failures in that Test, while Joe Denly, on debut, was lucky to avoid a pair in his two unconvincing visits to the crease.

The situation has distant echoes of the 1990 tour of the Caribbean, when David Gower – England’s recently disposed captain – was signed up by Sky to cover that winter’s Test series, having been controversially omitted from the squad by the new skipper, Graham Gooch.

The speculation that Gower could be about to swap the press box for the dressing room reached fever pitch after the third Test in Trinidad, when Gooch suffered a broken hand that would rule him out of the rest of the tour.

And though that prospect did eventually came to naught in the Caribbean, Gower return to England action midway through the following English summer, in which his match-saving innings of 157 not out at The Oval secured his place for that winter’s Ashes tour.

The Oval was also the venue of Cook’s magnificent send-off last summer, when he put aside the lean run of form that had persuaded him to announce his retirement in the build-up to the match, and signed off his England duty with scores of 71 and 147 in a 118-run victory.

And if that performance is proof that Cook remains good enough to succeed at the highest level, the man himself is (almost) adamant that there will be no encore.

“I retired because I had done my bit,” Cook said. “I’d loved my time playing for England and lived my dream for 12 years.

“But I got to the end where I wasn’t quite good enough, I wasn’t quite delivering as I would have liked to have done. Just that top inch in my brain was slightly different.”

Never say never. But we can probably say probably not.