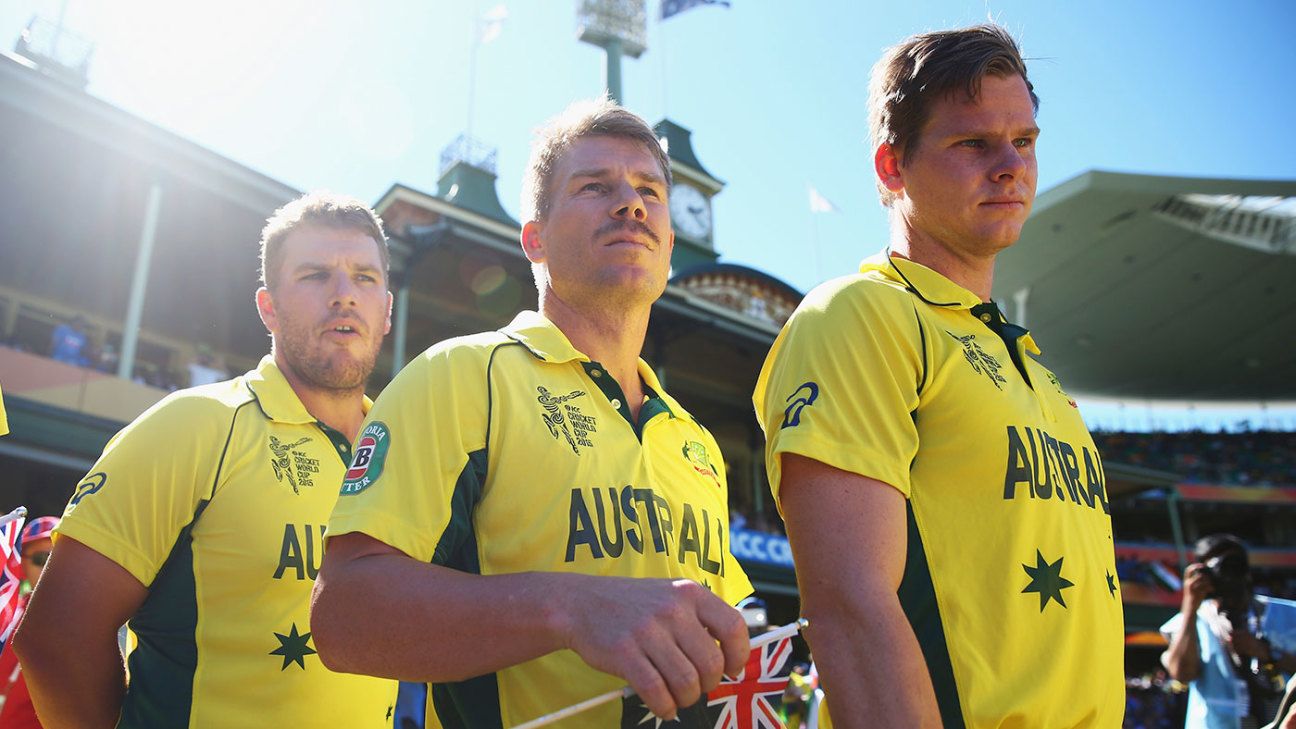 Australia’s captain Aaron Finch has revealed Steven Smith and David Warner were “nervous” in their meeting with the current ODI squad in the UAE, stressing that the process was about making sure the former leaders would be aware of what they needed to do to fit in with a vastly different team set-up in the wake of their bans over the Newlands scandal.

Smith and Warner were captured on a Cricket Australia video news release suggesting that they had slotted seamlessly back into the team they are still banned from representing until March 29. Both batsmen are now bound for the IPL where they will attempt to make the runs that will help justify their likely selection in the squad for the World Cup in England. In response to questions from the team media manager, Warner said “it’s like we didn’t really leave”, while Smith offered a near echo of “it’s almost like we never left”.

However, Finch spoke more frankly about the meeting, which took place minus the two injured fast bowlers Josh Hazlewood and Mitchell Starc, and the fact that the imminent returns of Smith and Warner will take some adjusting to by both parties.

“It was a really good few hours we had with them,” Finch said. “It’s always a bit tougher when it’s just in a meeting-type setting, but it was good to get them in and for the boys to just go to the bar and have a beer with them the night before, to sort of break the ice a little bit for the next day. They came in with almost bright eyes. It’s a totally different setup to when they left it.

“What’s important is they’re really keen to slot back into how this current side works and what we’ve been doing really well. They were probably as nervous as anyone coming back into the group – you’d think guys with 20-odd Test hundreds would just come back in. But it is a different time and they have been out for quite a while.

“But their respect for the group and everything was fantastic. I think it’s about managing not just their expectations – but everyone’s expectations – first up.”

Since Smith and Warner were banned alongside Cameron Bancroft, Australia have taken on a new coach in Justin Langer while CA was subject to a cultural review that arrived with many damning conclusions for the governing body and the national team. For all that introspection, many questions about Newlands and its lead-up remain unanswered, leaving Finch wary of how the presence of Warner and Smith with the team will be received in England.

“The reality is there’s going to be a lot written and said about their returns. We’d be very naive if we didn’t expect that,” Finch said. “But for us it’s about concentrating on what we can do as a side…it might just be not reading the news for a couple of days, which is at times easier said than done.

“You just have to go about your own business and make sure you don’t let that become a distraction and at the end of the day, they’re not the ones writing articles or pushing their own [agendas]. It’s important to remember it is going to be what other people’s opinions are and that’s not always reality.”

In terms of how Finch will use Smith and Warner as sources of advice, the captain was candid in noting that while the former leaders had plenty to offer, they would not be captaining the Australian side by stealth.

“It’s important you lean on them when you need to. But them going about their own business and preparing and getting their mind right to play is the most important thing for the side.”

As for whether the recall of Smith and Warner would create a squeeze in the Australian top order, Finch had no hesitation saying that if required he would be happy to move down the order to accommodate a better balance in the ODI team. “If that means me batting at six, I’ll comfortably do that. If it’s at the top, three or four – it doesn’t matter,” Finch said.

“Personal results aren’t what this side is about. I think that’s what has made our improvement as dramatic and quick as it has been. If you go in just solely focused on scoring a hundred or thinking ‘if I bat five I’m not got to get a hundred, I don’t get enough opportunity’, that’s not what is best.”