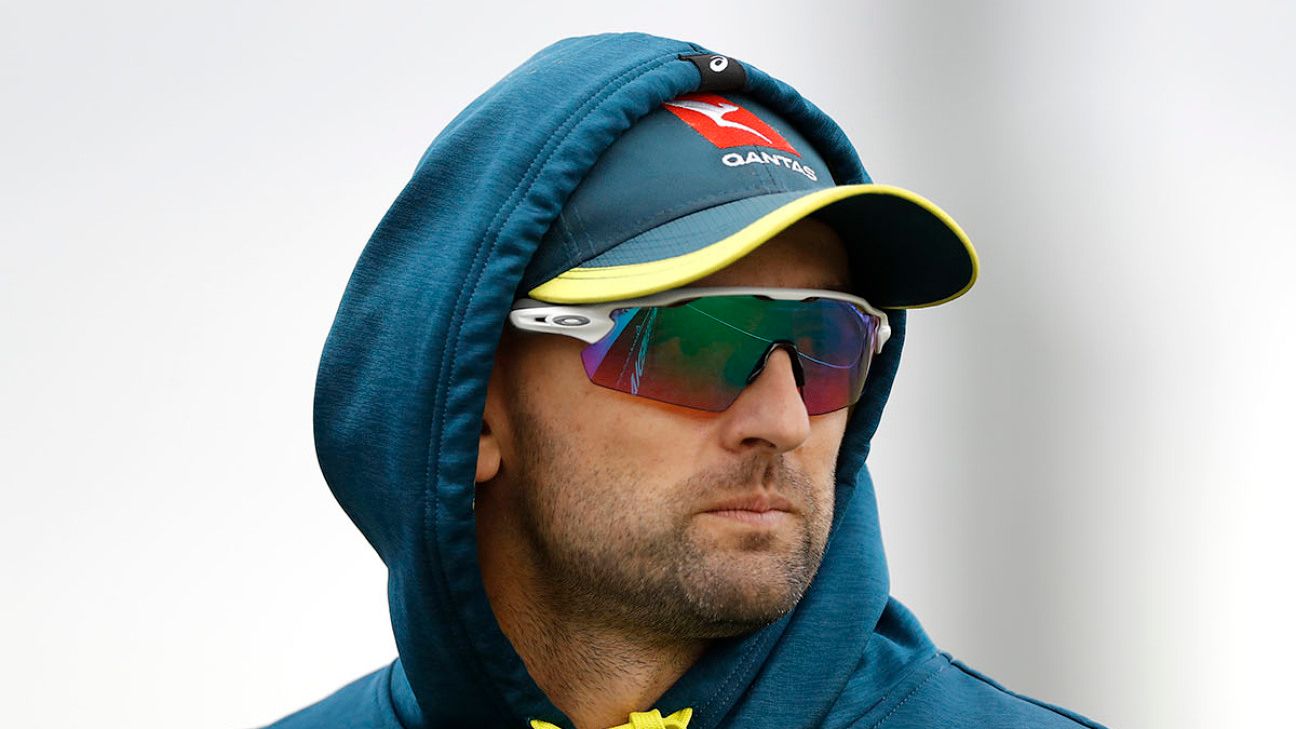 If Nathan Lyon knows what it is like to bowl to a batsman “I’ve got the wood over”, then he will also know that of all Test nations, Pakistan is the one to have developed a very strong record of succeeding against him.

In an otherwise outstanding ledger for Australia over 91 Tests dating back to 2011, Lyon has struggled notably against Pakistan across seven Tests and three series between 2014 and 2018. His 26 wickets have come at a cost of 50.34, the greatest expense of any of Lyon’s international opponents, and his economy rate and strike rates of 3.31 and 91.1 against Pakistan are also his worst.

There is some mitigation in the fact that Lyon was monstered in his first series against Pakistan, in the UAE in 2014 and improved in two subsequent series at home and away since. But the fact remains that he is yet to claim a five-wicket haul against Pakistan and New Zealand, the two opponents he will face this summer – albeit within a much stronger overall record against New Zealand.

A key to Pakistan’s success against Lyon has been to look for scoring avenues at every opportunity, not giving him too much of a chance to settle. Occasionally, as on the final day of the Boxing Day Test in 2016 when Lyon claimed 3 for 33 to break out of a rough wicket-taking patch, this instinct to attack has played into the offspinner’s favour. But more often, Pakistan’s batsmen have been able to prosper while also putting Lyon off-balance.

The tourists’ treatment of admittedly lesser spin bowlers in Travis Head, Lloyd Pope and Tom O’Connell – the trio have collected the combined figures of 6 for 317 from 63.5 overs at an economy rate of 4.99 across the two tour matches – is a fair indication that Lyon will be attacked once more.

And in what is again likely to be a four-man bowling attack during the summer, as Lyon shares billing with Pat Cummins, Josh Hazlewood and one of Mitchell Starc, James Pattinson, Michael Neser and Jhye Richardson, the need for Australia’s No. 1 spin bowler to be able to put a clamp on the scoring when he is not taking wickets will be critical.

Lyon was asked on Saturday about dealing with adversity through the prism of David Warner’s struggles in England, and gave an answer that was revealing as much in terms of how he may view the looming contest against Babar Azam, Asad Shafiq and company as how he reflected on his state and Test match team-mate.

“When you’re competing against some of the best players in the world, and I know when I’m bowling to someone who I’ve got the wood over, it can play on their mind, so no doubt Davey would have felt the pressure,” Lyon said. “But it’s one of those things where you need to accept the challenge, move on and try to get better. Davey’s a world-class player, I know that, you know that, I’m expecting him to come out here and play exceptionally well.

“No doubt he’d be down about the Ashes he had, but still part of the side to go over there and retain the Ashes, which is pretty bloody special if you ask me. From our experiences over in England it’s been absolutely incredible. To gel as we have over there, the summer over there, our winter here, it’s been absolutely exceptional. The squad’s pretty well the same squad, those guys have been performing extremely well over there and to be part of it and retain the Ashes.

“Would’ve been great to win it obviously, unfortunately weren’t able to do that, but we take a lot of momentum from that experience over there, it’s that hard to win away from home, so it’s crucial we come here and prepare the way we need to prepare before the first Test match and if we bat or bowl morning of day one, that we go in 100% and we keep the foot on where we took it off.”

Undoubtedly Lyon will benefit from different climes in which to bowl, having been hounded through the latter part of the Ashes series with taunting related to the feverish conclusion of the Headingley Test. But the greatest source of encouragement for Lyon is bound to come from the chance to bowl on the Gabba, a surface where he has excelled a good deal while scooping 33 victims at 27.69 over eight matches.

“We tend to play an extremely exciting brand of cricket here at the Gabba, so I’m very happy, it’s one of my favourite places to play, it’s great that we’ve got the first Test here, fingers crossed it’s a decent crowd that rolls out for us,” Lyon said. “The wicket, I reckon it’s a good contest between bat and ball, personally I find I get a fair amount of bounce and a bit of spin over the last couple of years as well.

“I love playing cricket here, for the last nine years I’ve been playing Test cricket here, everyone’s been talking about playing four quicks every time, so it’s all part of it and I’m not really concerned what Pakistan do to be honest, it’s about us as the Australian cricket team, making sure we’re preparing the absolute house down and making sure we’re doing everything in our control to make sure we’re right to go.”

Even then, though, Lyon’s one meeting with Pakistan in Brisbane returned the match figures of 2 for 139 as Shafiq took the visitors far closer to their fourth innings target than any Australia would have preferred. The wood, at this stage, is very much with Pakistan.