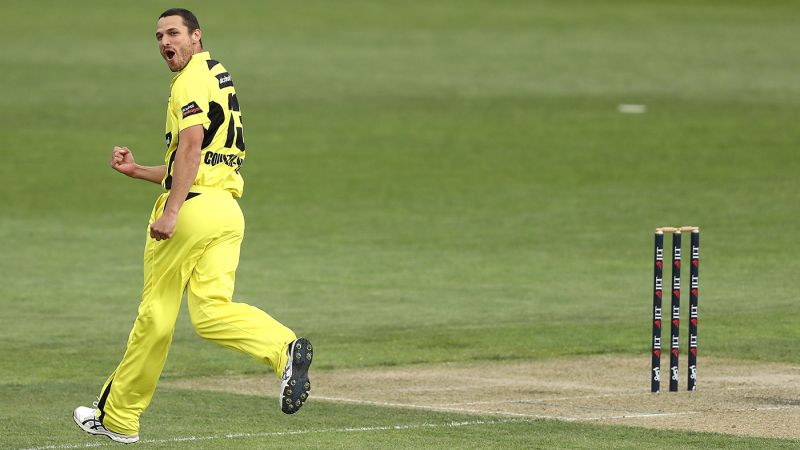 Fast bowler Nathan Coulter-Nile has criticised poor communication from the Australia selectors over his omission from the one-day squad to face India, saying the back soreness that was given as the official reason should not have been enough to exclude him.

When Australia’s squad was named, Trevor Hohns, the national selector, said Coulter-Nile, who has a history of back problems, could not be risked in the 50-over format. The following day, after the ODI group had been named, a scan cleared him of any problems and he claimed 3 for 25 for Perth Scorchers in the Big Bash League.

“I didn’t take [the news] the best, to be honest,” Coulter-Nile told ABC Radio. “I think it was communicated to me really poorly.

“They picked the team before I had a scan to know what was wrong with my back, that’s just when the team was picked to come out.”

Coulter-Nile played just one of the three ODIs against South Africa last year, sending down a wayward opening over when given the new ball in Perth, and will now have to hope he can earn a recall for the series in India next month in order to push his World-Cup claims.

He understands that there will always be a cautious approach taken to fast bowlers with a history of suffering back problems but said he wanted to be aware of the full picture. It is understood that the selectors maintain their view that it would have been too great a risk for Coulter-Nile to play 50-over matches.

“I was getting some mixed messages about what was happening – that’s just the way it is,” he said. “I have no issue with being dropped, I just like to get a clear message about why – I was told it was because I had a sore back.

“JL [coach Justin Langer] asked me when they were selecting the team, I said I have a sore back but I haven’t had a scan yet. With my history, it was just better off to check it. I think communication used to be a little bit better – from everyone.”

The subject of communication between selectors and players was also highlighted by ACA president Greg Dyer amid the ongoing debate about potential being given more sway than performance.

“I think from time to time we hear of disquiet around the logic behind particular selections,” Dyer told SEN Radio. “You hear a lot of disquiet around ‘I just don’t understand what it is that I did or what I didn’t do or what is the basis for what’s happening’.”