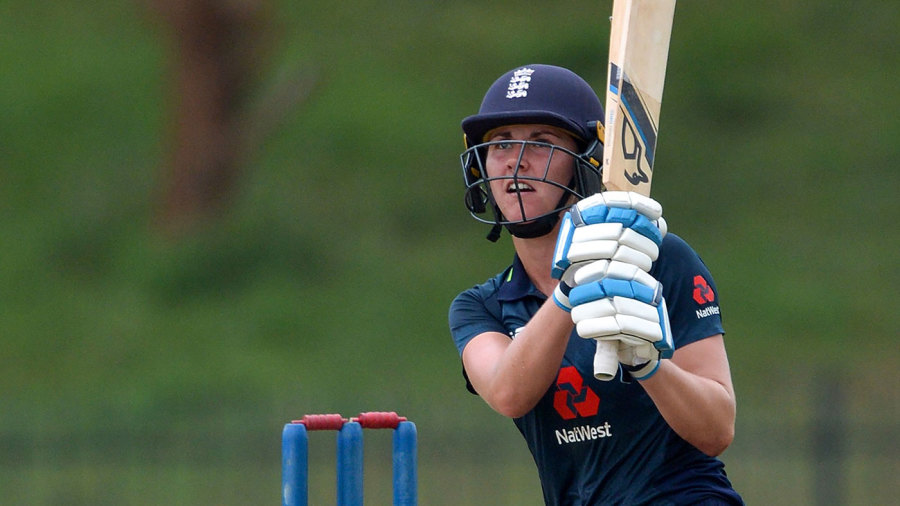 England’s women launched the Sri Lanka leg of their Asian campaign with a comprehensive 154-run victory in the first ODI at Hambantota, thanks to a powerful batting performance with runs all down the order, backed up by incisive seam bowling with Katherine Brunt once again to the fore.

After winning the toss and choosing to field first, Sri Lanka’s hopes of restricting England to a manageable total were dented from the outset, thanks to a 114-run opening stand between Amy Jones and Beaumont, who was eventually the first wicket to fall, caught off the bowling of Oshadi Ranasinghe for 35 in the 21st over.

That dismissal seemed to rattle England’s composure, as first Lauren Winfield and then Jones were run out in the space of three deliveries to leave England in some bother on 118 for 3 with two fresh batsmen at the crease.

However, those players were the captain Heather Knight and the powerful Nat Sciver, who pieced together a 113-run stand for the fourth wicket to restore England’s dominance. Ranasinghe once again made the belated breakthrough to send Knight on her way for 61 from 66 balls, but Sciver ploughed onwards, with Danni Wyatt’s appearance at No.6 providing the innings with an extra gear in the final nine overs.

Wyatt belted six fours and a six in her 26-ball 47, before becoming the third run-out victim of the innings, and after Fran Wilson fell in the same manner from the penultimate delivery, Sciver holed out for 93 from 73 as England finished on a hefty 331 for 7.

That always looked like being ample, especially when Brunt got into the wickets in the very first over of Sri Lanka’s reply. She had Anushka Sanjeewani caught by Beaumont for a third-ball duck, before adding Shashikala Siriwardene and Harshitha Madavi in quick succession, either side of Anya Shrubsole’s extraction of Prasadani Weerakkody, lbw for 4.

Hasini Perera and Hansima Karunaratne were then run out to reduce Sri Lanka to 38 for 6, which became 46 for 7 when Chamari Atapattu – Sri Lanka’s lone source of resistance – fell to Kate Cross for 30.

With the game already dead as a contest, Nilakshi de Silva and Ranasinghe threw the bat in a late show of defiance to add 88 for the seventh wicket, either side of a rain delay that held up England’s victory march but couldn’t deny it.