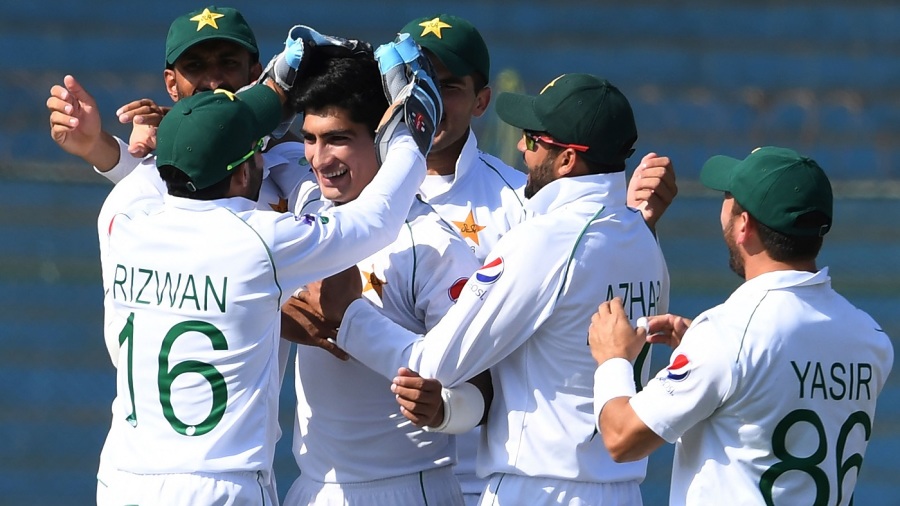 It took Pakistan just 16 balls on the fifth morning to take the three Sri Lanka wickets they needed to wrap up the second Test and the series. It was made even more memorable for the hosts when Naseem Shah became the second-youngest player to take a five-for by trapping Vishwa Fernando plumb in front to seal the win.

The 15 minutes today were a microcosm of the lack of fight Sri Lanka exhibited over the previous two days. Not one run was added to the overnight total, and the first wicket of the day fell off the first delivery when a fierce Naseem bouncer brushed Lasith Embuldeniya’s glove on its way to the wicketkeeper. That this would be a short day was confirmed when Oshada Fernando, on 102, nicked one to Asad Shafiq off Yasir Shah, leaving Nos. 10 and 11 at the crease.

Naseem took care of the final wicket, and for Pakistan, it ended a decade of a nomadic existence they will hope they never have to return to again. Naseem, and this generation of Pakistan cricketers, deserve that at least.