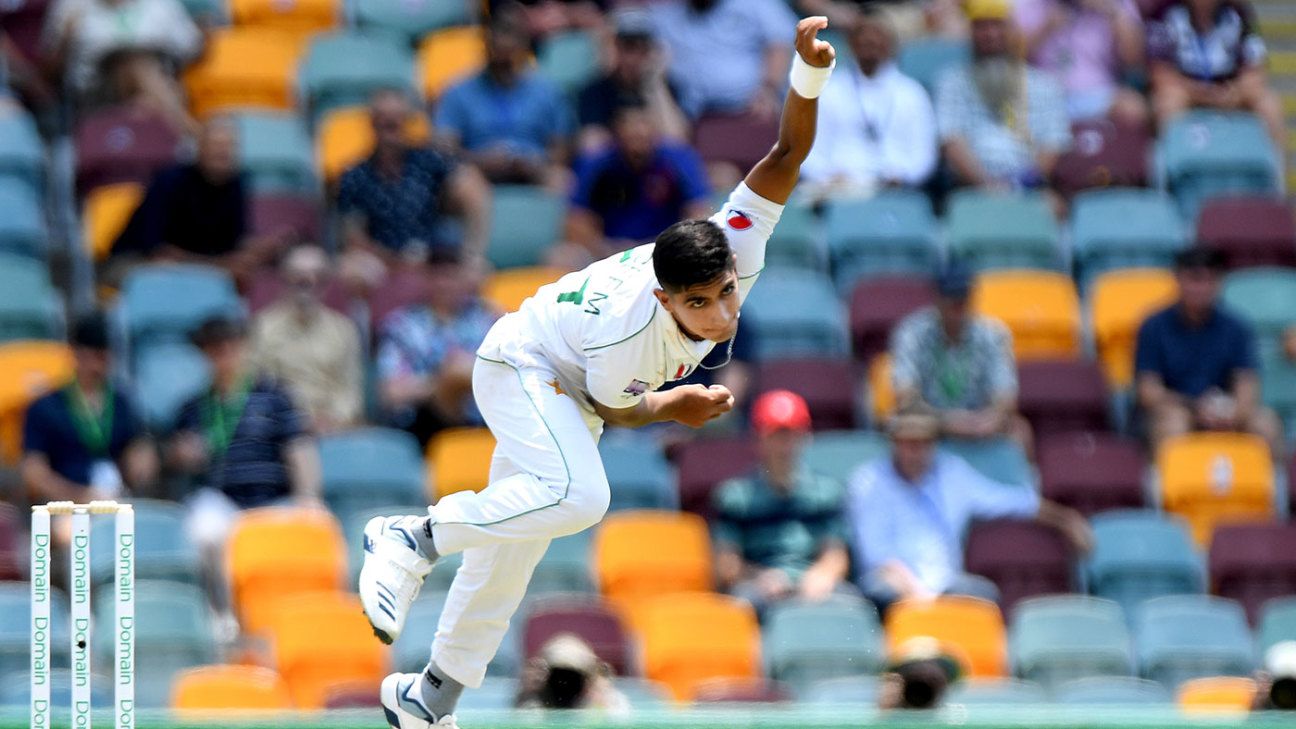 Pakistan have named at least four allrounders, including the 14-year-old Mohammad Shahzad, in their 15-man squad for the Under-19 World Cup in South Africa early next year. The in-form Rohail Nazir will continue to led the side, while 16-year-old quick Naseem Shah, who recently made his Test debut in Australia, also featured in the squad.

“We have planned extensively and tried our best to form a fine team,” Saleem Jaffar, the Pakistan junior team head coach, said at a press conference in Lahore. “Probables selected for the World Cup will give both coach and captain full options to form a balanced side. I hope this team will go good. But whoever is left out shouldn’t be disheartened because they are on a path that will take them to the professional cricket and this isn’t the end of world.”

Shahzad, a batting allrounder from Southern Punjab, caught the selectors’ eye at the ongoing Under-16 domestic tournament, where he scored 175 runs in two games and picked up six wickets.

“Shahzad is a good package; [he can] bat in the opening slot and bowl at medium pace, so we are also eyeing to tap someone who can be a good prospect in future like [Abdul] Razzaq,” Jaffar said. “This is the cricket that actually take players forward. He is young on the Under-16 circuit and has done really well recently. For us, winning is equally important but at the same time we are also giving them an international feel. This Under-19 circuit is an exciting cricket and such players are the future.”

Aside from Shahzad, the allrounders’ contingent comprises Abbas Afridi, Fahad Munir and Qasim Akram, who made it to the squad on the back of his impressive returns of 296 runs and three wickets and 260 runs and 15 wickets in the PCB Under-19 one-day and three-day tournaments respectively. Akram also made a mark at the recent Emerging Under-19 Asia Cup, and the tours of South Africa and Sri Lanka, where he scored 77 and 124 runs respectively.

Three out of the 28 probables – Ammad Butt Jr, Akhtar Shah and Saim Ayub – were not considered for selection because of injuries.

The 2020 Under-19 World Cup will be held from January 17, in South Africa. Pakistan, the 2004 and 2006 champions and three-time runners-up, are slotted in Group C along with Bangladesh, Scotland and Zimbabwe in the 16-team competition. They will kick off their campaign against Scotland on January 19 in Potchefstroom.