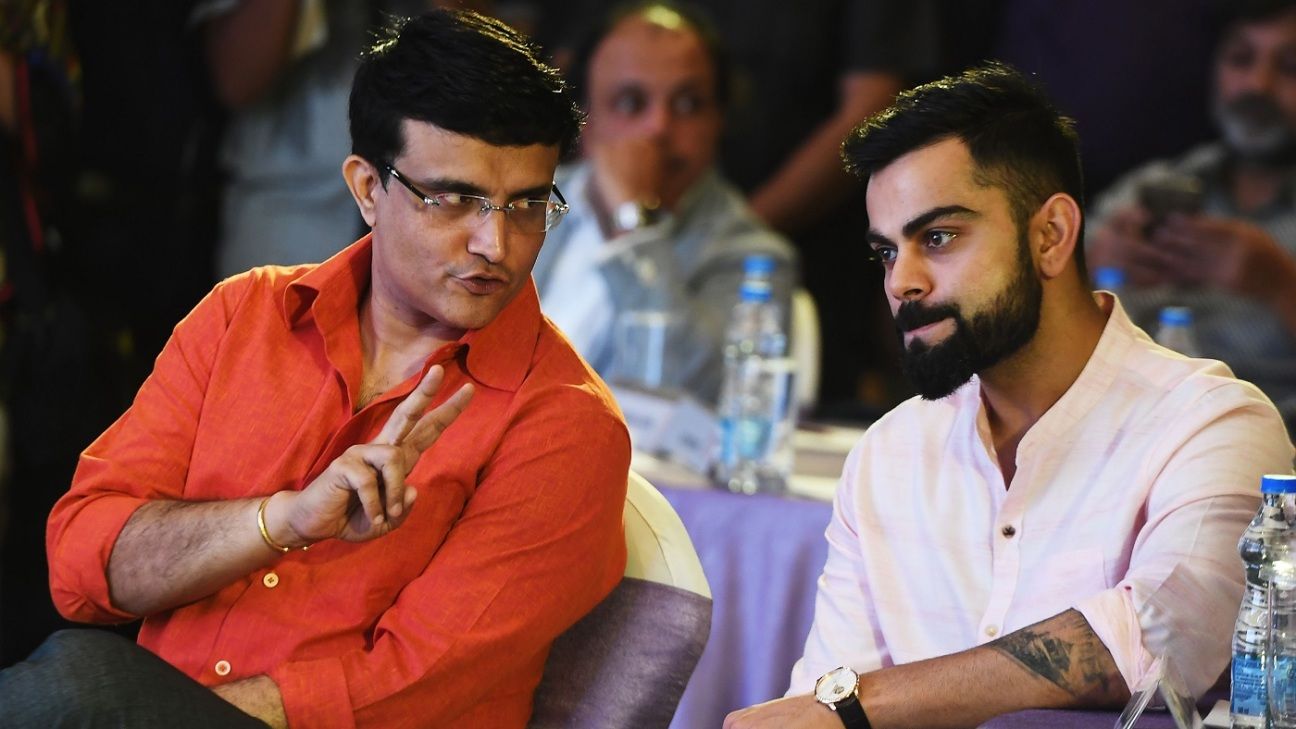 As he prepares to take charge as the BCCI president, former India captain Sourav Ganguly has said the welfare of the country’s domestic players will be his foremost priority. Ganguly, who is set to become the first president of BCCI since the board adopted the reforms recommended by the Lodha Committee, said he had no idea that he would emerge as the favourite in the presidential race, but said he would accept the “challenge”.

He is already ready with his to-do list. “We will speak to everyone first as we take a decision, but my biggest priority will be to look after first-class cricketers,” Ganguly told PTI in the early hours of Monday.

Ganguly said he had asked the Committee of Administrators (CoA) to provide financial security for domestic cricketers when the panel was appointed by the Supreme Court to supervise the BCCI and help it implement the reforms. “I have been requesting that to the CoA for three years. That’s the first thing I will do, look after the financial health of our first-class cricketers.”

Ganguly admitted he was surprised at the turn of events at the meeting on Sunday in Mumbai, which was arranged by the powerbrokers of the board led by former BCCI presidents N Srinivasan and Anurag Thakur.

Ganguly said he was a newcomer to the board politics and witnessed firsthand how quickly things change. Earlier on Sunday he felt former India opener Brijesh Patel was likely to become the BCCI president. However, a few hours later he emerged as the favourite, receiving the backing of the two former BCCI presidents, Srinivasan and Thakur. “I didn’t know I would be the president when I came down. You [reporters] asked me and I told you it’s Brijesh and when I went up, I came to know it has changed. I have never been in a BCCI election and I never knew it worked like this.”

Ganguly did not want to dwell too much on the strong likelihood of him emerging as the sole nomination for the president’s post. As per the timeline laid out by the BCCI’s electoral officer, today is the deadline to file nominations for the five office bearers’ positions: president, secretary, joint-secretary, treasurer and one vice-president.

“Whether unopposed or not, there has to be a responsibility as it is the biggest organisation in world cricket,” Ganguly said. “Financially, India is a cricketing powerhouse, so it will be a challenge.”

He said the new job would be daunting but nothing compared to leading India on the field. “Nothing can beat being an India captain,” he said.

One challenge for Ganguly could be the limited time he likely has as BCCI president. According to the new BCCI constitution, an officer bearer has to undergo a cooling-off period of three years if he has completed six consecutive years at state association and/or BCCI level. Ganguly has been an office bearer at the Cricket Association of Bengal (where he was recently re-elected as president) for five-plus years, and so he has about 10 months left before the cooling-off period should come into effect.

For now, Ganguly is looking at the bigger picture. “I am taking over at a time when the BCCI has not been in greatest of position for the last three years. Its image has got hampered quite a lot. It’s a great opportunity for me to do something good.”