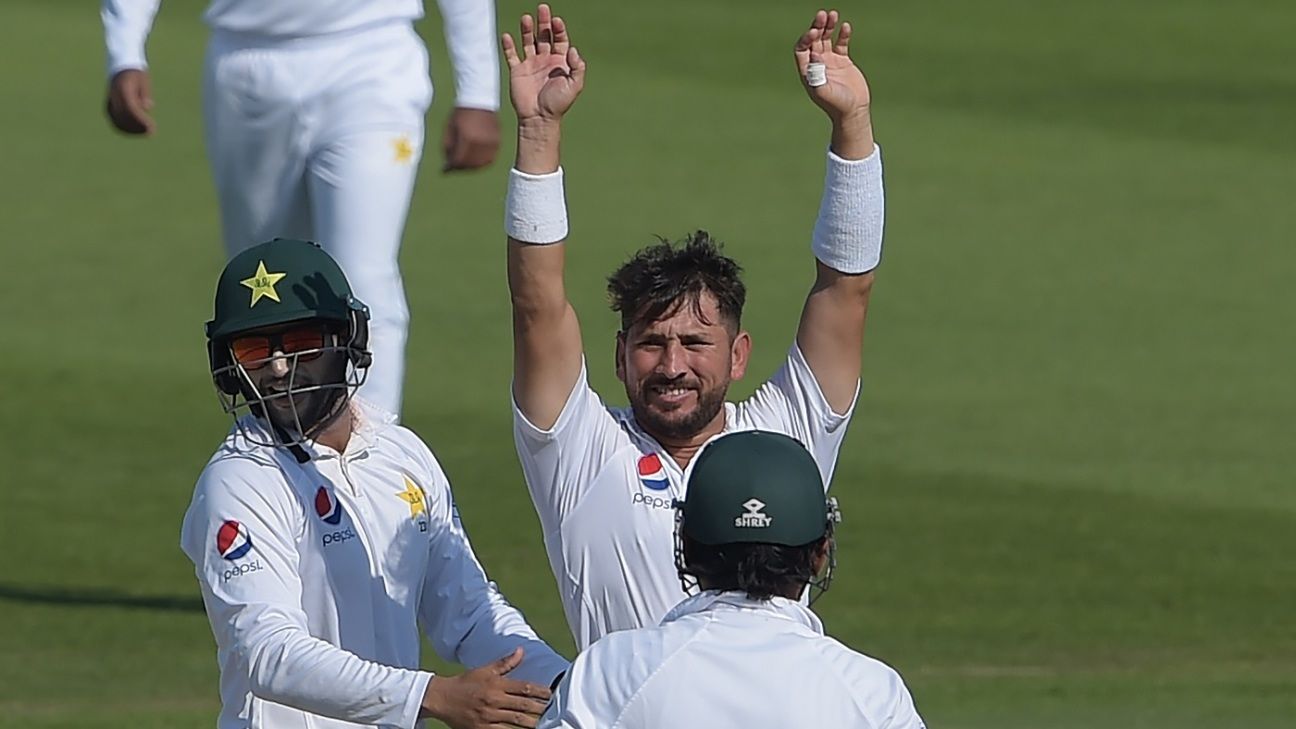 Mushtaq Ahmed has promised to “revive” the career of Yasir Shah, who has been released from Pakistan’s squad after being left out of the XI for the first Test against Sri Lanka.

Mushtaq, the former Pakistan legspinner, is with the PCB as a consultant, contracted to work with spinners at all levels, from age-group to national team, for 120 days over a 12-month period. Yasir will work with Mushtaq at the National Cricket Academy in Lahore, and rejoin the Pakistan squad ahead of the second and final Test in Karachi, which begins on December 19.

Yasir has endured a slump in form of late, picking up four wickets at an average of 100.50 on the recent tour of Australia, while conceding close to five runs an over. In his last Test series before the Australia tour, in South Africa in 2018-19, he picked up just one wicket at an average of 123.00.

In the last Test Pakistan played before the South Africa tour, against New Zealand in December 2018, Yasir became the fastest bowler in history to 200 Test wickets, breaking the 82-year-old record of fellow legspinner Clarrie Grimmett.

Mushtaq believes all Yasir needs to get back to his best is a shot of confidence.

“He is not applying himself properly and with a legspinner you always have to be patient,” Mushtaq told ESPNcricinfo. “He has forgotten the process he used to follow while running in to bowl each ball. He has been impatient to regain his form as quickly as possible, and trying too hard to take wickets. He is pushing himself to live up to the expectations, and it is unfair that people suddenly started to doubt him, and he isn’t getting a lot of support either.

“We shouldn’t doubt our best bowler, who has taken 200-plus wickets for his country. He has been winning games for us and you cannot just write him off on the basis of what he has done in Australia. Sometimes it’s about form, and sometime it’s about pitches that aren’t really helping you, but a good bowler remains a good player. You can’t judge him merely on the basis of two games. He is good as ever, but needs to be given confidence, and I am going to help him revive himself and make a strong comeback.”

Mushtaq reckons that the bulk of his work with Yasir will be on the mental side of his bowling.

“I have good chemistry with him and he is a good listener,” Mushtaq said. “I know three days aren’t enough as far as coaching is concerned, but all I have to do is fine-tune him, and take the negative thoughts out of his mind. He probably started doubting himself, and his mindset dragged a bit.

“There are rough patches in everyone’s life, but you don’t leave your best cricketers behind. You have to stick with them and trust them. There are few technical aspect I am going to speak to him about, [such as] him being in a hurry all the time. He needs to calm himself down and just reassess himself. I am confident that he will be different when you see him next.”

Pakistan chose to do without a spinner in Rawalpindi, and picked four fast bowlers instead. The decision to leave Yasir out was one of many left-field selections that Pakistan have made recently under Misbah-ul-Haq, who serves as both head coach and selector. With rain making only 91.5 overs possible across the first three days of the Test, it hasn’t really been possible to assess the merits of the selection.

Pakistan’s quicks have recovered well after a poor first session to keep Sri Lanka to 282 for 6, but with so much time lost to rain, it may not be possible to tell if they would have missed a spinner on a wearing fourth- or fifth-day surface.