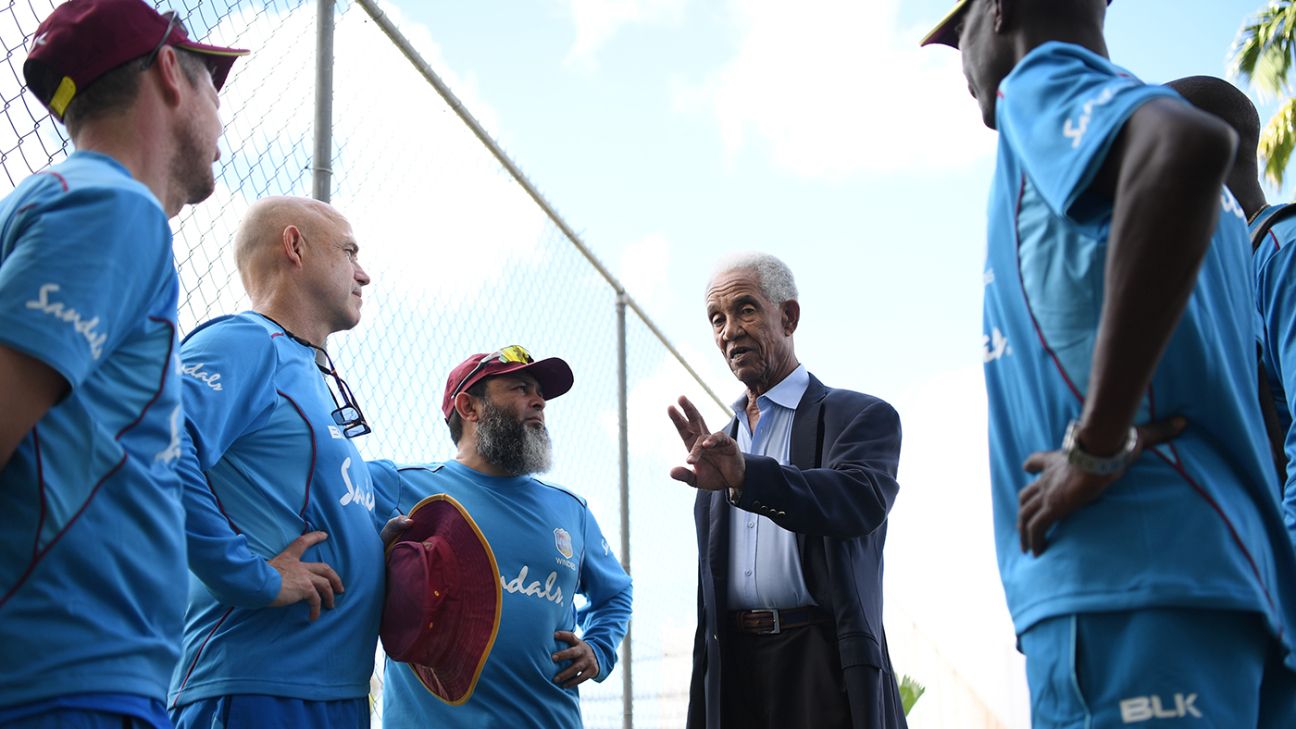 West Indies’ coaching staff for the upcoming tri-series in Ireland as well as the World Cup in England will include former Pakistan spin great Mushtaq Ahmed as well as former fast bowlers from the Caribbean Corey Collymore and Roddy Estwick. Cricket West Indies (CWI) announced the team of support staff, which will assist newly appointed interim coach Floyd Reifer, on Monday.

While Estwick was named assistant coach, Mushtaq was put in charge of spin bowling and Collymore, pace bowling. None of these three are new to the West Indies set-up, though. Former Barbados fast bowler Estwick was previously named West Indies’ bowling coach in May 2016, and previously worked with their Under-19s and High Performance Centre. Collymore had been serving as bowling coach under previous coaches too, for the past year. Mushtaq, who has previously worked with England and Pakistan, had taken on a consultancy role with West Indies last year.

The new team of coaching staff takes charge in the lead-up to the tri-series against Ireland and Bangladesh, which precedes the World Cup. The squad began a preparatory camp for the assignments ahead in Barbados on April 15.

West Indies’ director of cricket Jimmy Adams said: “In consultation with interim head coach Floyd Reifer, [we] assembled a strong support group of coaches to work with the squad for the tri-series… This support group will continue throughout the ICC Cricket World Cup in England.”

CWI also announced the appointment of Imran McSood-Amjad as the board’s independent director. The decision to appoint McSood-Amjad, the chairman and first CEO of NAGICO, a recent sponsor of domestic cricket in the West Indies, was ratified by the CWI board of directors in a board meeting.

A CWI statement said: “Mr McSood-Amjad joins CWI with a wealth of knowledge and experience in the insurance and motor industries. A self-made entrepreneur and philanthropist, Mr McSood-Amjad and his NAGICO Insurances organization have long had an active involvement in West Indies cricket, including NAGICO being a recent past sponsor of the West Indies Super50 Cup. He is also Chairman of Motorworld, Caribbean Auto and International Motors Ltd in St Maarten. His passion for cricket in the West Indies runs deep and he is the founder and current Chairman of the St Maarten Cricket Association.”